People are only just remembering what Dunelm was called before rebrand 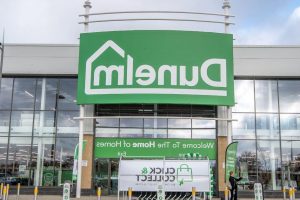 Dunelm is loved by many who are into sprucing up their homes on a budget.

The homeware dedicated retailer first opened its doors in 1984 and now has over 170 stores up and down the UK.

Despite it being a store many hold close to their home decor hearts, some people have only started to realise one major detail about the store name.

Shoppers have been left dumbfounded by the fact that Dunelm was not always called Dunelm.

A tweet posted by presenter and journalist Mared Parry kicked off the debate on whether the shop was originally called something else.

She wrote: “Was Dunelm once called Dunelm Mill or did I completely make this s*** up.”

And, Mared was not the only one baffled about the actual name of the homeware store.

Twitter user Dario Valente was equally as confused about the current name of Dunelm.

He shared: “I’m gonna shock you here, but it’s not called Dunelm Mill. It’s just Dunelm. No Mill at all. I’m not lying either, look it up.”

The rebranding that took place nearly 10 years ago occurred as the company decided to ditch the ‘Mill’ as they wanted to “reflect what its customers had called it for years.”

Dunelm replied on Twitter to confirm that this was the actual case, in response to Mared the homeware company replied: “Yes hun.”

And, apparently a lot of us must have been living under a rock since 2013 as many people were also surprised to find out Dunelm got rid of the ‘Mill’.

One user remarked: “Wait what??”

Another added: “Since when.”

But this person admitted: “I’ve literally never known there to be a Mill on the end.”

Let us know in the comments if you call the shop Dunelm or Dunelm Mill!