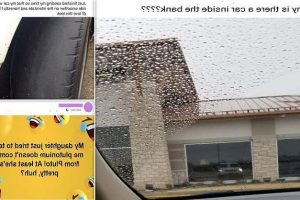 Not the brightest sparks! Social media users share comments people with no common sense have shared online – including one man who asked why farmers grow crops when you can just buy them in the supermarket

We can all learn a lot from using social media. However, it can sometimes feel as though it’s actually making people dumber.

Social media users from around the world have been sharing the hilarious comments they’ve spotted online, with Bored Panda collating the most shockingly stupid posts into a hilarious gallery.

One person stunned other Facebook users when they questioned why farmers were growing crops when they could shop at the supermarket instead.

Another was left confused after spotting the reflection of a car in the window of a bank. 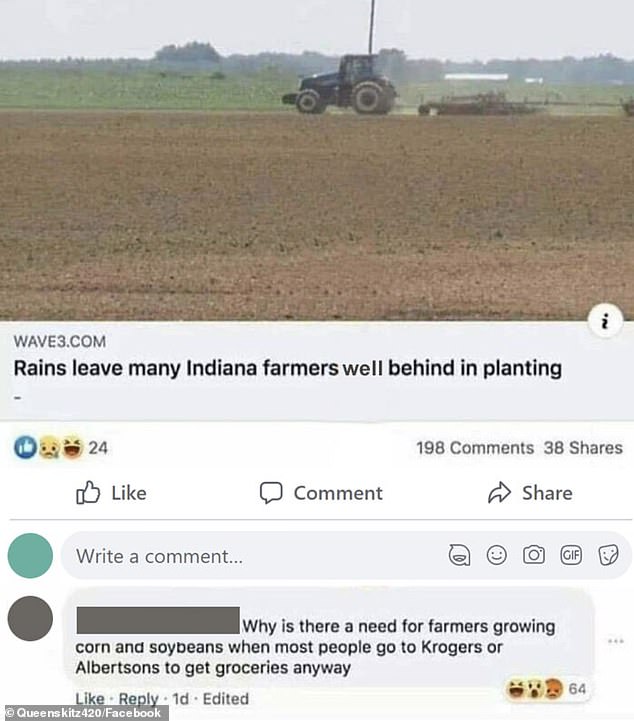 Social media users from around the world have been sharing the hilarious comments they’ve spotted online, with Bored Panda collating the most shockingly stupid posts into a hilarious gallery (pictured, this person questioned why farmers even need to grow corn because it can just bought in the supermarket) 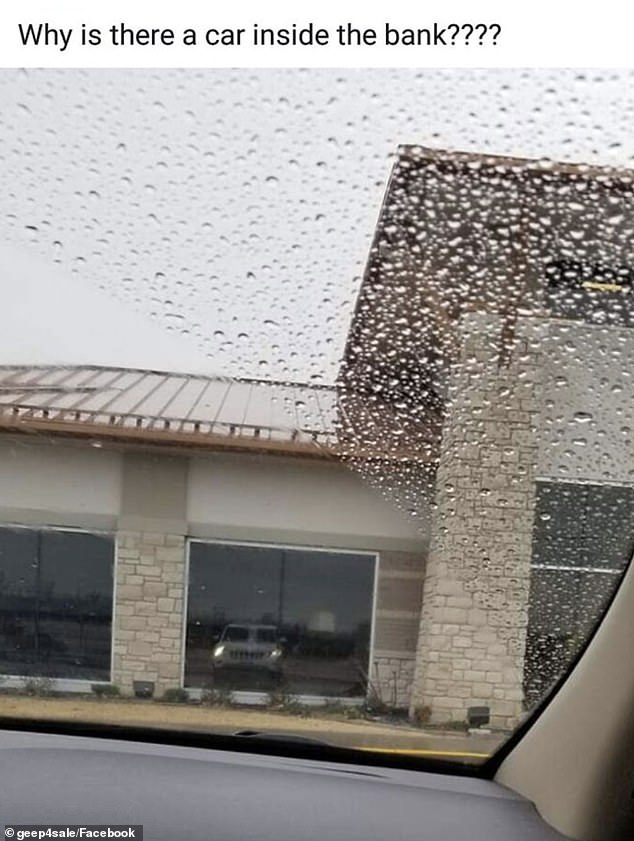 Weird! This person in the US appeared never to have seen a reflection before  and was shocked to see a car inside the bank 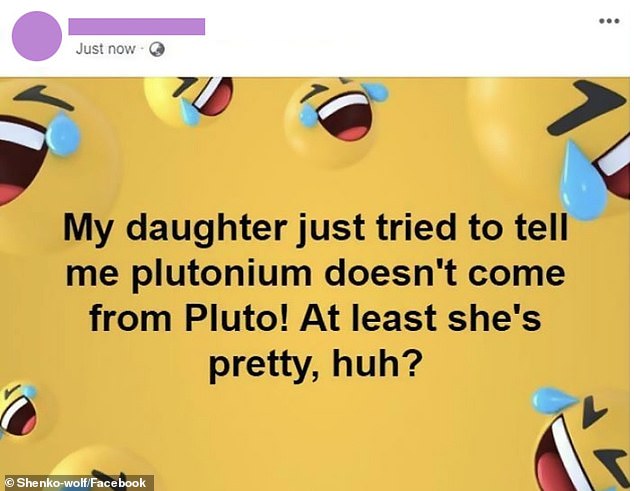 Huh? This father, from the US, could learn a thing or two from his ‘pretty’ smart daughter because plutonium is a byproduct of the nuclear power industry and indeed not found on Pluto 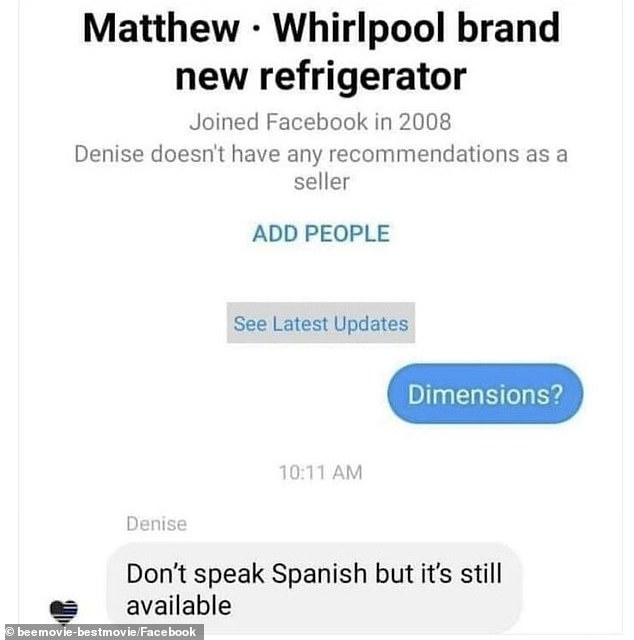 Qué? After a man approached another American Facebook user to ask the dimensions of a fridge, it appeared she didn’t speak any English either 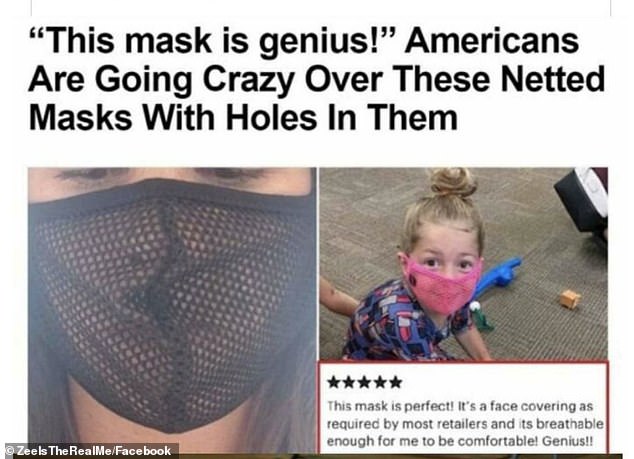 Perfect mask to catch Covid! Some American person branded this mask with holes in it as ‘perfect’ as it is breathable 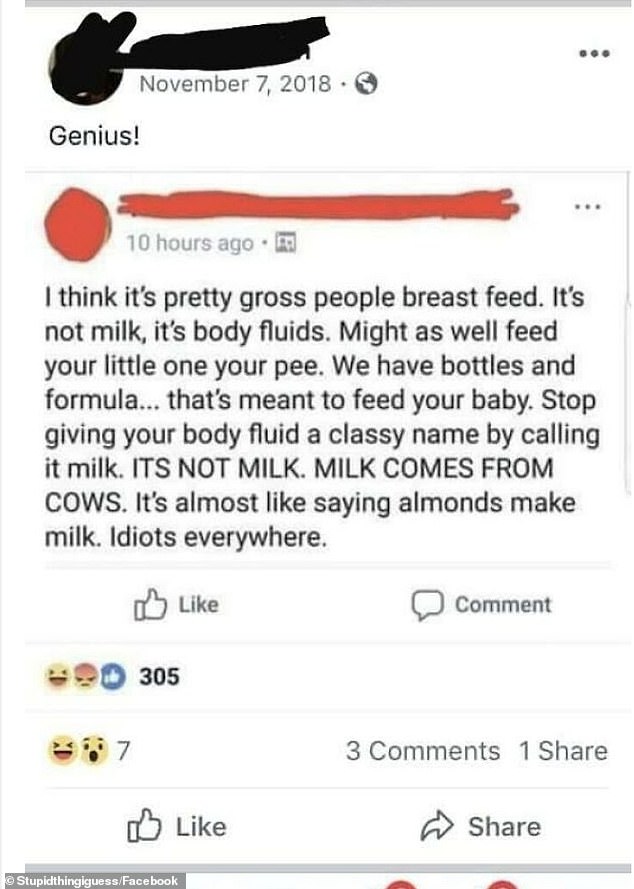 It’s not milk! Apparently this person from the US doesn’t understand where cows milk comes from 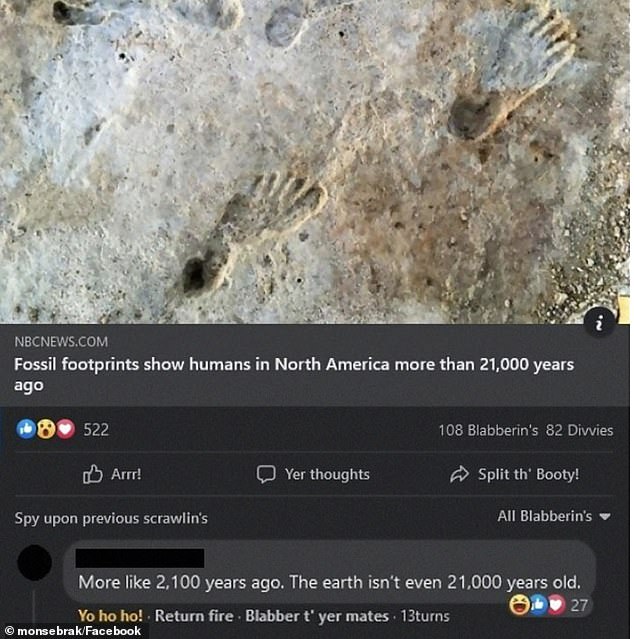 Awkward! This person appeared to be very confused by how long the earth has been around and said it was just 2,100 years old 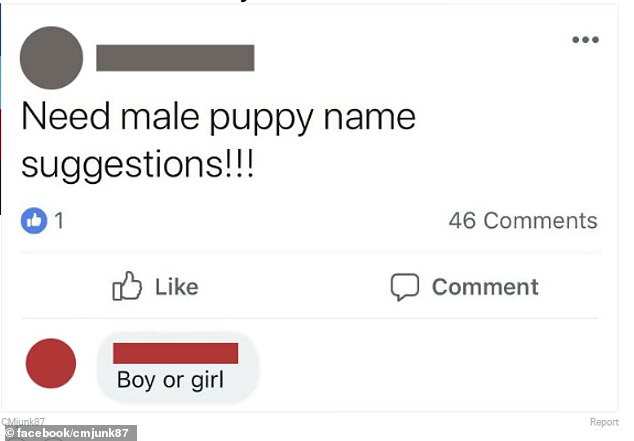 Boy or girl? One person was left baffled after asking for male puppy name suggestions – only to be asked the gender of the dog 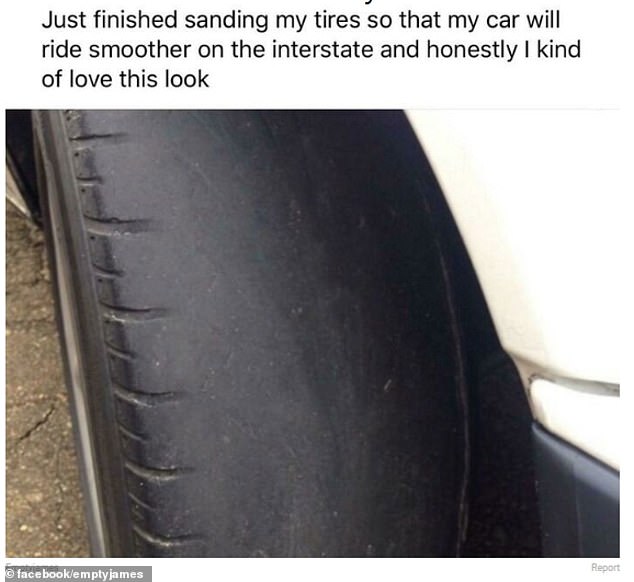 That doesn’t look right! One person, from the US, revealed they had sanded down their tires to remove all the ridges – without thinking about the consequences 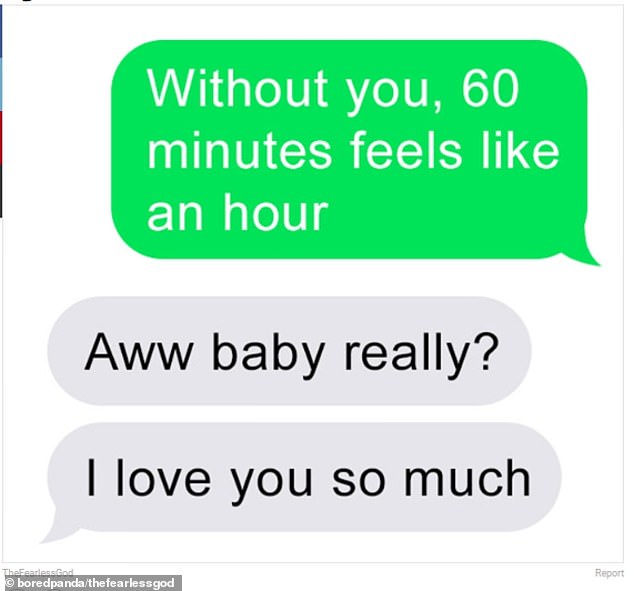 How do you measure love? One person shared this remarkable text exchange after they told their partner ’60 minutes feels like an hour with you’ 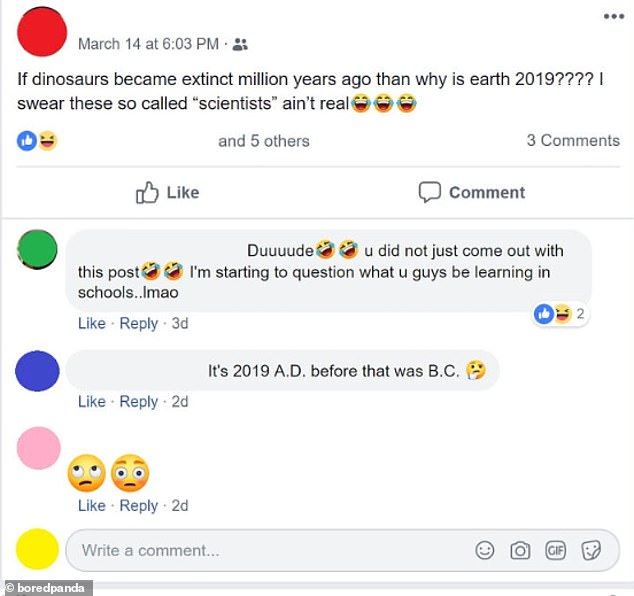 That’s NOT how we measure years! One person said they thought scientists ‘ain’t real’ and questioned the existence of dinosaurs if they became extinct a ‘million years ago’ 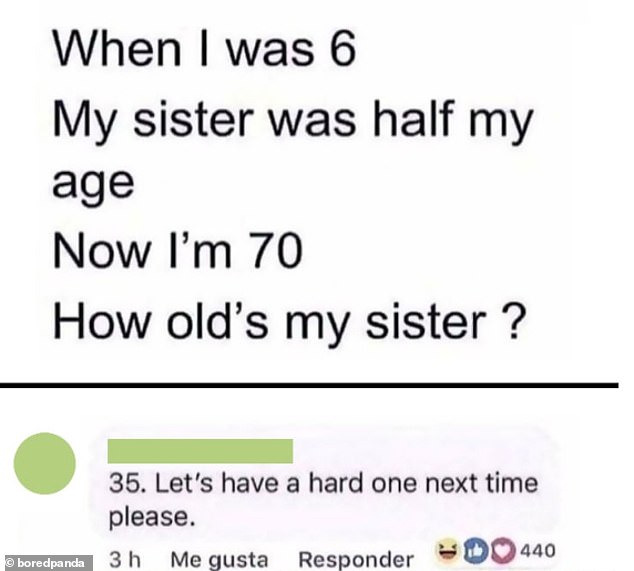 We’re not convinced that’s the right answer! One person was pretty indignant about this puzzle online – particularly given they miscalculated the equation