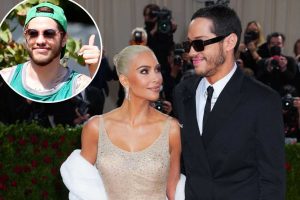 Thumbs up for team Skete.

Pete Davidson looked somewhat chipper while giving a thumbs up to paparazzi and flashing a smile on Thursday despite his breakup with Kim Kardashian making headlines less than a week ago. 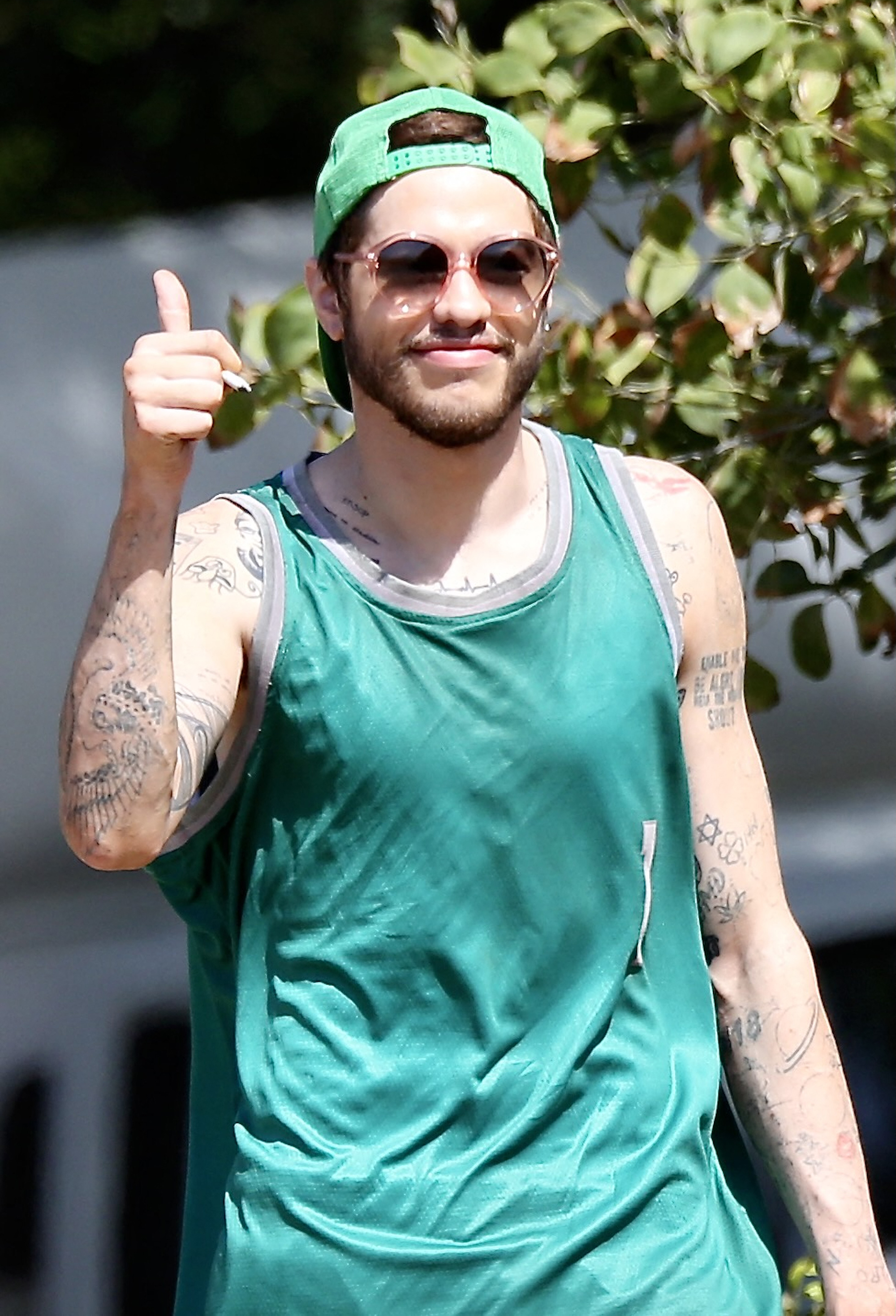 The “Saturday Night Live” alum, 28, was photographed arriving to set for another day of filming the movie “Wizards!” at Wangetti Beach in Queensland, Australia.

Davidson kept his look casual with a green tank, a matching green baseball cap on backwards, and light orange round sunglasses. 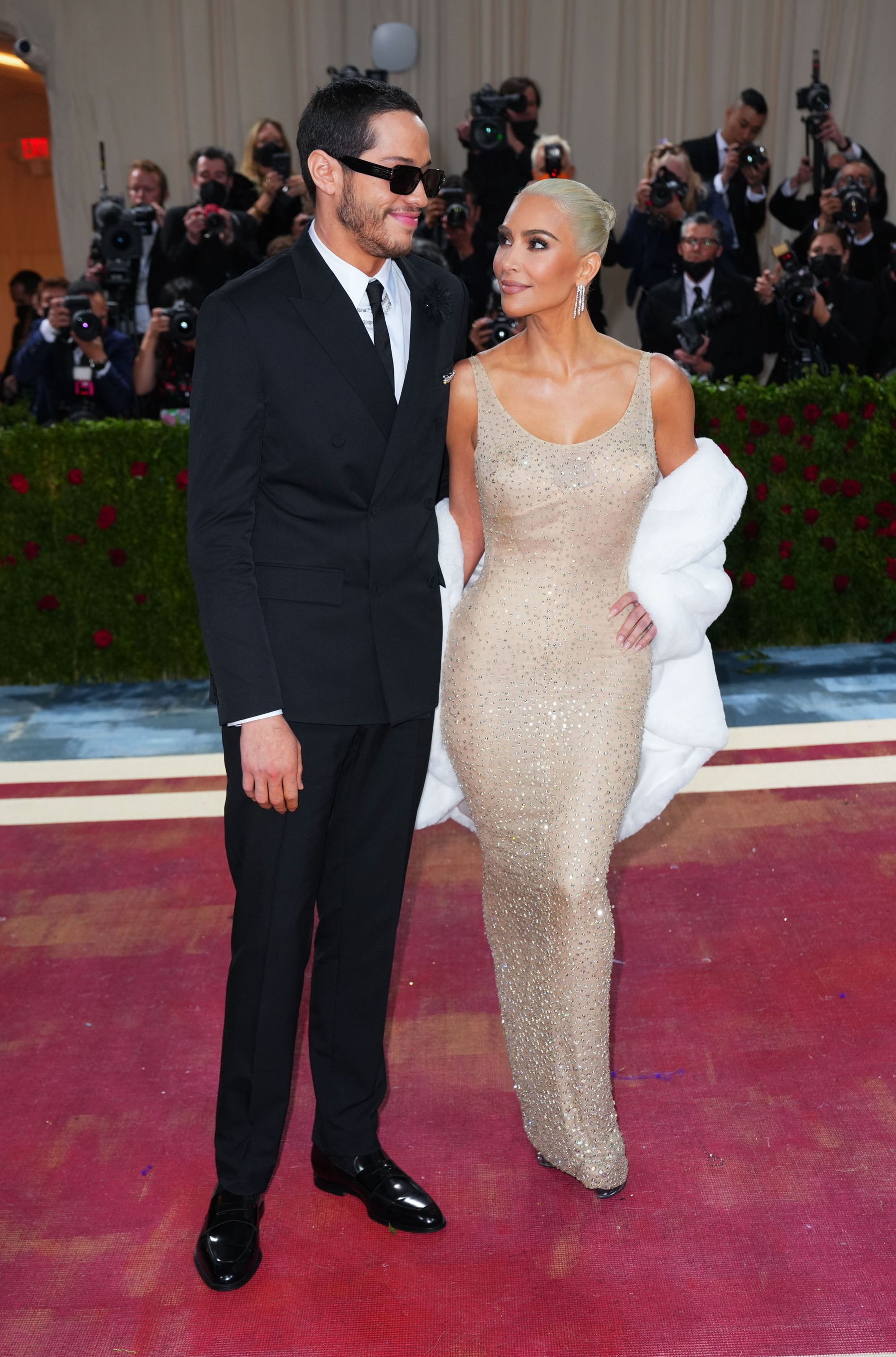 The “King of Staten Island” star’s thumbs up seems to signal that he’s doing alright even after Page Six confirmed that he’s been in “trauma therapy” following Kardashian’s ex-husband Kanye West’s social media attacks on him. 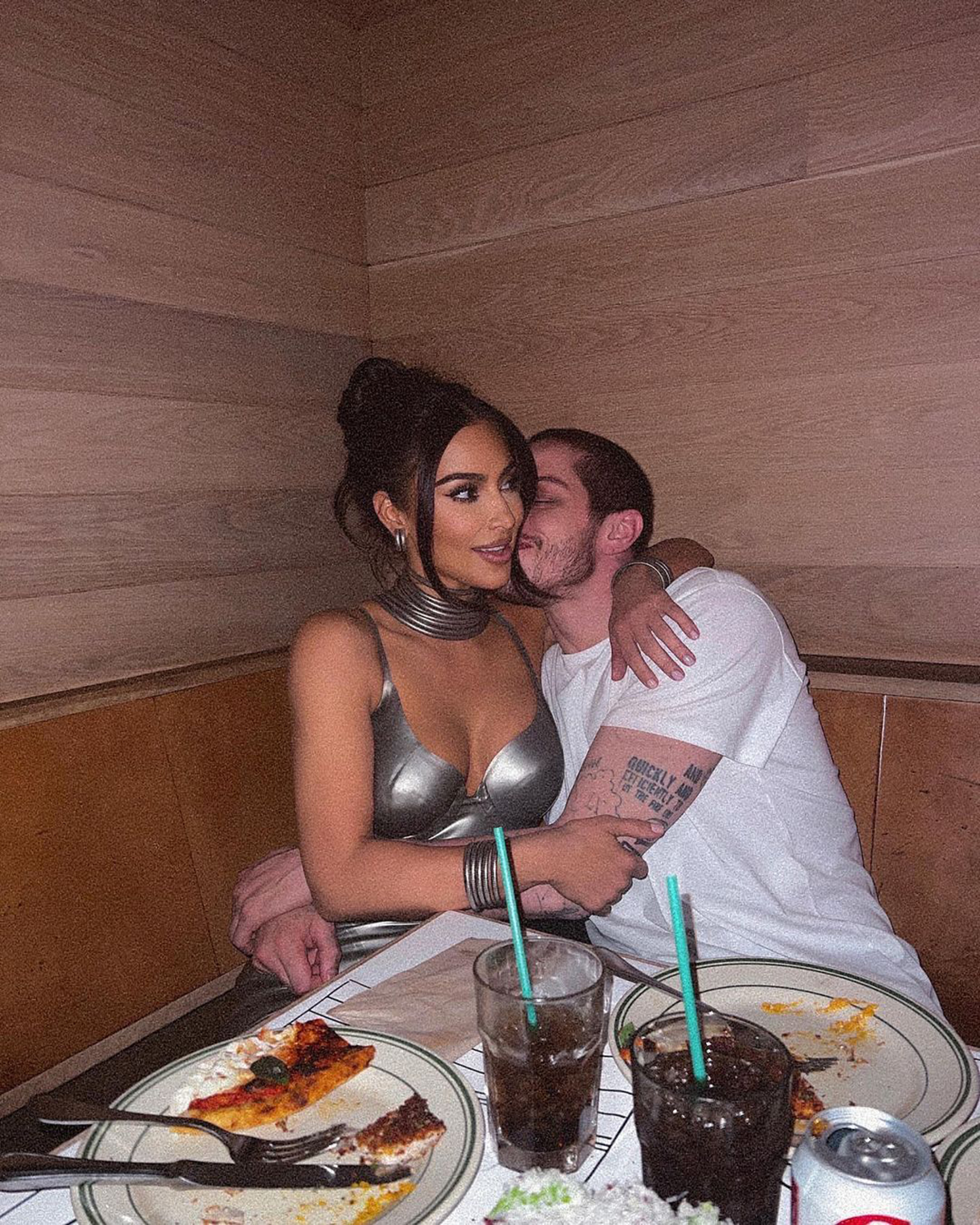 “The attention and negativity coming from Kanye and his antics is a trigger for [Pete], and he’s had to seek out help,” a source told People, who first reported the story on Monday.

An insider told us that Kardashian, 41, was “very supportive” of him seeking help on behalf of West’s “detrimental” social media posts. 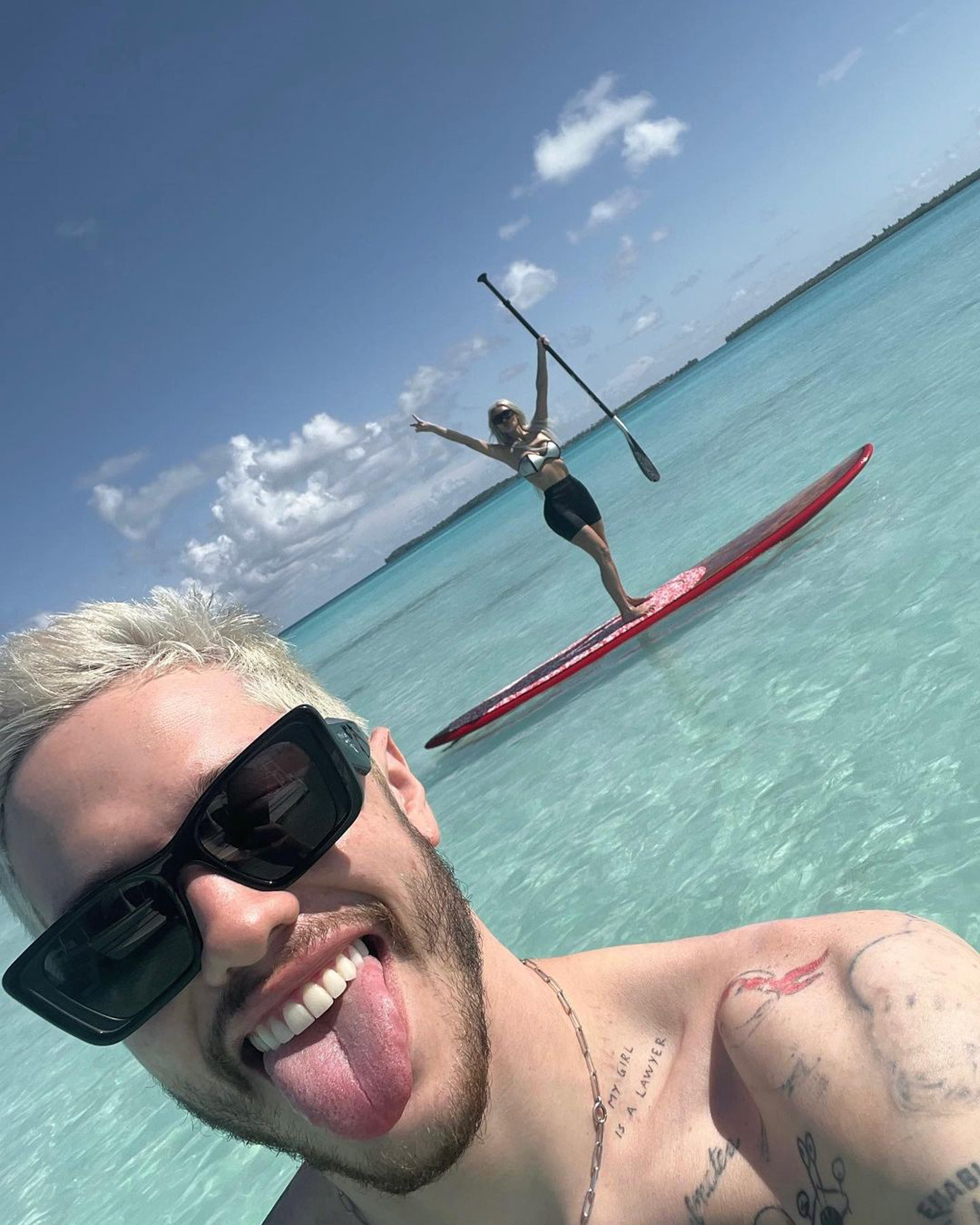 “They have a lot of love and respect for each other, but found that the long distance and their demanding schedules made it really difficult to maintain a relationship,” a source told us at the time, referring to Davidson’s filming schedule in Australia and Kardashian balancing her businesses and co-parenting her four kids with West in Los Angeles. 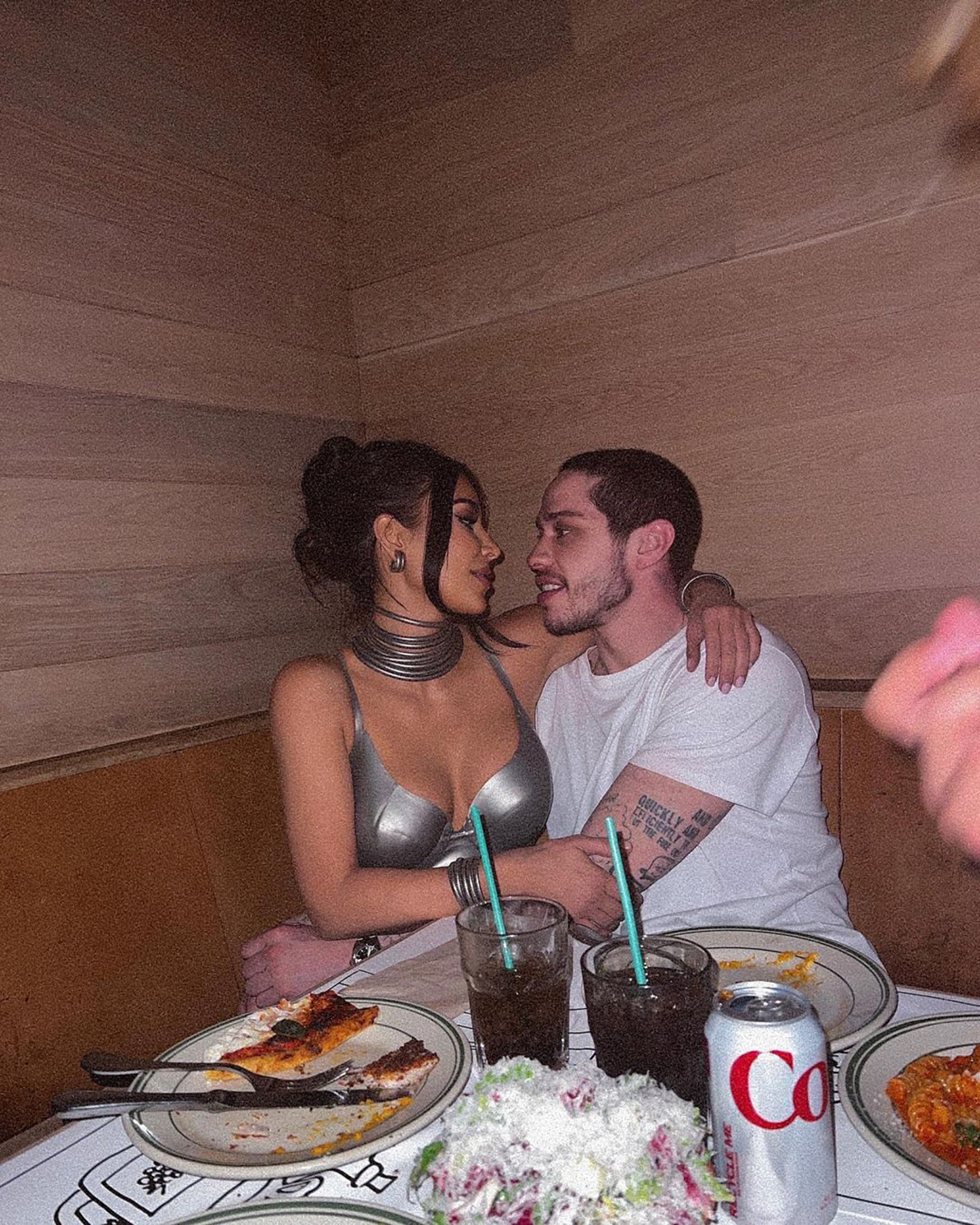 A second insider told us their 13-year age gap affected their relationship, because “they are just in very different places at the moment.”

“Pete is totally spontaneous and impulsive and wants her to fly to New York, or wherever he is on a moment’s notice,” the source said. “But Kim has four kids and it isn’t that easy. She needs to focus on the kids.”

Despite the breakup, we’re told Kardashian, who was declared legally single in June, is not planning on rekindling with her rapper ex-husband. 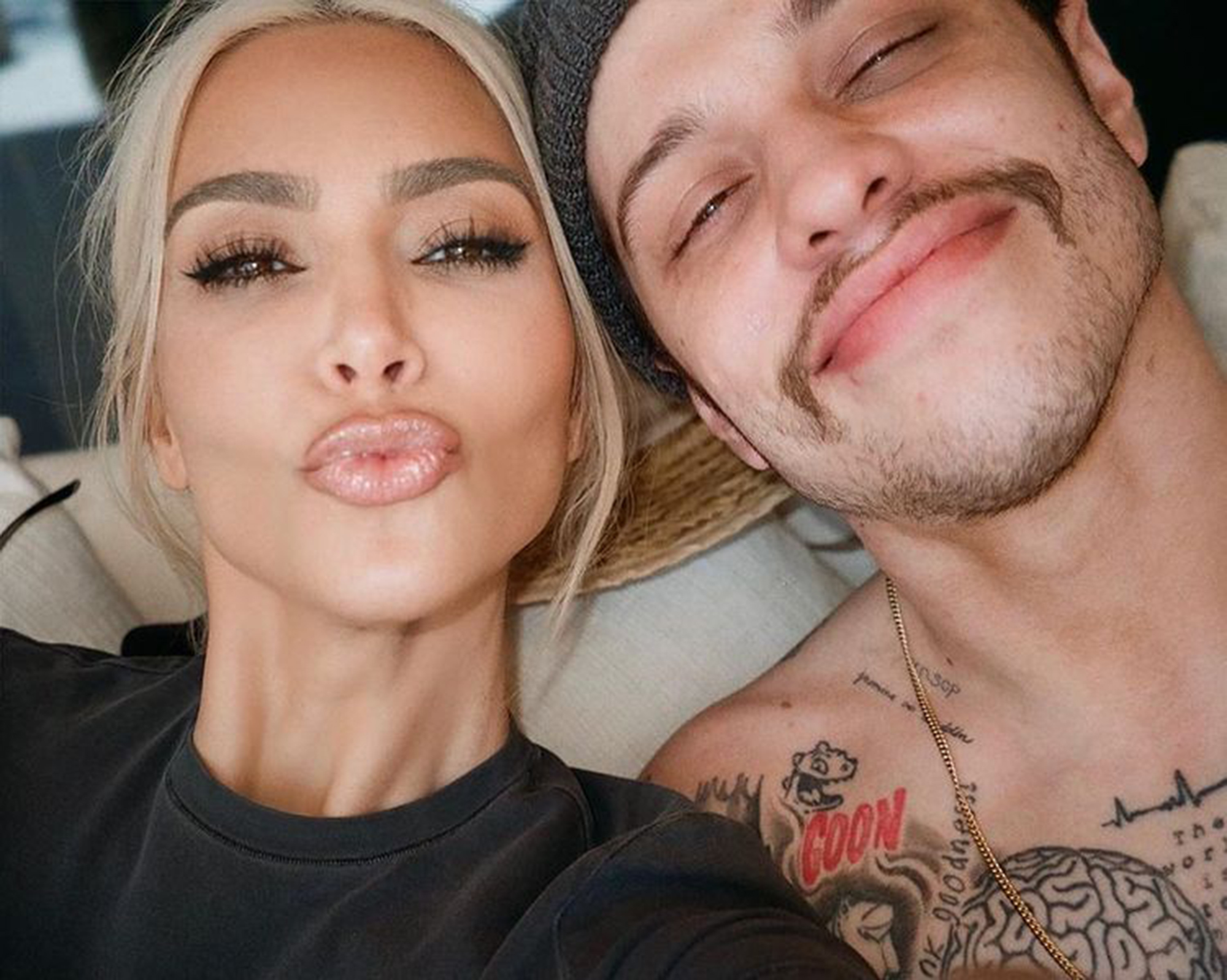 “The divorce is moving forward, and they are focusing on co-parenting,” one of our insiders told us.

The “Kardashians” star and Davidson began seeing each other after they shared an on-screen kiss during her “SNL” hosting gig in October.

“When we kissed, I was just like ‘Mmm!’ It was a stage kiss, but it was still a little zing,” Kardashian said on an April episode of Dear Media’s “Not Skinny But Not Fat” podcast with Amanda Hirsch.

Neither Kardashian nor Davidson have publicly addressed their split.