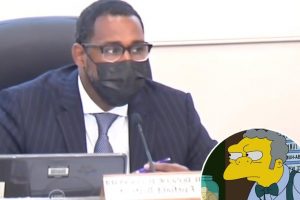 Has anyone seen Don Keydick?

Decades after Bart Simpson’s merciless torture of Moe Szyslak, a Virginia school board member has walked right back into the same trap again. And again, And again.

Reverend Dr. Roscoe D. Cooper III was tasked with calling out the names of people registered to speak during a public comment section of a Henrico School Board meeting on Thursday, but noticed — much to his puzzlement — that none of the supposed attendees were responding… not even Phil McCracken.

Name after name he called, each one a no-show, including Suuk Mahdick or her brother Luke Mahdick, Ophelia McCaulk, or Eileen Dover. 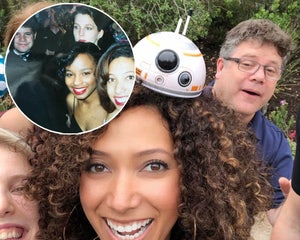 Don Keydick was also nowhere to be seen, and Wayne Kerr had also appeared to have changed his mind about coming.

Despite sounding out each one of the very obviously prank names out loud, Cooper continued through the list deadpan; even his fellow board members seemed to be unaware they’d all been had:

A fellow teacher shared the hilarious vid — which has been watched more than 13million times — but also highlighted Cooper as an amazing person and Chair.

In a tweet reply, Cooper admitted blindly walking into the trap head-first… but added he got a laugh out of it.

“Thanks Matt! I appreciate you brother!” he wrote. “I’ve laughed since, but those names totally went over my head. Had no clue they weren’t legit.”

No word yet on who the responsible party is… 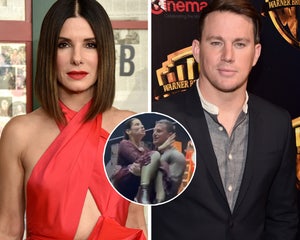