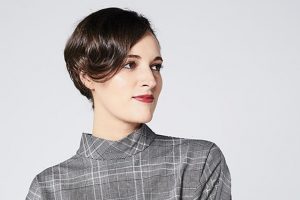 Phoebe Waller-Bridge has gotten a greenlight at Amazon for a new series, Variety has confirmed.

Details on the show’s plot are currently being kept under wraps, and it is currently unknown whether it will be a comedy or drama. It is expected the go into production some time before the end of 2022.

Waller-Bridge is best known for creating and starring in the hit comedy series “Fleabag,” which was based on her one-woman show of the same name. The show aired on Amazon in the U.S. and proved to be a massive critical success. The show won six Emmy Awards across its two-season run at the streamer, including best comedy series. Waller-Bridge won the Emmys for best writing for a comedy series and best actress in a comedy.

The show also won the Golden Globe for best comedy series while Waller-Bridge won the best actress in a comedy Globe as well.

Waller-Bridge is currently under an overall deal at Amazon, with this new show being the first project to be greenlit as a part of that deal. She was previously attached to Amazon’s series adaptation of “Mr. and Mrs. Smith” opposite Donald Glover, but exited the project in 2021.

She is also known for developing the series “Killing Eve,” which is currently airing its fourth and final season. She previously created and starred in the series “Crashing” and most recently worked on the screenplay for the James Bond film “No Time to Die.” As an actress, she will appear in the upcoming fifth Indiana Jones film and lent her voice to the droid L3-37 in “Solo: A Star Wars Story.”

She is repped by UTA, Independent Talent Group, and Johnson Shapiro Slewett & Kole.