Home » Lifestyle » Phonics to the fore in pared back Australian curriculum

Phonics to the fore in pared back Australian curriculum 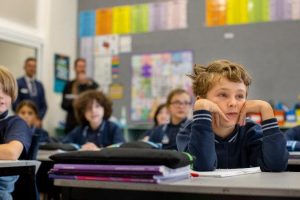 Australia’s school curriculum has been stripped of more than 20 per cent of its content, in a revamp that gives greater emphasis to phonics in teaching children to read and introduces key maths content earlier.

Reference to balanced literacy techniques, including the “three-cueing system” and the use of “predictable texts” that encourage children to guess words when learning to read, have been cut from the foundation stage curriculum, in confirmation the Australian Curriculum and Assessment Authority has jettisoned balanced literacy techniques for the explicit use of phonics. 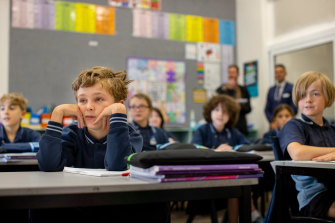 The ninth version of the Australian curriculum elevates phonics in the teaching of reading. Credit:Simon Schluter

However, those texts and strategies remain standard in many Victorian primary schools and will take years to be phased out, one literacy expert warned.

La Trobe University school of education associate dean Pamela Snow said the greater focus on phonics in the national curriculum was a “major breakthrough”, but would not lead to change unless primary teachers received more support.

“It still needs to come out of initial teacher education, and that’ll be a very difficult extraction, there is going to need to be a lot of professional learning support,” Snow said. “And then it needs to filter down to state level [curriculums] as well.”

The ninth version of the Australian curriculum was published on Monday, ahead of its adoption in classrooms from next year. 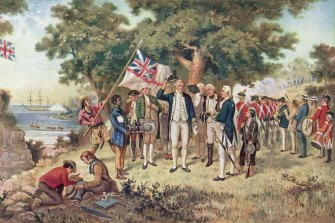 The study of Australian history will focus on the impact of, and perceptions of – the arrival of Europeans on First Nations Australians.Credit:Hulton Archive/Getty Images

Primary school students will also be expected to gain greater mastery of addition and subtraction from year 1, and of multiplication from year 2, in an effort to align the curriculum with PISA, the OECD’s Programme for International Student Assessment, an international test in which the results of Australian students has fallen three years behind Singaporean students.

Explicit reference has also been added to what students should be able to calculate in their heads, instead of with a calculator, “reinforcing the importance of achieving proficiency in foundational skills”.

Catherine Attard, professor in mathematics education at Western Sydney University, said the new curriculum will have done its job if it helps teachers educate children to be problem solvers.

At the secondary school level, two new compulsory history strands have been added to the otherwise pared-back curriculum, with every student in year 10 expected to study a sub-strand on Australian history between 1750 and 1914, and another dealing with the post-World War II era.

The first version of the curriculum sparked a politically driven culture war when it was published last year, with federal Education Minister Alan Tudge arguing it gave young people “a negative, miserable view of Australia”.

It followed references in a draft to the Anzac legend as a “contested idea” and the removal of references to Australia’s Christian heritage from civics and citizenship learning areas.

The final version – endorsed by all Commonwealth, state and territory education ministers last month – has “strengthened and made explicit teaching about the origins and Christian and Western heritage of Australia’s democracy, and about the diversity of the Australian communities”, the Australian Curriculum, Assessment and Reporting Authority said.

Content on Australia’s Indigenous history and culture includes the study in year 7 of Australia’s “deep time” history, dating back 65,000 years, as well as “revised content descriptions and elaborations in relation to Australian history to focus on the impact of, and perceptions of – the arrival of Europeans on First Nations Australians”, the authority said.

New materials on the teaching of consent and respectful relationships and on digital privacy and security have also been added.

Victoria has its own curriculum, which is guided by the Australian curriculum.