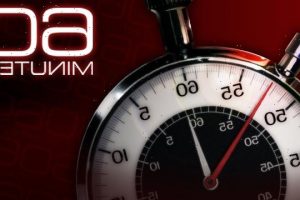 The long-running newsmagazine will form the bulk of a new channel at Pluto, the ad-supported streaming outlet that is, like CBS News, part of Paramount Global. The streaming channel is expected to launch sometime this year, Bill Owens, executive producer of the show, told staffers Thursday.

“The channel will allow us to share our broadcast and historic archive with the wider world,” Owens told employees in a memo. Nicole Young, a longtime producer who works with “60 Minutes” correspondent Scott Pelley, will oversee the new venture, which will potentially let consumers sample decades of “60 Minutes” reports, whether they encompass a Mike Wallace investigation, an Ed Bradley interview with Bob Dylan, or Leslie Stahl’s various exchanges with former President Donald Trump.

The move shows “60 Minutes” continuing to explore opportunities to reach a new set of viewers through digital means. The show launched a program for Quibi, a hub for short-form streaming video, before it failed, and then tried to make that program work on Paramount+. Producers hired a new staff of younger correspondents, including former Washington Post writer Wesley Lowery, and CBS News’ Seth Doane. The program, “60 Minutes+” was applauded for its quality but did not find the audience traction that Paramount+ executives desired. The show ended its run last year.

Young will work as a senior producer over the new Pluto channel. Over the course of her career, she has covered everything from attacks on Ukrainian hospitals to an impeachment inquiry against President Donald Trump. Her assignment s have taken her to Syria, Yemen, South Sudan, the Democratic Republic of Congo, and Afghanistan, among other places. She will continue to work with Pelley as one of his producers.

“Simply put, Nicole Young is one of the most productive and awarded producers at 60 Minutes,” Owens said.