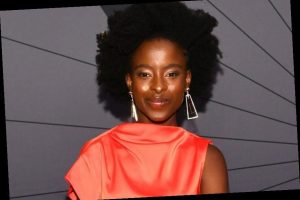 The relationship between racial profiling and the Black community, though unfortunate, as always existed and can happen to almost anyone. From singer Leona Lewis’ account with a racist shop owner to mogul Oprah Winfrey being denied of an opportunity to buy a high-end bag at the Swiss store, unfortunately Black women are no exception to the discrimination placed onto us.

Tonight, Amanda Gorman—who made history as the youngest inaugural poet in U.S. history – took to her social media accounts to detail her wretched racial profiling incident. While walking home, a security guard “tailed” the 22-year-old Harvard graduate because she looked “suspicious.” In her official Tweet, she continued to describe the situation:

“I showed my keys & buzzed myself into my building. He left, no apology. This is the reality of black girls: One day you’re called an icon, the next day, a threat.”

When reposting on Instagram a screenshot of her Tweet, she used the characters in her caption to take back what it means to be a threat as a Black woman in America. “In a sense, he was right. I AM A THREAT: a threat to injustice, to inequality, to ignorance,” her caption read powerfully. “Anyone who speaks the truth and walks with hope is an obvious and fatal danger to the powers that be.”

Emmy-winning entertainment host and personality Shaun Robinson commented by describing the situation as “horrid” and “awful.” “We need to protect our Black girls. The bias towards them manifests itself in situations like this everyday.” Stylist and creative director Jason Bolden asked, “Will it ever change?,” regarding the everyday experience of “just being Black” to which Gorman responded, “Everyday just being that Black iconic threat.”