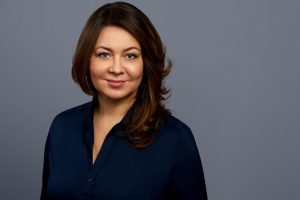 Urszula Piasecka has been unveiled as the new CEO of Polish film distributor Kino Świat.

She will replace Frederic Berardi, moving up from a board advisor position focused on content monetization that she’s held since May last year.

This comes after Canal+ Polska bought a 70% stake in Kino Świat in November 2019 from Tomasz Karczewski and Marcin Piasecki and increased that to 86% last year.

Since the initial investment, Berardi has held the combined roles of CEO and Vice-President of Kino Świat’s management board along with his role as CFO of Canal+ Polska. He retains his Canal+ posts

She said Kino Świat’s work during the pandemic had confirmed its position as a key Polish distributor. “The Kino Świat team, despite numerous restrictions and limitations caused by the coronavirus pandemic, has successfully launched films on domestic screens that have met with great interest from audiences and have successfully responded to new market challenges through developing, among others, the area of VoD distribution.”

The Kino Świat catalogue contains 2,300 hours of cinema and television films — over 1,400 productions.