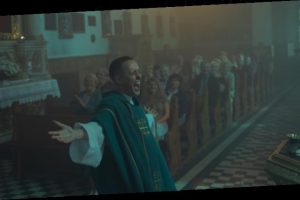 Though Jan Komasa’s “Corpus Christi” was a dark horse in the best international feature film category at this year’s Academy Awards, it should have come as no surprise to see a Polish director walking the red carpet outside the Dolby Theatre on Feb. 9. “Corpus Christi” was the country’s third Oscar nomination in the past six years for what was formerly known as the foreign-language film, joining Paweł Pawlikowski’s 2019 nominee “Cold War” and Pawlikowski’s 2015 winner “Ida.”

If these are heady times for the Polish film industry, however, the international kudos only tell part of the story. Poland continued its torrid stretch at the box office in 2019, as Europe’s sixth-largest theatrical market broke records for the sixth year running, with total box office and admissions hitting all-time highs.

More tellingly, Polish films held their own against Hollywood mega-franchises, with four local productions appearing with the likes of Disney’s live-action “The Lion King” and “Frozen 2” among the year’s 10 highest-grossing films.

That tally is hardly an outlier. In 2018, Polish films claimed the top four spots at the year-end box office, while local market share has held around 30% for much of the past decade — among the highest rates in Europe. And the local industry is off to another fast start in 2020, with two Polish productions — Maciej Kawulski’s “How I Became a Gangster. True Story,” and the third installment in Władysław Pasikowski’s hit “Dogs” crime franchise — already topping 1 million admissions. “This year will definitely not be worse than the last one. January’s box office results can already confirm that,” says Robert Kijak, CEO of distributor Next Film.

Yet the Polish romcoms and mob thrillers atop the box office is a relatively recent phenomenon. “Fifteen, 20 years ago, moviegoers were ridiculing the attempts of local filmmakers to mimic American blockbusters — to make a good Polish crime film, or to make a good Polish romantic comedy,” says Jakub Duszyński of indie distributor Gutek Film. “It feels as if the new generation of producers nailed the formula, and they can deliver a film that pleases local tastes and stands on a very high level of professional execution.”

Not all of those efforts pan out. Amid the country’s rightward turn under the ruling Law and Justice party, some Polish producers have tried to cash in, mounting lavish war epics and patriotic period dramas. But most of their big-budget gambles have flopped. Local arthouse films, meanwhile, have frequently over-performed, bolstered by the growing international reputation of a generation of bold Polish filmmakers.

Pawlikowski and Komasa aren’t the only directors to claim international accolades in recent years. Małgorzata Szumowska is a two-time winner of the Berlinale’s Silver Bear (“Body,” “Mug”), while Tomasz Wasilewski also triumphed in Berlin with “United States of Love.” Other rising Polish directors, including Agnieszka Smoczyńska (“The Lure,” “Fugue”) and Jan P. Matuszyński (“The Last Family”), are regulars at the world’s most prestigious film festivals. Robust financial backing from the Polish Film Institute, meanwhile, has been instrumental in helping the younger generation to emerge.

Jan Naszewski, CEO of Warsaw-based sales agent New Europe Film Sales, estimates that roughly a quarter of admissions for Polish releases last year were for films that could be considered arthouse — including 1.5 million admissions for “Corpus Christi.” While the movie might have expected an Oscar bump at the box office, most of those tickets were sold before the nominations were even announced, says Naszewski, who’s sold the film to more than 45 countries.

“Corpus Christi” might also have been a revelation for Academy voters, but Komasa is a known commodity in Poland. His feature debut, the 2011 teen drama “Suicide Room,” wracked up 800,000 admissions after premiering in Berlin; his 2014 follow-up, “Warsaw ’44,” pulled in more than 1.7 million.

He’s not the only Polish auteur to strike box office gold. Pawlikowski’s “Cold War” had more than 1 million admissions in 2018, four times the number of tickets sold for Steven Spielberg’s own Cold War drama, “Bridge of Spies.” Matuszyński’s “Last Family” drew 600,000 viewers, an impressive tally for a disturbing biopic of the late-20th-century painter Zdzisław Beksiński.

Those and similar successes have meant a robust market for films that in other countries might struggle to find a wide theatrical release. “Local distributors are really ready to pay a lot to handle these local films, because they can produce huge profits — much larger than American studio films,” says Duszyński. “Nobody’s begging you to release these films. You have to fight hard to be onboard with these top directors. Because everyone is able to see the numbers that these films are producing.”

END_OF_DOCUMENT_TOKEN_TO_BE_REPLACED

END_OF_DOCUMENT_TOKEN_TO_BE_REPLACED
We and our partners use cookies on this site to improve our service, perform analytics, personalize advertising, measure advertising performance, and remember website preferences.Ok