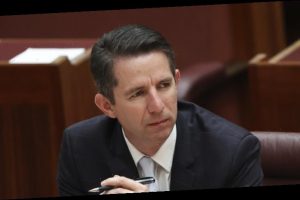 Political staffers have emphatically voted down a pay offer of between zero and less than 2 per cent increase, the first time in 13 years they have rejected an enterprise agreement.

Three in five staff who voted in the ballot in the week before Christmas rejected it. 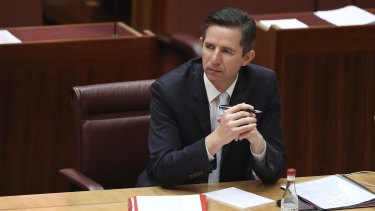 Finance Minister Simon Birmingham has reported a pay offer was voted down by politicians’ staff.Credit:Alex Ellinghausen

The Finance Department had offered a 1.7 per cent pay increase for electorate officers and assistants, 0.85 per cent for advisers, both coming in after six months, and no pay rise for a year for senior advisers and chiefs of staff. It is the first agreement proposed under the government’s new bargaining policy to link public service pay to private sector wages.

It comes after a year in which the federal government has urged wage restraint for public servants and put a freeze on pay rises. It is also reviewing executive bonuses. An analysis of 142 government departments, businesses and statutory authorities found a quarter paid bonuses worth a collective $12.8 million in the 2019-20 financial year.

The NSW government also battled to pause public sector wages growth for a year during the coronavirus downturn, eventually being ordered to give a 0.3 per cent pay rise, while Victoria froze the pay of senior bureaucrats.

Finance Minister Simon Birmingham said in a circular announcing the result of the federal ballot that conditions from the agreement which expired in April would continue and he would advise staff on the next steps "in due course".

The main public servants' union, CPSU, said the offer could have led to pay cuts with no improvements to conditions, with wages growth at a record low.

"Government staffers couldn't stomach their own bosses' bargaining policy. This is a clear sign that it will fail, hurting workers and the economy along the way," acting national secretary Alistair Waters said.

"It's time for Minister Birmingham and Public Service Minister Ben Morton to do some soul searching over Christmas so they can look their staff in eye when parliament returns next year."

A dozen staff working for Coalition MPs had urged their colleagues from all parties to support the pay offer, saying it "recognises their hard work and sacrifice and puts forward an offer that is also in line with community expectations".

"This is an enterprise agreement which recognises how vital staff are to the work of Members and Senators, and the enormous efforts they have undertaken to support their employers and communities during the COVID-19 pandemic," said the email circulated by Nathan Winn, who works for government whip Bert van Manen.

In response, an adviser to Labor MP Mike Freelander, Brydan Toner, wrote he did not believe the offer was in the spirit of backing hard-working staff.

"It is worth noting that the ballot will be secret – no one will be able to see how you vote," he reminded staffers in an email. "There is a precedent for members of the coalition to vote 'no' during an enterprise agreement ballot when holding government. If you wish to vote 'no' – no one can tell you not to."

The last time political staff rejected an enterprise agreement was in 2003. The previous agreement, voted on in late 2016, was agreed to with a 15-vote margin.

END_OF_DOCUMENT_TOKEN_TO_BE_REPLACED

END_OF_DOCUMENT_TOKEN_TO_BE_REPLACED
We and our partners use cookies on this site to improve our service, perform analytics, personalize advertising, measure advertising performance, and remember website preferences.Ok