FOX Business’ ‘Mornings with Maria’ panel tries Popeyes’ chicken sandwich after it made an iconic comeback.

A Popeyes employee has been fired after he was recorded throwing a woman onto the pavement outside a Tennesse restaurant.

This marks the latest violent episode across numerous Popeyes locations since the release of the company's highly-anticipated chicken sandwich — many of which are being documented on Twitter.

Twenty-nine-year-old Deriance Ra’Shaiel Hughes was arrested and charged with felony aggravated assault Friday. Meanwhile, the 55-year-old woman remains hospitalized with a shattered elbow, six broken ribs and a broken leg, according to her attorney, Rocky McElhaney.

McElhaney declined to publicly identify her until authorities do so.

The shocking video shows people wearing Popeyes uniforms racing after her as the woman leaves the restaurant in Columbia last week. One person punches her, and then Hughes is seen grabbing her from behind, raising her into the air and throwing her onto the parking lot. Another uniformed employee is seen cheering.

McElhaney said his client wanted a refund after being double-billed for her meal of chicken tenders, corn and apple pies. She called the manager, who told her to come back to the restaurant with documentation in order to get a refund, McElhaney said.

“When she got there she was treated with hostility and anger from the manager,” McElhaney said. “There were words back and forth.”

A separate video circulating on social media shows a heated exchange between the woman and an employee behind the counter. Another man can be heard telling the woman, who is white, “You are in the wrong place saying the n-word.”

McElhaney said the woman denies using a racial slur, but said, “my client was called an 'ugly broke-down cracker.'”

Neither video posted online appears to have captured any racial slurs.

Popeyes, whose parent company is Resturant Brands International, called the incident “completely unacceptable” and a “complete deviation” of everything they believe in.

“We were shocked to learn about what happened in Tennessee. These actions run completely contrary to our standards and the integrity of our brand,” a Popeyes spokesperson told FOX Business. “Following an investigation, the franchisee took immediate action and we were informed that the employee has since been terminated. The entire circumstance is highly unfortunate for all involved and we hope to never see this type of behavior again.”

Popeyes said that in addition to firing the employee, the franchisee has taken further disciplinary action but could not detail what that is as of Monday. Popeyes previously told FOX Business that security is handled by the individual franchisees.

And while the company still remains relatively silent on social media, they did confirm the release of a new menu item set to release weeks after the violence and bloodshed began over their chicken sandwich.

The Louisiana-based fast-food chain is set to debut its new bourbon fudge pie for $2.49. 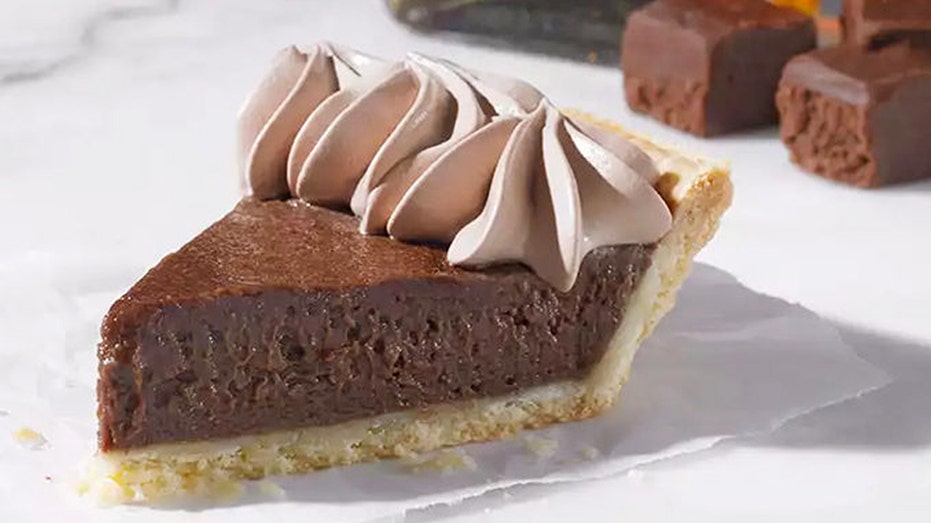 The company’s Twitter account was active almost daily in the days leading up to the re-release of the sandwich but seemingly went silent following the Nov. 4 fatal stabbing involving a man who apparently cut the line at a crowded Popeyes restaurant in Maryland. The case reportedly remains unsolved.

Popeyes first released the sandwich in August and it sold out in two weeks.