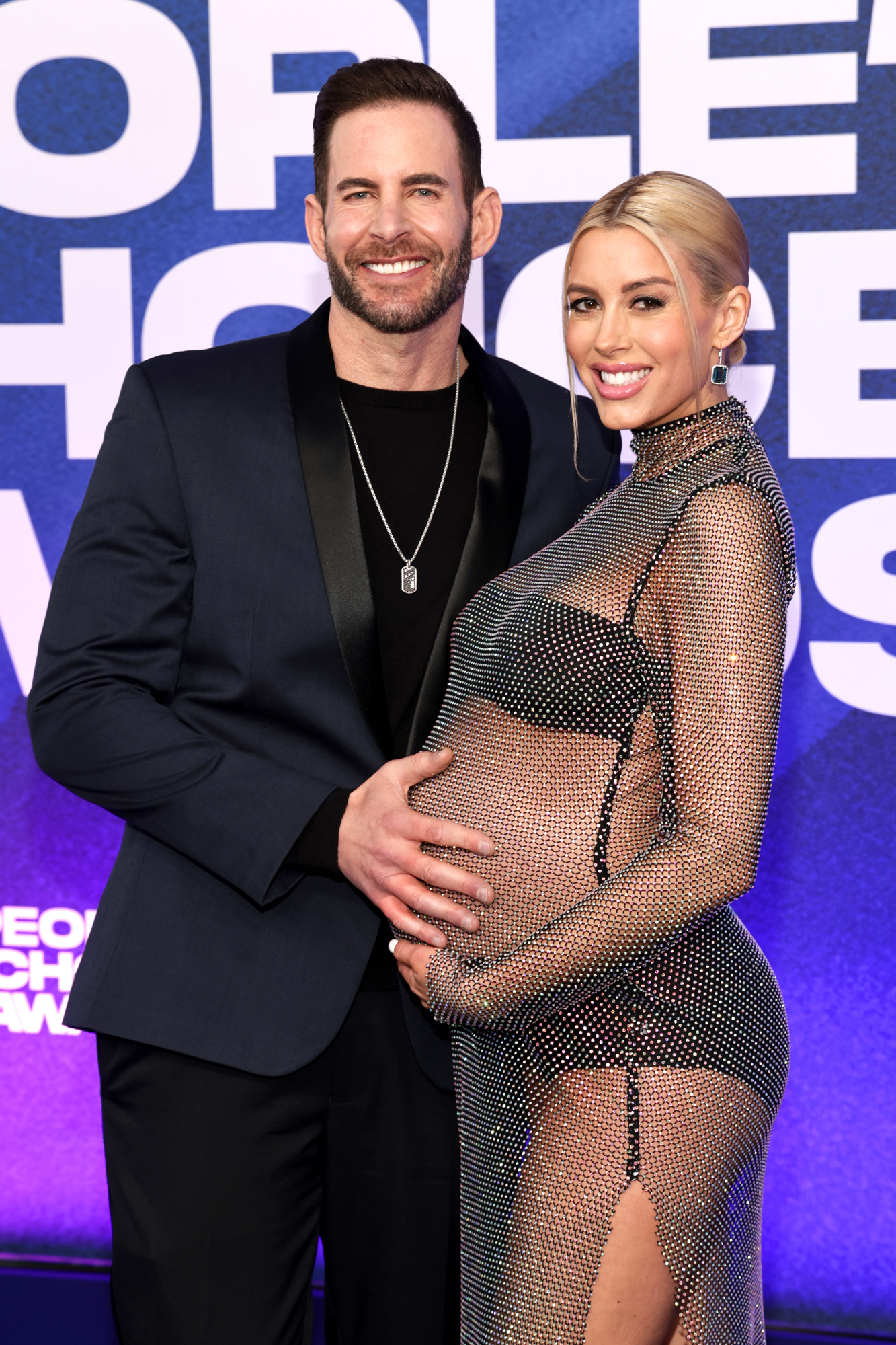 Almost here! Heather Rae El Moussa (née Young) and Tarek El Moussa are ready to meet their first child together — but the couple are still not sure what they will call their baby boy.

“The name has not been set. We actually haven’t finalized the name, we don’t know completely,” the Selling Sunset star, 35, exclusively told Us Weekly at the 2022 People’s Choice Awards on Tuesday, December 6. “We’re kind of throwing around ideas, but I think we want to wait until he’s born and see what he looks like.”

The Netflix personality, who debuted her baby bump in July, went on to gush about how her pregnancy brought her even closer to Tarek’s kids. The HGTV star, 41, shares daughter Taylor, 12, and son Brayden, 7, with ex-wife Christina Hall (née Haack).

“They’re so excited. Every week, Brayden likes to look at my app and see where we’re at, what size the baby is. They’re really involved with picking the name. They’re just so excited,” Heather added during the pair’s night out at the California event.

According to the duo, viewers will be able to see parts of Heather’s journey in the upcoming season of Selling Sunset. “We filmed [the baby shower] for Selling Sunset. It was an all-girls shower,” the former Playboy model teased. “[Tarek] did come and crash it at the end, though, which was exciting. There might have been a little fight, not between me. I was hanging out with my mom and my sister, but I did see a little spat happening at the next table. You’ll find out.”

“Our new show on HGTV [follows] our family and it’s buying, fixing and flipping houses. It’s a little deeper dive than just the actual house itself, so we get to share our personal lives, our families,” Tarek hinted to Us on Monday. “We’re just having so much fun, and that’s the truth. Going to work with her every day is the best thing in the world, and this show, I feel, is going to be hands-down the best show that I’ve ever been involved with.”

Off screen Tarek and Heather are focused on their growing family and coparenting with Hall, 39. The real estate agent explained how their love for the kids helped the trio work together.

Tarek El Moussa and Heather Rae Young: A Timeline of Their Relationship

“Communication is important and honestly, we were talking about this earlier, it’s so nice to have a good relationship with the other parent because everyone’s happier, the kids are happier, it’s just been incredible,” Heather said. “We have them 50/50. So, at our house, I’m mom to them and then they have their mom, and me and her communicate well, and we talk almost every single day about the kids and it’s just important. We’re raising good humans.”

Tarek added: “The key is just putting the kids first. Our feelings or emotions don’t matter, but the truth is, we’ve all been getting along fantastic. It’s funny, now we team up against the kids because they don’t know we talk, so it’s like, ‘Hey, I was talking to your mom, I heard what you did.’”

With reporting by Hannah Kahn