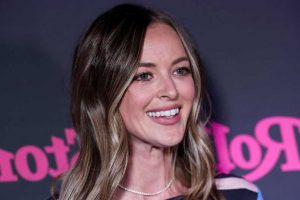 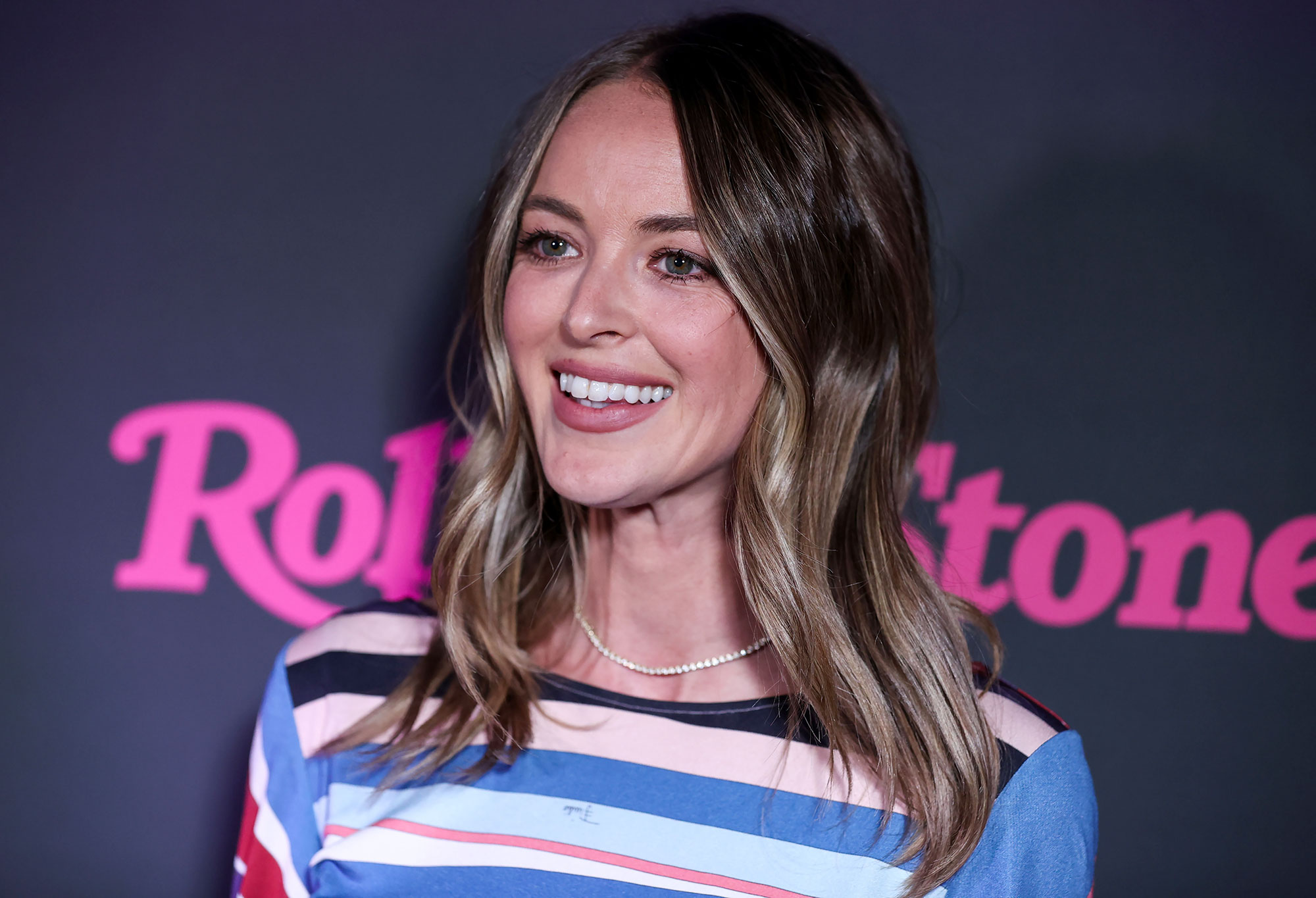 Moms know best! Kaitlynn Carter called out a mom-shamer for criticizing her pregnancy style while expecting her second child with Kristopher Brock.

The 34-year-old Hills star shared a screenshot of a message she received from a social media user via her Instagram Story on Monday, December 19. “Get your pregnant [sic] but why you have to constantly wear tops that don’t fit,” the troll asked. 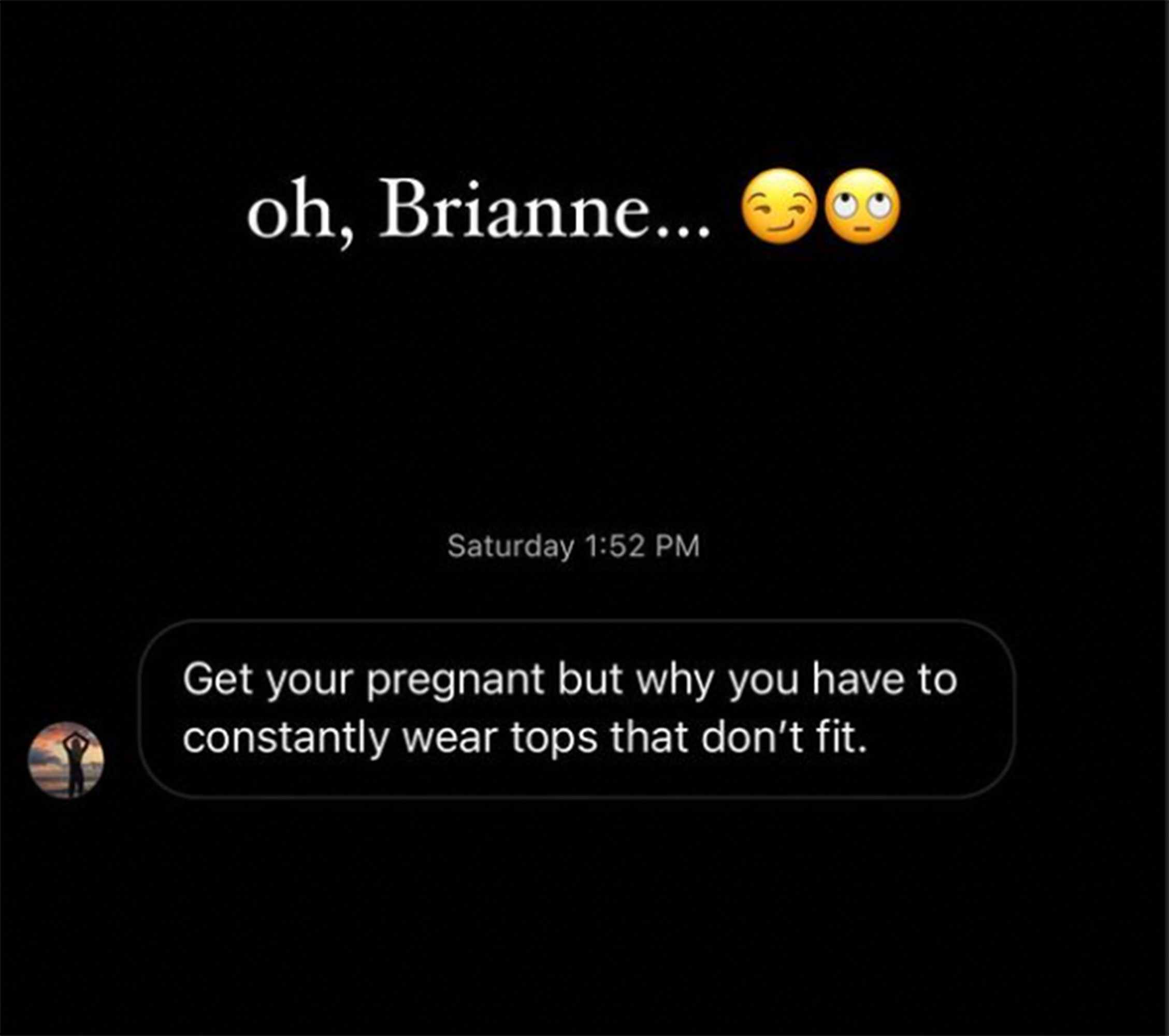 The New Hampshire native announced in October that she and Brock, 37, have another baby on the way. “Baby girl 🤍,” the pregnant star captioned her Instagram reveal. In the photo, she wore a bra and white pants, leaving her growing belly exposed.

Carter has continued to give glimpses of her progress throughout her pregnancy, sharing several sweet photos with son Rowan, whom she and Brock welcomed in September 2021. (The fashion designer also shares son Charlie, 8, with ex-wife Laura Vassar.)

Rowan! Sonny! Get to Know ‘The Hills’ Next Generation

Earlier this month, the former MTV personality gushed over her beau’s firstborn in a loving birthday tribute. “You’re the coolest kid I have the pleasure of knowing and the only person who can make Rowan laugh uncontrollably. We love you!” Carter captioned a carousel of Instagram photos, one of which showed her holding Rowan while wearing a black cowboy hat. Her pregnant belly was highlighted by her low-rise pants.

Shortly after giving birth to her first child, Carter hit back at negative comments about her fashion choices. While celebrating New Year’s Eve in Texas, the influencer shared a roundup of stylish photos, showing off her white shorts and black velvet top with a plunging neckline. 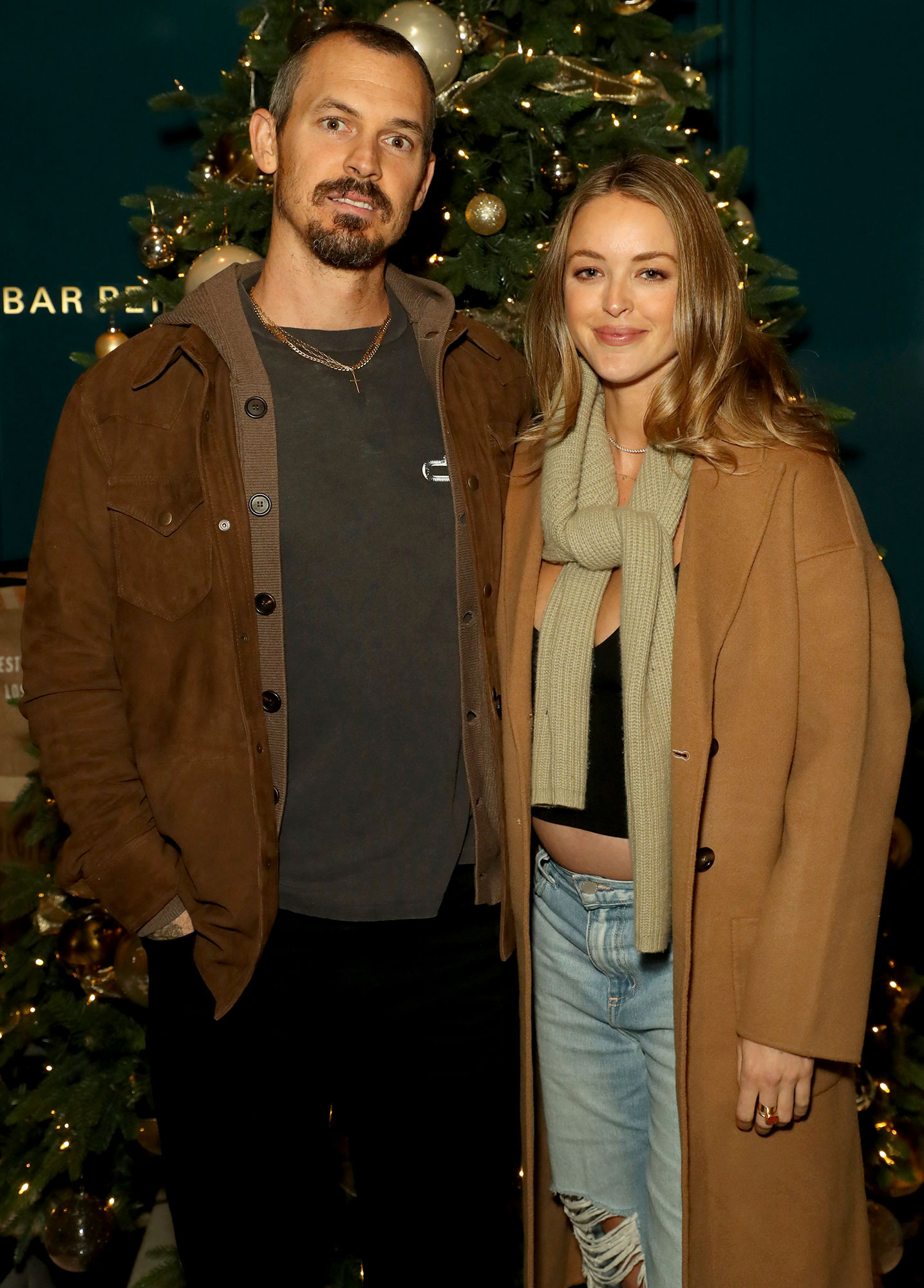 “I’ve always read about women being criticized for their choices once they’d become mothers, but this is my first personal experience with it. Over the course of my time on Instagram , I’ve worn a number of ‘revealing’ outfits, and no one’s been concerned,” she captioned the post in January. “All of sudden NOW it’s so shocking ! It’s very sad to me that that’s the world we’re living in. You’re expected to dress one way pre-children and another way post.”

Carter confessed that one of her “greatest fears” about parenthood was losing “who I was before” having kids. “As it turns out, I’m almost exactly the same (with the addition of someone new to be absolutely crazy about), and I am so happy about that!” she wrote. “I’ve spent the past year struggling to fit into anything that wasn’t oversized or maternity. … I said to myself, ‘this is my body right now, and I can either feel ashamed and hide it, or I can do what I WANT to do which is embrace and celebrate everything that my body currently is and has been for me this past year.’ so I did what I wanted to do, and that’s what women should be encouraged to do ALL THE TIME.”

Before sparking her romance with Brock, Carter dated Brody Jenner from 2013 to 2019. The twosome held a wedding ceremony in Indonesia in 2018, but Us Weekly later confirmed that the nuptials were not legally binding as the now-exes never obtained a marriage license in the U.S.