Prince George, now five, made headlines back in 2016, after he was pictured meeting Michelle Obama, 55, and Barack Obama, 57, at Kensington Palace. The capture was shared across the world, with the youngster, who was just two-years-old at the time, greeting the then First Lady and US President in his pyjamas and a dressing gown. The capture saw the two couple crouching down to his eye-level as they greeted one another. It came as the Obamas spent the evening with Prince William, 36, and Kate Middleton, now 37, during their official visit to the UK.

Barack was in his eighth and therefore final year in office as the US President at the time.

The Obamas had met Prince William and Kate as well as other members of the Royal Family a number of times before.

In 2011, shortly after the Duke and Duchess tied the knot, they met the couple at Buckingham Palace.

This was their first public engagement together.

It was just two years after the President and First Lady at the time met Queen Elizabeth II in 2009 – a year after Barack assumed office.

Donald Trump, 72, who was elected as President following the end of Barack’s two terms as President, also met the Queen. 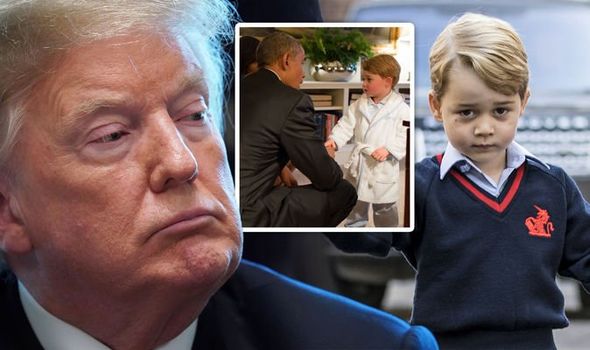 Barack Obama met Prince George in 2016 – but has the current US President Donald Trump met the royal youngster?

It was during his official visit to the UK in July 2018.

Donald had tea with the British monarch at Windsor Castle.

However, the trip did not include a meeting with other members of the Royal Family such as Prince William and Kate.

As such, it seems that the Cambridge family have not met Donald Trump.

It’s unknown whether they will meet in the near future – similar to the President’s predecessor. 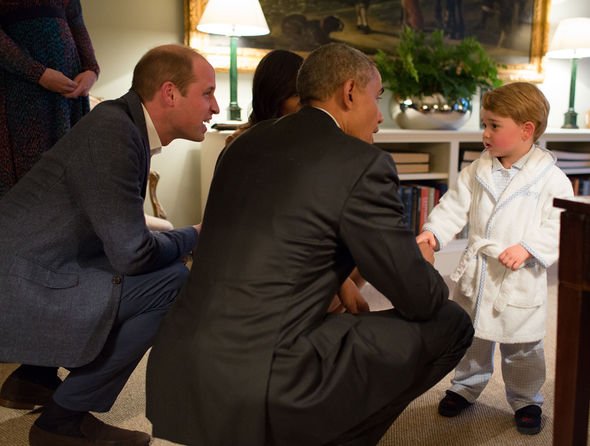 Back in 2012, Donald took to Twitter to blame the royal for an invasive photographer publishing photographs of her posing topless.

The incident saw Kate and Prince William sue the publication, and were later paid 100,000 euros in damages.

However, On September 17 2012, Donald controversially wrote on Twitter: “Kate Middleton is great–but she shouldn’t be sunbathing in the nude–only herself to blame.”

Photographs of Prince George are limited, due to the Duke and Duchess choosing to ensure their children grow up with some privacy.

The parents-of-three have released some shots of their offspring though, some of which were taken by Kate, a keen photographer.

And, sharing snaps taken by Kate may have been a deliberate act in order to minimise the exposure that the children have to external photographers.

END_OF_DOCUMENT_TOKEN_TO_BE_REPLACED

END_OF_DOCUMENT_TOKEN_TO_BE_REPLACED
We and our partners use cookies on this site to improve our service, perform analytics, personalize advertising, measure advertising performance, and remember website preferences.Ok