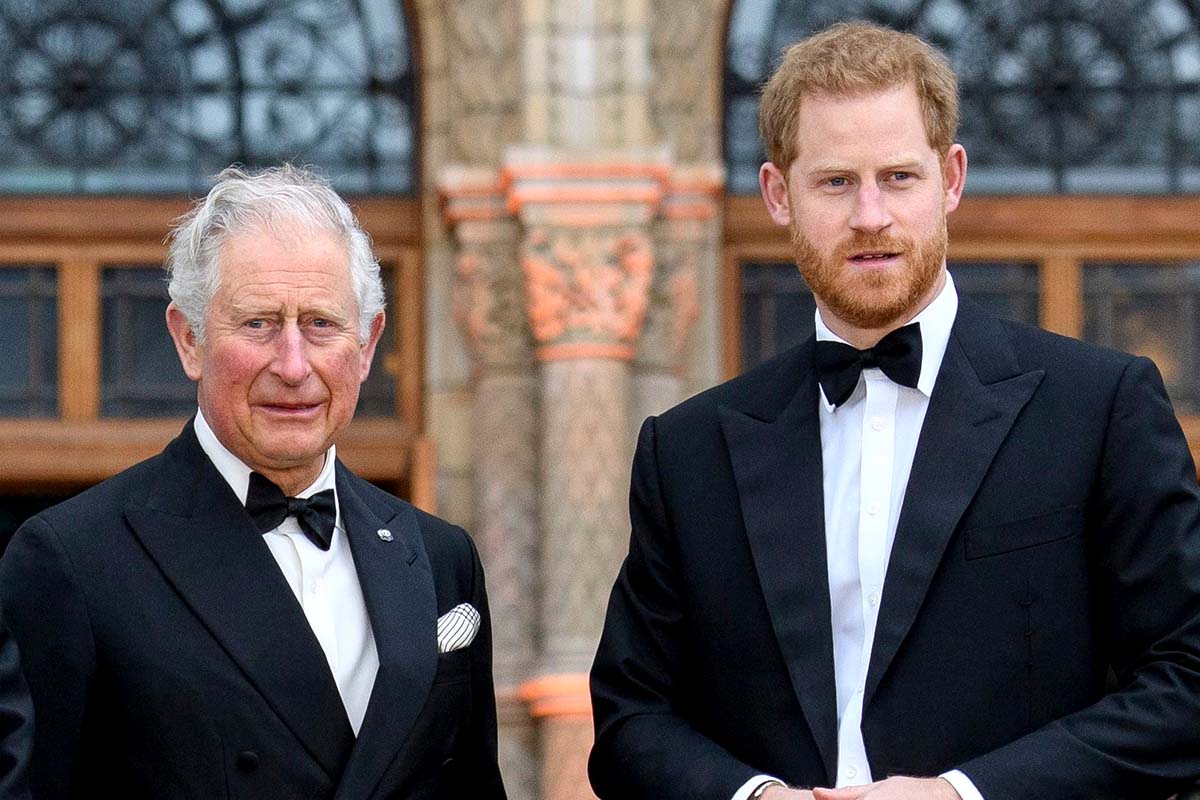 All good? Not quite. Prince Harry and his father, Prince Charles, have not been on the best terms for a while, and although the two are now speaking to each other, their relationship still requires some TLC.

“Charles and Harry are in communication,” a source exclusively tells Us Weekly. “There [are] still a lot of issues the two of them need to work out and move forward.”

The insider shares that the Prince of Wales, 73, and the Duke of Sussex, 37, were not “speaking very much” after Harry and his wife Meghan Markle’s 2020 royal exit and the couple’s CBS tell-all interview, which aired in March.

While the father-son duo are on the road to mending what has been broken between them, it will not be an easy process. “There is still a lot of work to do before their relationship is rebuilt,” the source adds.

Where Do Harry and Meghan Stand With the Royal Family?

Harry and Meghan, 40, upset his family in January 2020 when they announced their plans to “step back” as senior members of the royal family. An insider told Us at the time that Charles was “livid” with his youngest son over the decision.

The pair relocated to her native California in March 2020 and kept a relatively low profile as they quarantined with son Archie, now 2, amid the coronavirus pandemic. Buckingham Palace confirmed in February that they would not return as working royals.

The following month, Meghan and Harry made shocking allegations about his family in their first TV interview since their exit. For one, he claimed that Charles cut him off financially and “stopped taking my calls” after he and the former actress made their January 2020 announcement, noting that he had “a lot to work through” with the British heir apparent.

“I feel really let down because he’s been through something similar, he knows what pain feels like … Archie is his grandson,” Harry explained. “I will always love him. There’s a lot of hurt that’s happened. I will continue to make it one of my priorities to heal that relationship.”

The Invictus Games founder then spoke out against his father’s parenting style on more than one occasion in May. “My father used to say to me when I was younger, he used to say to [Prince] William and I, ‘Well, it was like that for me, so it’s gonna be like that for you.’ That doesn’t make sense,” he said on The Me You Can’t See. “Just because you suffered, it doesn’t mean that your kids have to suffer. In fact, quite the opposite. If you suffered, do everything you can to make sure that whatever experiences, negative experiences that you had, you can make it right for your kids.”

Royal expert Nick Bullen told Us later that month that Charles was “hurt” and “disappointed” by his son’s comments.

Elsewhere in her and Harry’s March joint interview, Meghan claimed that there were “concerns and conversations about how dark [Archie’s] skin might be when he was born,” but she and Harry declined to name the individual who allegedly discussed the topic. Earlier this week, Charles told Us in a statement that a claim in Christopher Andersen’s book Brothers and Wives that he speculated about his grandson’s skin color was “fiction and not worth further comment.” (The author also alleged that the two were not referring to Charles in their tell-all.)

Amid the family drama, Harry and Meghan welcomed daughter Lilibet in June. Although the prince returned to the U.K. in July for the unveiling of a Princess Diana statue, his wife and their two kids did not accompany him. Bullen told Us in September that Charles “really wants to meet his granddaughter” and “is incredibly sad about everything that’s gone on.”