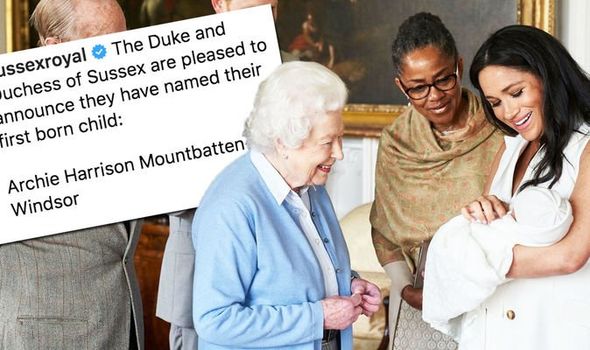 Meghan Markle and Prince Harry welcomed their first child on Monday 8 May 2019.  Today, they used the “sussexroyal” Instagram page to let royal fans know that their son has been named Archie Harrison Mountbatten-Windsor.  The Duke and Duchess have chosen the name, Harrison, for their child’s middle name, and this name has a very literal meaning.  Often thought of as a surname, the name Harrison first came about to refer to the son of someone called Harry.

The name, Harrison, is a common surname which literally means “son of Harry” or “son of Henry” and originated for that reason.

It can be spelt as “Harrison”, “Harrison” or “Harryson” but the royal couple seem to have opted for the most common spelling.

Although it is a common surname, the Duke and Duchess have used it as a middle name, which has possibly been done because the new baby is the son of Prince Harry.

In more recent years, the name has been used as a first name.