Prince Harry is proving once again that he’s basically the husband of everyone’s dreams! He’s also showing the world that his wife Meghan Markle is one incredibly lucky lady to have him by her side (just as lucky as he is to have her by his side, of course). According to recent reports, Prince Harry is giving up two things during Meghan’s pregnancy in a show of solidarity. So, what are the two things? Booze and caffeine, of course!

In a new report from the UK’s Express, a source close to Harry and Meghan revealed that Harry has given up alcohol and caffeine in favor of a healthier lifestyle. And apparently, Meghan is the reason behind the big change! Elite Daily reached out to Kensington Palace for comment on the report, but did not hear back by the time of publication.

In any case, a source for the Express revealed that Meghan’s encouragement has helped Harry choose to live as healthy a life as possible. According to the Express’ report, Meghan convinced Harry to “replace alcohol and caffeine with still mineral water.”

And the outlet’s source revealed that Harry is quite a changed man now that he’s healthier and enjoying married life.

“He was always fidgeting and on the go, always looking for the next thrill,” the source said. “He was a great laugh but it was always very full on. Now his new regime doesn’t make him the most entertaining party guest in the world, but he’s definitely more chilled and relaxed.”

Wow, it sounds like Meghan is quite the positive influence! I guess marriage has really helped Harry get settled down. There’s also the fact that he and Meghan are about to become parents for the first time, so these big lifestyle changes aren’t terribly surprising. All in all, it sounds like Harry and Meghan are in nesting mode and doing their best to prepare for the birth of their first child, which will reportedly happen in the spring. 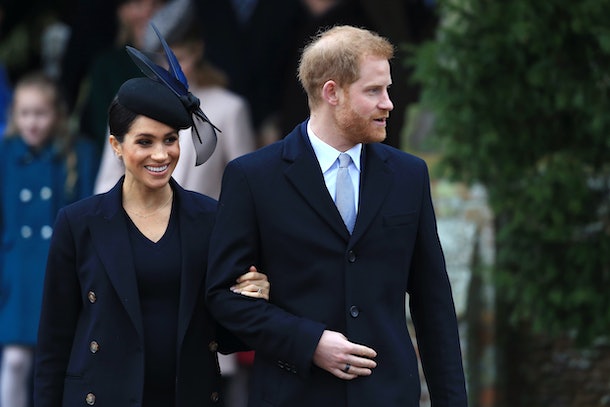 The news of Harry giving up alcohol and caffeine comes just a day after it was reported that he and Meghan enjoyed a private New Year’s Eve getaway. According to The Express, the couple wanted to get away for some alone time before they become parents. And that makes a lot of sense because being a parent is a full-time job. Even though Harry and Meghan will likely have some help in caring for their new baby, there’s still so much to do once the little one arrives!

Besides, Harry and Meghan are currently planning a tour of the United States and Canada which will reportedly happen soon after the baby is born. So, the Duke and Duchess of Sussex have quite a lot on their plates right now!

According to a December 2018 report from Entertainment Tonight, Harry and Meghan are still in the “early stages” of planning their tour. The tour is expected to happen in the fall of 2019, so that’s only a few months after the baby arrives.

All that said, it seems like Harry and Meghan have everything under control as far as becoming first-time parents goes! And I’m sure that Harry giving up alcohol and caffeine in a show of solidarity with Meghan only makes her feel more supported than ever. What a guy!