Just one day after debuting his newborn son to the world, Prince Harry got back to work Thursday, traveling from the U.K. to the Netherlands.

Harry, 34, left his wife, Meghan, the Duchess of Sussex, 37, and their 4-day-old son, Archie Harrison Mountbatten-Windsor, at home in Windsor for a cause near to his heart: the Invictus Games.

The Duke of Sussex attended events to mark the official launch of the Invictus Games The Hague 2020.

Harry was also gifted a onesie and a rattle for baby Archie. 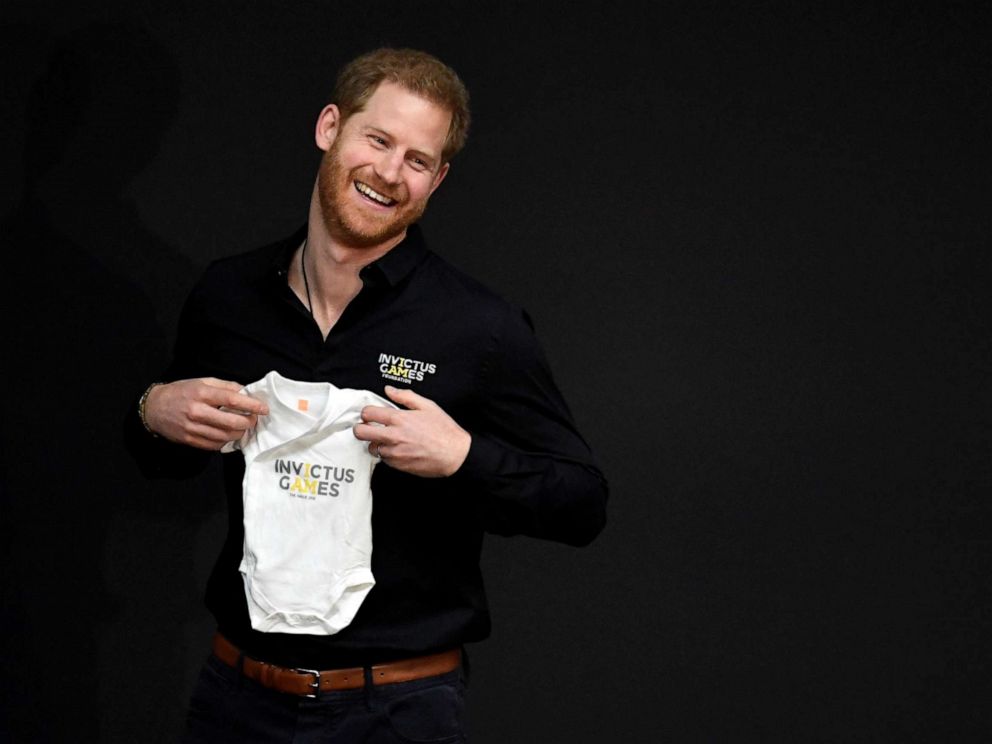 Harry, who served in the British Army, founded the Invictus Games in 2014 as a Paralympic-style competition for wounded service members.

“When we launched the first Invictus Games in 2014 I knew that these men and women, who had given it their all in service to their country, would now do the same on the sports field, inspiring millions of people around the world and changing mindsets around disability forever,” Harry said in a speech Thursday. “I had seen first-hand the transformative power of sport in helping people physically and psychologically recover and knew that the Invictus Games would change lives, capture hearts and inspire a generation, the Invictus generation.” 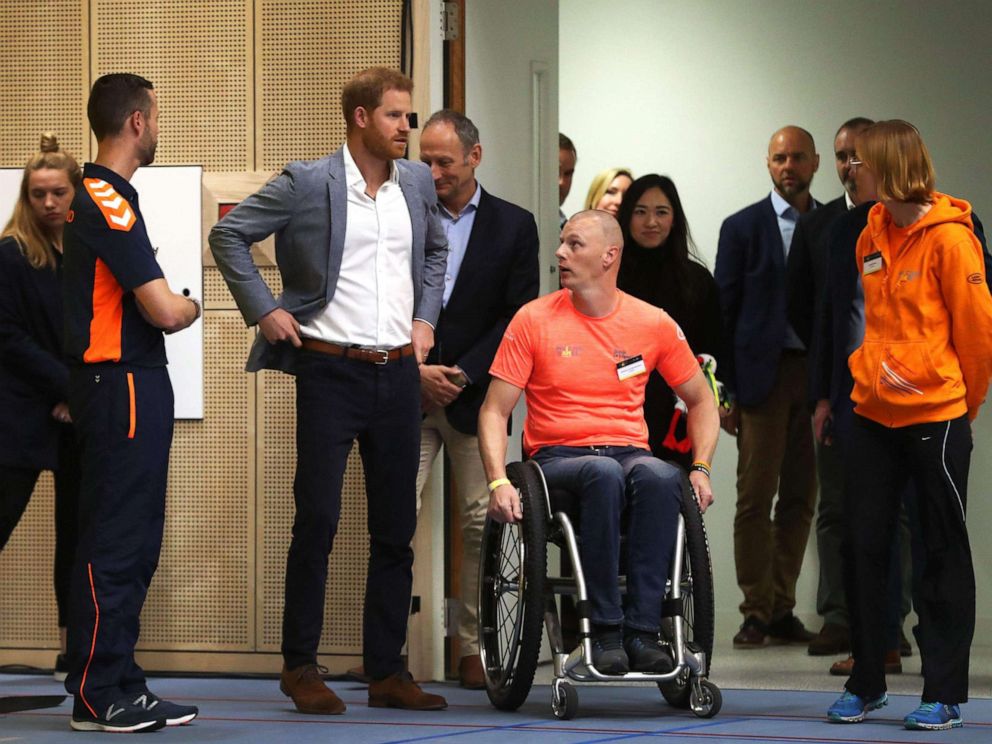 The 2017 Invictus Games in Toronto were a public coming out of sorts for Harry and his then-girlfriend, Meghan, who made her first official public royal engagement with Harry when she attended the Games’ opening ceremony.

The Invictus Games were also at the center of Harry and Meghan’s first official trip overseas as a married couple, when they attended the 2018 Invictus Games in Sydney last fall.

It was at the start of that Down Under trip when Harry announced that Meghan was pregnant with their first child.

Archie, seventh in line to the throne, was born at 5:26 a.m. local time on Monday, according to Buckingham Palace. He weighed 7 pounds, 3 ounces at birth.

“Parenting is amazing,” Harry said Wednesday, when he and Meghan held a photo call with their son at Windsor Castle. “It’s only been, what, two-and-a-half days, three days? But we’re just so thrilled to have our own little bundle of joy here to spend some precious times with him as he slowly starts to grow up.”

Meghan, who described parenthood as “magic” on Wednesday, is recovering at the couple’s newly-renovated Frogmore Cottage home in Windsor. She is there with her mom, Doria Ragland, who flew in from Los Angeles for the birth of her first grandchild.

Ragland was seen in an historic photo shared by Harry and Meghan on their Sussex Royal Instagram account of baby Archie meeting his great-grandparents, Queen Elizabeth and Prince Philip.

Harry’s day trip to the Netherlands so soon after the birth of his son reinforces that being a royal is not a job that comes with established guidelines for paternity and maternity leave. It is also a role though that comes with flexibility, in that Harry can make a short day trip to bring attention to a cause, the Invictus Games, he is eager to support.

Harry originally had a two-day trip to the Netherlands on his schedule but shortened it to one day.

“The palace doesn’t usually label their time as ‘maternity leave’ or ‘paternity leave’ because they acknowledge that royals are not employed in quite the same way as the rest of us,” Victoria Murphy, an ABC News royal contributor. said earlier this month. “But there is an acceptance from the public that they will take some time to focus on their family after the birth.”

Buckingham Palace has not commented on how much time Prince Harry and Meghan plan to take off after Archie’s birth.