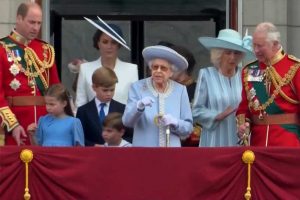 The first balcony appearance by the royal family in three years looked a little different.

The last time the family gathered to wave to the crowd outside Buckingham Palace was in 2019, before the COVID-19 pandemic, when the group of 17 included Prince Harry, Meghan Markle and Prince Andrew.

This time around, it’s been pared down to only working members of the family, which put the Queen, 96, front and center Thursday for her Platinum Jubilee celebration, flanked by Prince Charles and Camilla Parker Bowles as well as Prince William, Kate Middleton and their three children.

The Duke and Duchess of Cambridge’s youngest, 4-year-old Prince Louis, was the most expressive on the balcony, at one point opening his mouth wide and covering his ears as loud planes flew overhead.

Several less familiar faces joined the group, too, including the Queen’s cousins Prince Richard, the Duke of Gloucester, and Prince Edward, the Duke of Kent, and their respective wives, Birgitte and Katharine. 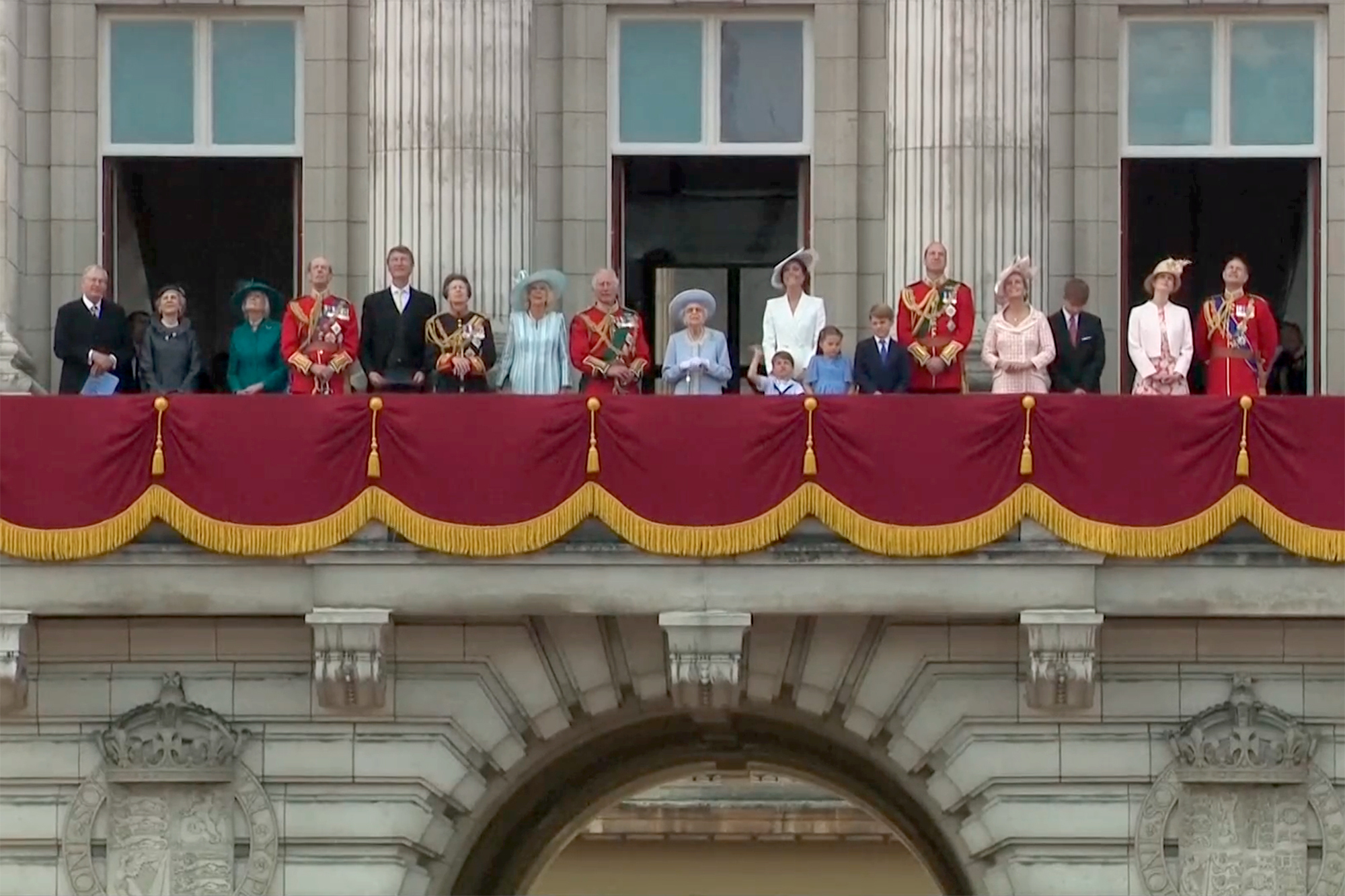 Every June, there is a parade called Trooping the Colour, which marks the Queen’s official birthday, although this year it is also part of the monarch’s Platinum Jubilee marking her unprecedented 70 years on the throne.

This year, over 1,400 soldiers and hundreds of horses and musicians came together for the traditional parade, which was followed by the royal family appearing on the palace balcony to wave to the thousands of spectators gathered below. 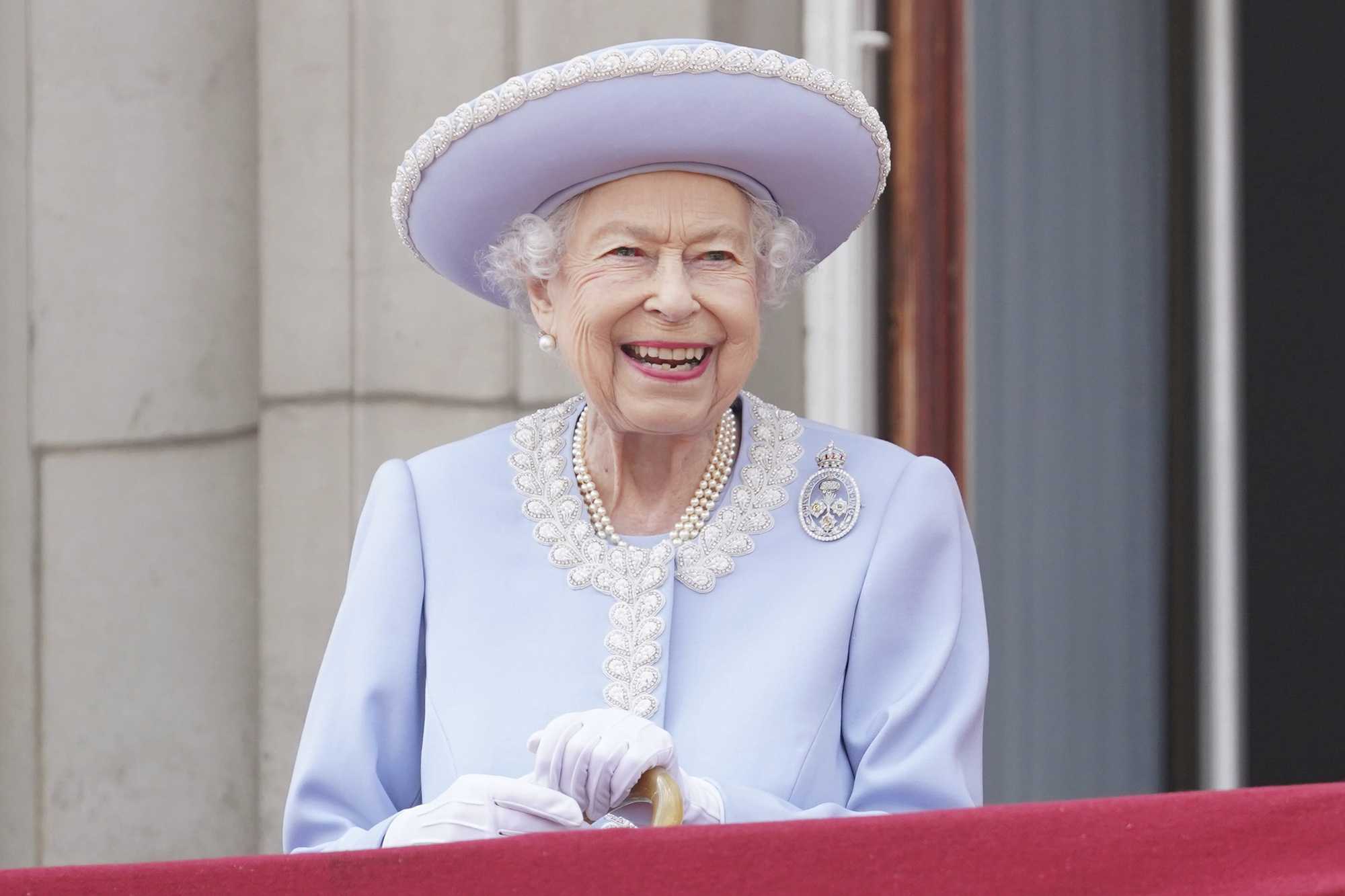 With the Queen previously announcing that only working royals would appear, that meant no Harry, 37, and Markle, 40, who opted out of royal duties in January 2020. Also missing was Andrew, 62, who was stripped of his duties in November 2019 over his involvement with disgraced financier Jeffrey Epstein; Andrew more recently settled a sex abuse lawsuit with accuser Virginia Giuffre.

It’s a “tactful” way to sidestep controversy, Pauline Maclaran of the Centre for the Study of Modern Monarchy at Royal Holloway, University of London, told the BBC. 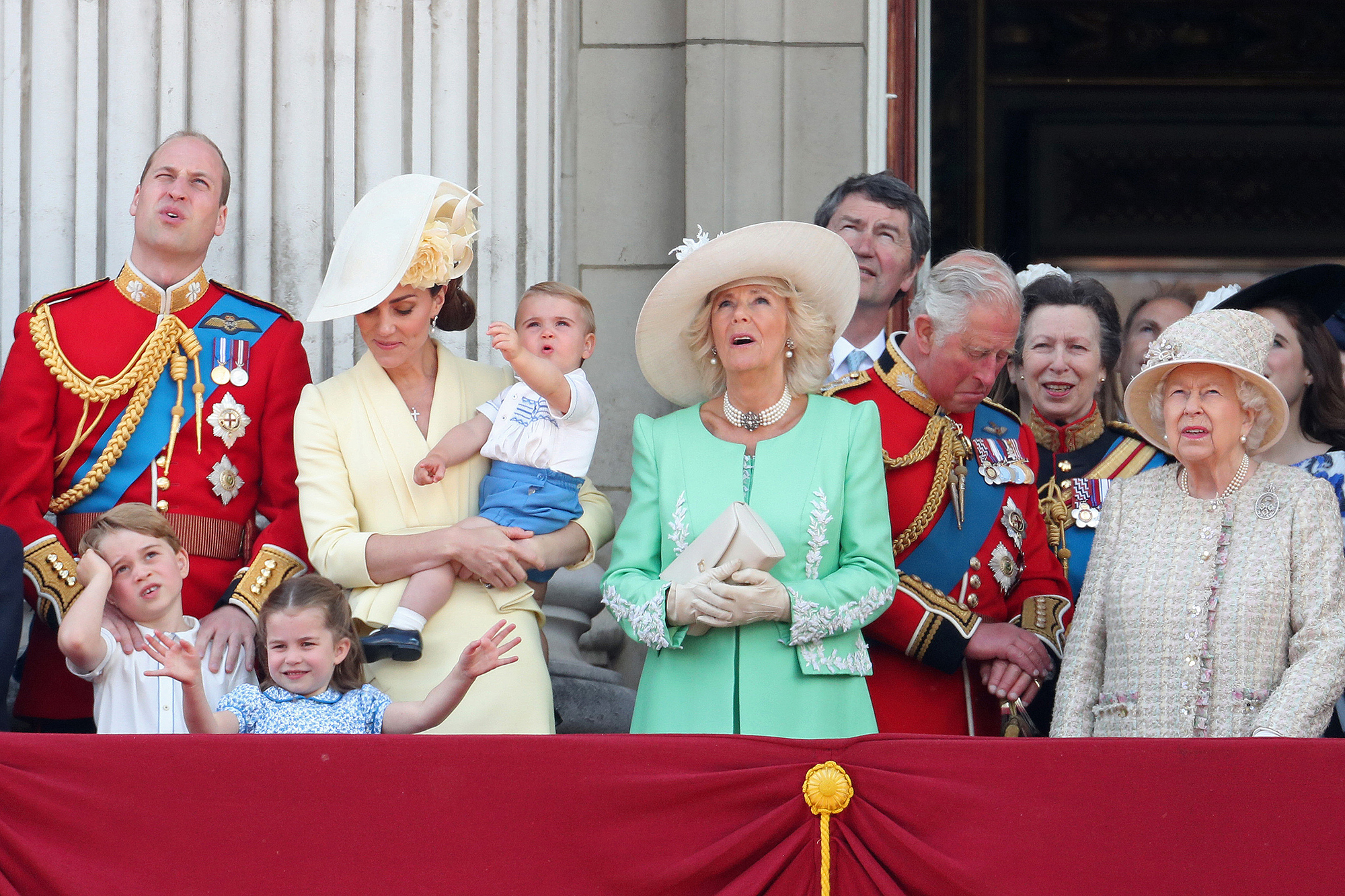 However, it is not the first time that the balcony has appeared sparser.

This year was also the Queen’s first Trooping the Colour without Prince Philip by her side following his death at age 99 in April 2021.