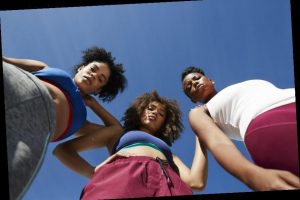 While scrolling through my Twitter feed this morning, I noticed a viral tweet that showed a Black woman twerking in front of the popular “Salt Bae” chef as she was leaving the restaurant. Seconds later, a Black man, filled with anger, barged into the restaurant, shouting at her and you could see the fear in her eyes.

What was even more reprehensible were the comments that followed the video. Everything from “she should know better,” to “that’s what she gets,” was the typical misogynoir you see on social media on a daily basis. Although there isn’t much context in regards to the relationship the man has with the woman, it’s clear that his anger was on 100.

Social media has shown us that, to some, the call to “protect Black women” isn’t always relegated to all Black women. I’ve noticed that if you’re deemed a “ho”, you’re not eligible for this protection. If you’re a trans-Black woman, you’re not eligible for this protection. You can even see so-called mental health “experts” on Twitter, who happen to also be Black women, join in on the bullying of other Black women, when it’s convenient. And these are all sad facets of people and their selective outrage.

If you’re going to yell the battle cry “protect Black women,” maybe make sure it’s inclusive of ALL Black women. Not just the ones you favor. The hypocrisy at times can be overwhelming, and admittedly, sometimes we all do our own part in not protecting Black women, I know I have.

Protecting Black women shouldn’t involve cherrypicking because sometimes we’re all we got.

END_OF_DOCUMENT_TOKEN_TO_BE_REPLACED

END_OF_DOCUMENT_TOKEN_TO_BE_REPLACED
We and our partners use cookies on this site to improve our service, perform analytics, personalize advertising, measure advertising performance, and remember website preferences.Ok