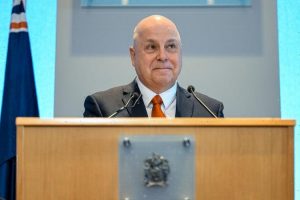 The state government’s 1.5 per cent public sector wage cap is up for review after just four months of operation and before hundreds of thousands of government employees agree new pay deals.

The government’s wages bill – its single biggest expense – is set to top $37 billion including superannuation in the next financial year, Tuesday’s budget papers show, rising steadily to more than $40 billion in three years as the government tries to turn a $17 billion deficit into a $650 million surplus by 2025. 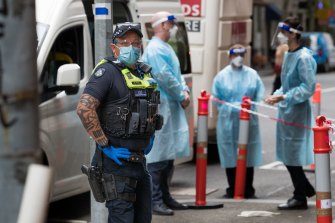 But there are no new spending cuts in Tuesday’s budget, with Treasurer Tim Pallas saying the $1.8 billion in public service “efficiencies” first outlined in the 2019 budget had all been achieved.

Most Victorian public sector workers, including nurses, police and public servants are now covered by enterprise agreements that are locked in for years, with average pay rises of 2 per cent or above.

Victoria Police’s wage deal is locked in until late 2023 and nurses through to mid-2024. Public servants’ agreements run until early 2024 and the state’s teachers look likely to accept a deal agreed in late 2021, before the 1.5 per cent cap was introduced.

Pallas said during his budget press conference on Tuesday that public sector wages were an issue that “dwells in my head” and confirmed that the wage cap would be reviewed before the agreements covering most government workers were due for renegotiation.

“We will have to get into a process where we will review, as we do necessarily from time to time, our wages policy,” the treasurer said. “The best time to do that is when you’ve closed out your agreements.”

The efficiency spending cuts imposed on public service departments in previous budgets are absent from this year’s document, with a statement saying they would be redirected.

“All the savings that we identified in the base and efficiency reviews have been implemented in this budget,” Pallas said on Tuesday morning.

“Fair wage rises for the public sector, especially with relevant productivity improvements, are important when cost of living pressures are so strong,” Davis said.