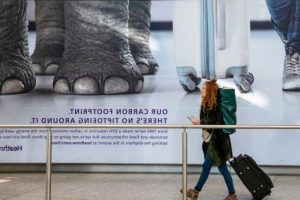 A survey of 2,000 UK adults found 41 percent have pretended to know what someone meant by a particular environmental term to appear “with it” or avoid having to ask.

Where someone has heard an eco-term they didn’t understand, 16 percent pretended they knew what they were talking about, while 27 percent glossed over it.

But only half (49 percent) would ask for clarification.

The research was commissioned by Smart Energy GB, the campaign helping the public understand the benefits of smart meters.

The organisation has recently released a report which makes recommendations for a broad range of organisations, including government and businesses, on how to communicate with the public about climate change.

One of the key recommendations in the “Tackling Climate Change from Home: How to Turn Good Intentions into Positive Actions” report, is to make sure that any communications reflect language already used by the public.

This will in turn help motivate consumers to make environmentally friendly changes at home, such as getting a smart meter installed.

Whatever the complicated jargon suggests, helping the planet doesn’t need to be confusing

Overall, 24 per cent of those surveyed have used a term without fully understanding what it means.

The word Brits are most confused about is “greenwashing”, which is where statements, often made by large companies about their positive environmental performance, are either misleading or unsubstantiated by evidence.

This is followed by “biomass” – the mass of living (or recently harvested) organisms that is grown or used for fuel – and “net zero”, where emissions of greenhouse gases (GHGs) to the atmosphere are balanced by removals of GHGs from it.

Despite regularly being mentioned by governments, campaigners, and the media, 26 per cent don’t understand the phrase “carbon offsetting”, while 22 per cent are confused by the term “carbon neutral”.

Smart Energy GB has teamed up with author and broadcaster Simon Reeve to clearly explain the most misunderstood eco jargon, and to remind people that despite the complex language often used, there are lots of simple ways to help the planet -including getting a smart meter installed.

The presenter, with the help of Professor Paul Ekins, Professor of Resources and Environmental Policy at the UCL Institute for Sustainable Resources, has created a short jargon-busting video.

Simon Reeve said: “The world is facing a climate crisis and we’re all keen to find ways to live a more sustainable lifestyle.

“But we are regularly hearing new words and phrases and it can be confusing, so we thought it would be helpful to explain what some of them mean.

“Whatever the complicated jargon suggests, helping the planet doesn’t need to be confusing.

“There are easy things we can all do, such as requesting a smart meter installation and using it to manage our energy use, which make doing your bit for the planet very simple.”

It follows research which revealed 79 percent think there is too much jargon related to sustainability and being environmentally green.

But more than half (54 percent) would like to be more educated on sustainability and the jargon related to it.

Two-thirds (66 percent) said the environmental jargon used by the media, politicians and businesses is confusing.

And 59 percent care about the environment but “switch off” when people start using sustainability buzzwords.

Overall, 81 percent of those surveyed, via OnePoll, think it’s important for people in general to be more aware of environmental terms.

Iagan MacNeil, from Smart Energy GB, said: “The nation is overwhelmingly on-board with moving towards a greener future – whether it’s by washing clothes at 30 degrees, or having a smart meter installed and using it to identify ways to reduce their energy use.

“But it is clear the public has been bombarded with a whole new range of words and phrases which not everyone is familiar with, and some are afraid to ask.

“Today we’re reminding government and businesses that the easier it is to understand what is needed, the more likely people are to take action.”

To find out more, or to request a smart meter, visit here.