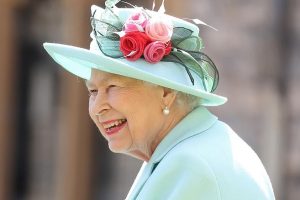 Queen Elizabeth II’s cause of death has been revealed after her death certificate was released to the public.

The Queen, who was 96, died of “old age,” according to the document, which was published by the National Records of Scotland on Thursday (Sept. 29).

It also records her time of death as 3.10pm local time. The news broke publicly at 6.30pm that evening.

The Queen died at Balmoral, her castle in the Scottish Highlands on Sept. 8. Networks around the world interrupted their broadcasts to break the news, after which the U.K. entered a 10-day mourning period, with major events from soccer matches to London Fashion Week cancelled or delayed as a mark of respect.

Her death certificate, which was signed by her daughter Princess Anne, also lists the Queen’s marital status as widowed, her usual residence as Windsor Castle and the names of her parents, Queen Elizabeth the Queen Mother and King George VI.