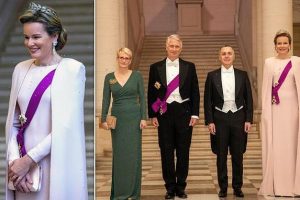 Queen Mathilde of Belgium wowed in a pale pink gown tonight as she joined her husband King Philippe at a state banquet in Brussels.

The 49-year-old royal showed off her elegant style by opting for a fashionable caped dress with delicate diamond trim when attending the lavish occasion in the capital of Belgium.

It was held in honour of Switzerland’s president, Ignazio Cassis, and his wife Paola Cassis, who are on a two-day visit to the country. 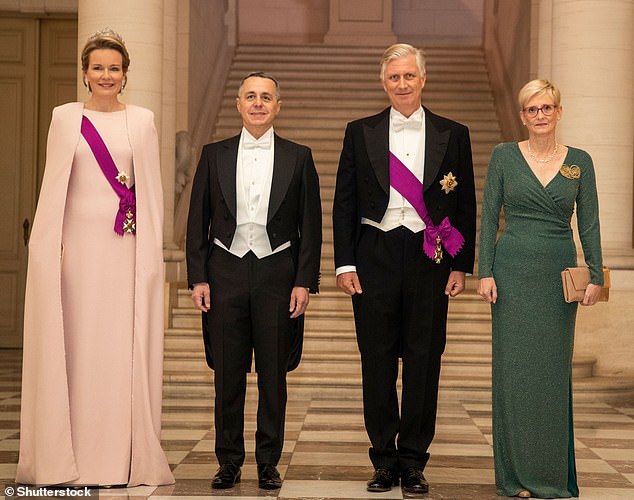 While her make up was soft and glowing, the mother-of-four chose a vibrant matte red lipstick. She matched her diamond tiara to her drop earrings

She gracefully pulled her blonde locks into a low large bun at the nape of her neck, showing off a sparkling diamond tiara, which she matched with drop earrings.

While her make-up was soft and glowing, the mother-of-four chose a vibrant matte red lipstick.

The couple beamed as they joined Switzerland’s President during their visit to Brussels.

While Paola Rodoni Cassis opted for a shimmering emerald gown with a plunging V-neck. 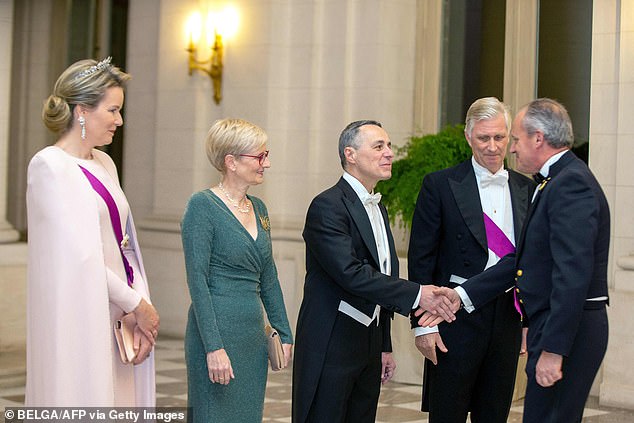 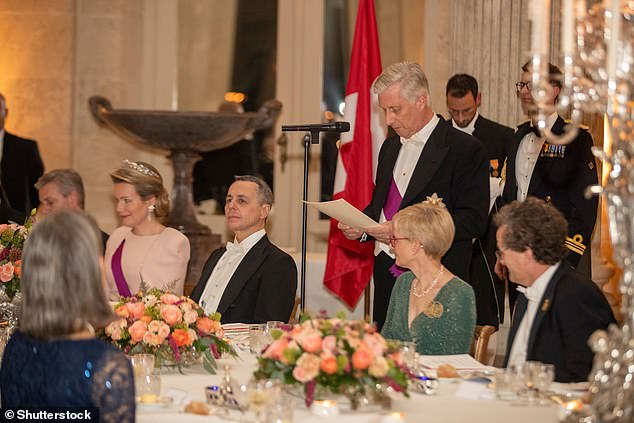 The Swiss president is visiting Belgium for two days and the banquet was an opportunity for him to meet with officials.

Tomorrow the Presidential couple will travel to Liège where they will meet the Governor of the province, as well as the mayor of the city of Liège, and visit Saint Paul’s Cathedral.

The elegant Queen Mathilde is known for her stylish sartorial, and in September was pictured in a fabulous green ensemble attending her younger brother, Count Charles-Henri d’Udekem d’Acoz marriage to Caroline Philipp. 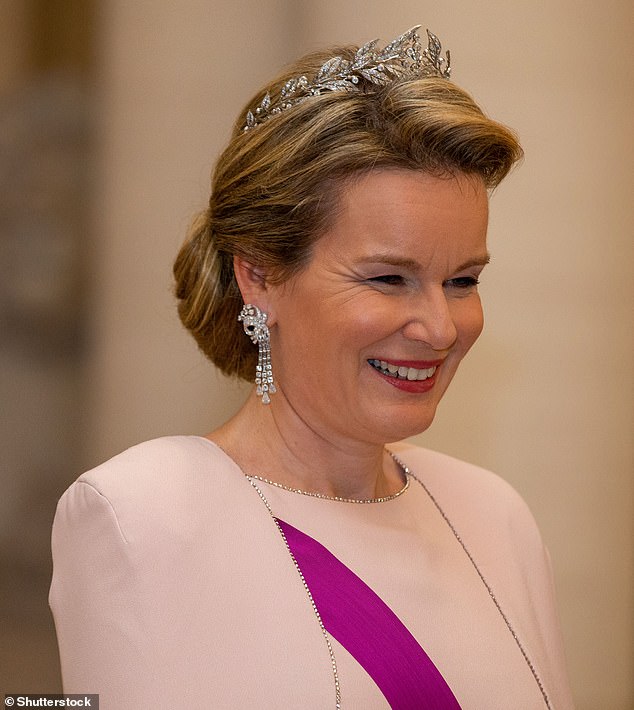 Queen Mathilde is known for her elegant style and did not disappoint at the state banquet in Brussels. Her pale pink dress had a glittering diamond-like trim 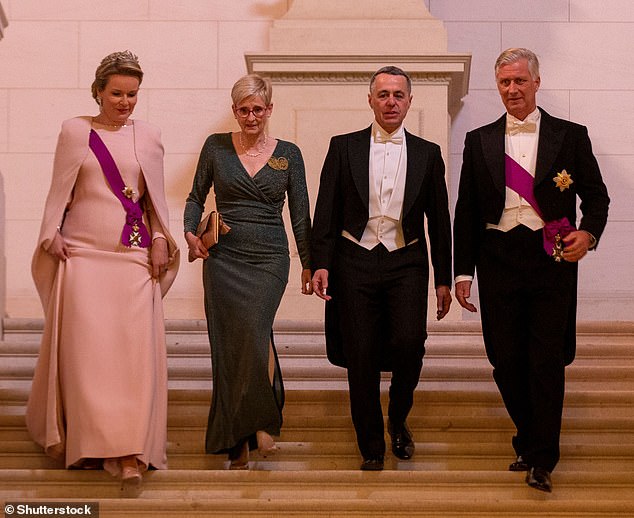 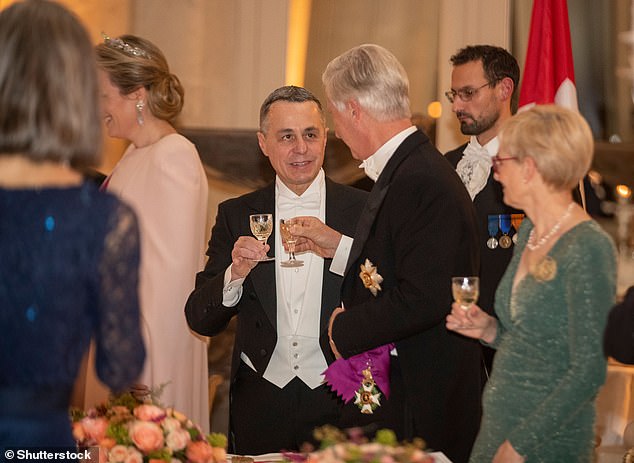 Her dress, which looked like a cape, thanks to its sleeves, was made from a fluid fabric that draped elegantly as she and King Philippe made their way to the church and greeted the officiant.

The royal paired her frock with a small fascinator and a clutch bag of the same colour, finally accessorising with a pair of nude heels.

Meanwhile, her blonde locks were pulled back into a glamorous bun, showing off her diamond earrings with a green gem.

Charles-Henri, who used to hold the title of baron but became a count upon marrying, beamed as he was seen exiting the church with his new bride on his arm.