Home » Lifestyle » ‘Queen of the Metaverse’ Paris Hilton: ‘I’ve always been ahead of my time’

‘Queen of the Metaverse’ Paris Hilton: ‘I’ve always been ahead of my time’

Inside Britney Spears and Sam Asghari’s wedding — see the photos

CANNES — Paris Hilton, the self-proclaimed “Queen of the Metaverse,” roared through Cannes Lions on Tuesday.

The iconic early-aughts It-girl-turned-business mogul discussed her wild ride in the digital world during the “VaynerX: The NFT Revolution and What It Means for Brands” panel with VaynerMedia CEO Gary Vaynerchuk and marketing guru Swan Sit.

“There wasn’t a word for it yet, the ‘Metaverse’ — but I was creating this place called ‘Paris World’ [in 2017] where people could be avatars, they could come and they could hang out and watch me DJ, party and go shopping,” Hilton, 41, said, pointing out that she was an early innovator.

A bit of her signature “baby voice” breaking through, she added, “I’ve always been ahead of my time.”

Indeed she has. Hilton — revered as the “original influencer” by some of today’s top social media talent — has not only pioneered parts of the “Metaverse,” but has already broken records as an NFT curator.

In 2021, the multi-hyphenate became the highest female earner for the sale of an NFT. Her “Iconic Crypto Queen” piece with artist Blake Kathryn sold for a whopping $1,111,211.

“I love the voice I’m able to give women to really elevate them and empower them,” the “Paris In Love” star exclusively told Page Six after the panel. “Being in this space also gives me a platform to empower all creators to take their power back.” 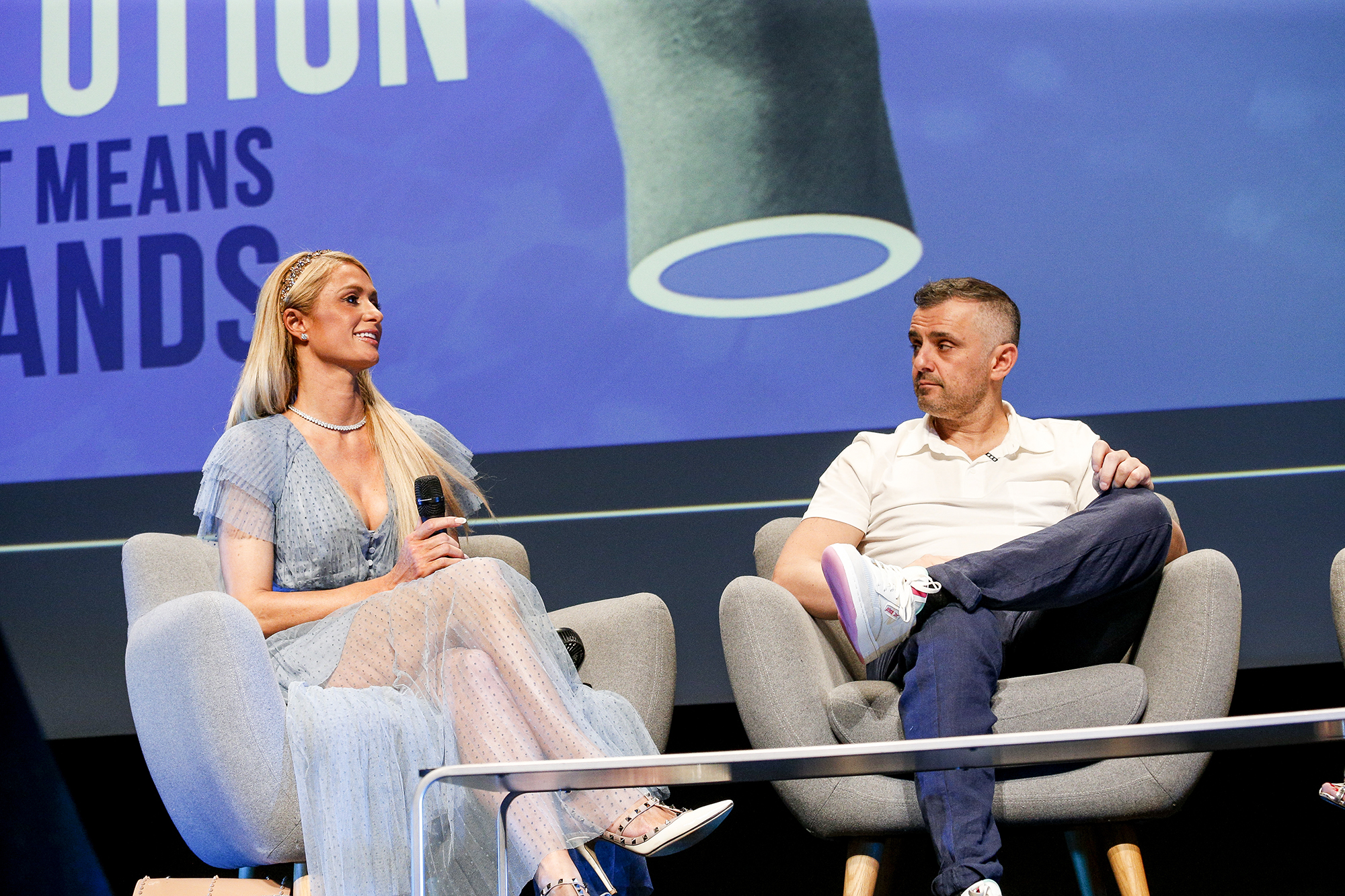 Though “Queen of the Metaverse” sounds a bit zany, it’s a title Hilton is proud of. “It means a lot to me because I love being a future thinker,” she told us. “I love what I do.”

These days, Hilton even prefers the “Metaverse” to Hollywood. The onetime tabloid target said during the panel that the “competitiveness” she’s experienced in showbiz is nothing like the supportive community she’s been able to build online.

“Everyone is so willing to teach each other, to support each other, to lift each other up. The mentality is so different than in Hollywood,” she said. “Everyone wants to push this forward so people can understand — because it’s a lot.”

The “Stars Are Blind” singer told Page Six that her younger self would be thrilled with her accomplishments in the “Metaverse” and beyond.

“She would love the woman I am today and all the impact I’ve made as ‘Queen of the Metaverse’ — and also with my legislation,” she said, acknowledging her White House activism for victims of the troubled teen industry. 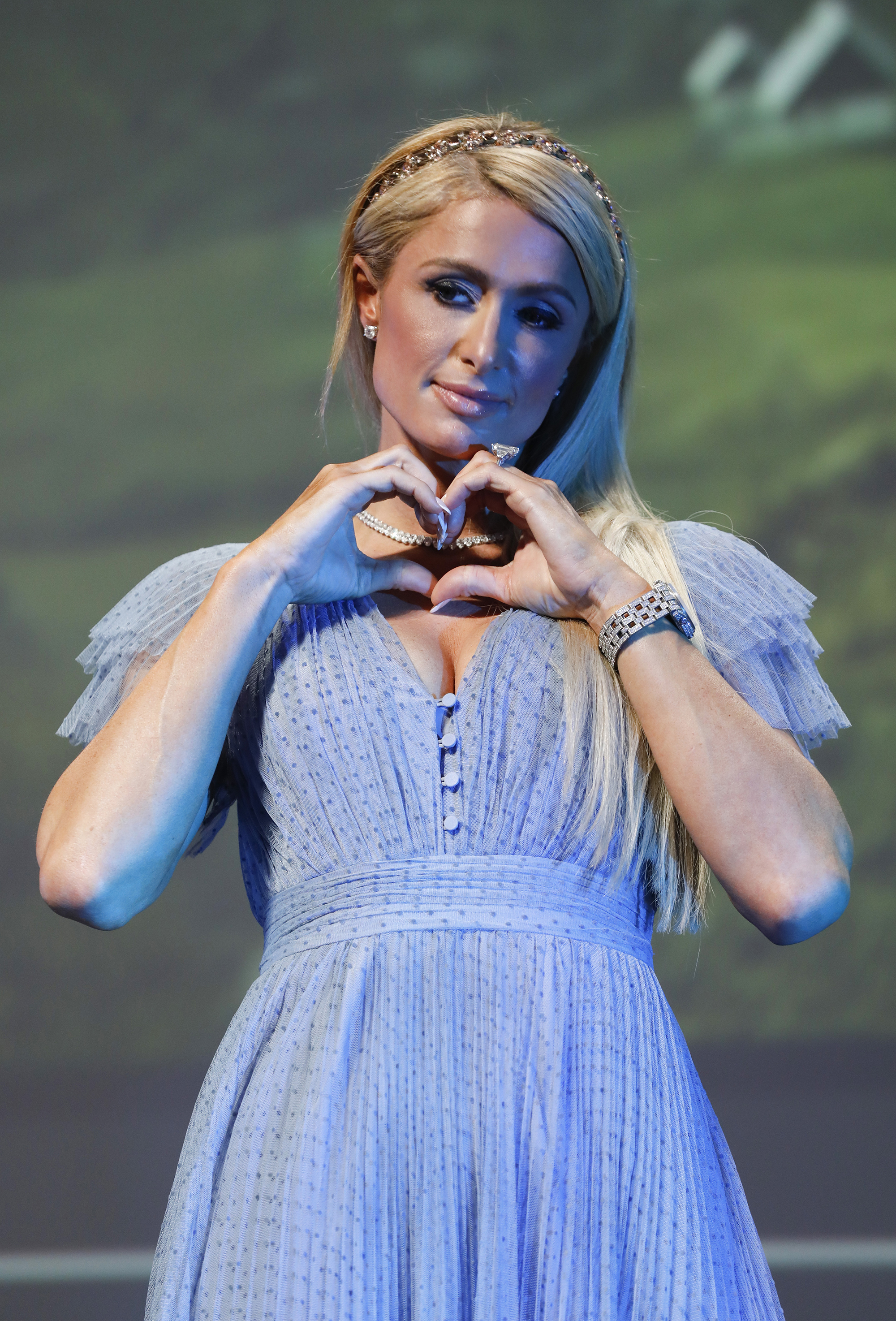 “Young Paris would be so proud of me,” she noted, “for making all my dreams come true.”