Home » Lifestyle » Racism, Fetish, or Perfectly Fine? I Asked a Sex Expert What It Means if You’re Only Attracted to a Certain Race

Racism, Fetish, or Perfectly Fine? I Asked a Sex Expert What It Means if You’re Only Attracted to a Certain Race 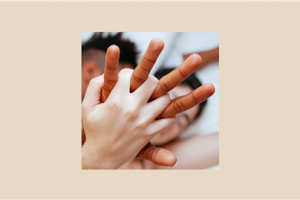 After the March massacre of Asian massage workers in Atlanta, I authored a piece for Cosmopolitan that condemned the fetishization of Asian women and examined how desire can become a source of violence for women who are sexualized past the point of their humanity.

After publication, my inbox was flooded with readers’ thoughts: most derogatory, some supportive. What stood out to me, though, was that more than one person took the time to ask me the same question: am I racist for being attracted to Asian women?

Like most issues surrounding race, it’s simple and it’s not.

Yes, Asian women are more likely to experience sexual violence than any other ethnic group, according to a study by the National Network to End Domestic Violence, but it’s not that every person who is attracted to Asian women—or any person of color—is a racist who has exotic fantasies. I spoke with Doctor Ummni Khan, an expert in deviant sexuality (with a focus on sex work and representations of hardcore eroticism), to better understand what’s going on here. In short, it’s a matter of why and where that attraction stems and their expectations and projections of it. “There can be a number of reasons why people are drawn to a particular race, including derogatory or limiting stereotypes, but not exclusively,” says Dr. Khan.

People of color are prone to have complicated relationships with being seen as exotic already, even outside the lens of potential partners. Less so because of their actual heritage, and more because of the assumptions that come with it. To see their race as a currency on the courtship market—as Dr. Khan puts it, because wanting to be desired is a natural human instinct—brings up conflicting feelings of what race represents to other people. While it does feel othering, it also means trying to gauge whether someone wants to be with them out of healthy attraction versus an orientalist fantasy they’ve built up in their head.

It’s clear to me the role my heritage as an eastern Asian woman has played in my own romantic history, for better and worse: the racially-charged catcalls, the weird orientalist comments made by men (sometimes strangers, sometimes not) who message me, and especially the time when the boy I had been sleeping with called me a “chink” at a party because it was the easiest and most obvious blow. My race is the first impression people get of me, and trying to navigate people’s attraction and assumptions towards it has been a hell of a journey.

And what about those whose attraction to a particular race goes a step beyond their tendency to swipe right on a certain type? It’s easy to understand why some sexual acts—like race-play—are assumed to be and that any person of color who participates in something that’s designed to demean them is deserving of judgment.

But all of that comes from a misunderstanding of what kink is—and how it can actually be empowering for marginalized individuals, if approached consensually. “One of the things that kink does is take things that are really bad, like non-consent, racism, sexual violence, etcetera, and give people an opportunity to transmute them into a pleasurable scene,” explains Dr. Khan. “For people who are into kink, they can find those things really arousing and, in my opinion, the right to pleasure is an important one.”

Experts in the field of sexual assault have published research around rape kinks and how it can be a coping mechanism for victims of sexual assault by taking pleasure and control in a situation where they had none. The same logic can be applied towards race-play, though as Dr. Khan puts it, “people who participate in race play get policed—sometimes by white people—for putting race to the surface of their own pleasure.”

But at its core, kink rejects what Black feminists call respectability politics. “Marginalized people face a lot of pressure—sometimes within our own community—to stand up against stereotypes; so if I’m an Asian woman who enjoys being submissive in bed, I should be ashamed of that because I’m reinforcing a stereotype,” says Dr. Khan. “Respectability politics puts this pressure on marginalized people to not extract pleasure from certain acts, so race play—if you’re kink positive and pleasure positive—is a way to work against that particularly damaging social force and play with it on your own terms.”

This isn’t to say that every interracial couple is engaging in a form of race-play. But it would be harmful to ignore the role race has in sex, even on a surface level of initial attraction. I am someone who is cautious (at best) and distrustful of dating apps because of the sheer number of men who self-proclaim to have yellow fever. Dr. Khan says that’s one of the realities of being asked to list preferences .

“Dating apps are making explicit what used to be implicit, like having a race specific desire,” she said.

“For white people, there’s a coolness factor in dating a person of color. It’s one of those currencies that’s now circulating in the ethos of society because it can make them look cosmopolitan,” says Dr. Khan. “But if you’re a person of color, you’re often taken to task for dating a white person because then you’re seen as a traitor to your community.”

All of which is to say that while sexual attraction and romantic desire is an innate part of the human experience, the politics of it can be overwhelming. The construct around race is constantly evolving, and finding what it means to me personally is an ongoing journey, one that plays out inevitably in my dating life. I can’t speak on behalf of every person who emails, tweets, or DMs me about their attraction to Asian women, but after speaking to Dr. Khan, it does feel comforting to know that the spectrum of race-based attraction isn’t all bad.