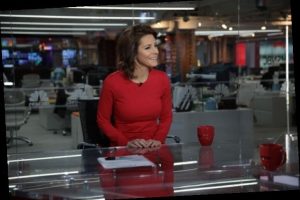 Rashida Jones, an NBC News executive whose oversight of special programming has put her more in demand in recent months, has been placed in charge of MSNBC’s daytime schedule.

Her appointment comes after she has organized several big-headline programs during a punishing news cycle that has included town-hall events, political debates and special reports centered on the 2020 election and the coronavirus pandemic. MSNBC’s daytime schedule is largely built around hour-long programs featuring NBC News anchors and reporters, the result of a pivot in 2015 under top news executive Andy Lack away from a schedule of hosts offering a progressive lens on the news.

“The steps we have taken over the last few years—by infusing the great work of MSNBC with the enormous resources and journalistic heft of NBC News—have prepared us for this moment,” MSNBC President Phil Griffin and NBC News President Noah Oppenheim said to staffers in a memo Wednesday. “And now, reporting on a crisis unlike any of us has ever seen, we are more committed than ever to the mission of breaking more news throughout the day.”

Jones will retain her duties as senior vice president of specials for NBC News and MSNBC.

She has experience with MSNBC’s late-morning and afternoon programs, having served recently as managing editor of the network’s daytime programs.

As part of the move, Dan Arnall, a former weekend executive producer at “NBC Nightly News” who had been given oversight of some MSNBC daytime programs, will report to Jones, as will Betsy Korona, an executive director of news for MSNBC and the NBC News Now streaming video service.

The executives also said executive producers of MSNBC’s primetime programs would report directly to Griffin, with Jonathan Wald, senior vice president of programming and development, taking on a senior executive producer role at “The 11th Hour With Brian Williams.”

END_OF_DOCUMENT_TOKEN_TO_BE_REPLACED

END_OF_DOCUMENT_TOKEN_TO_BE_REPLACED
We and our partners use cookies on this site to improve our service, perform analytics, personalize advertising, measure advertising performance, and remember website preferences.Ok