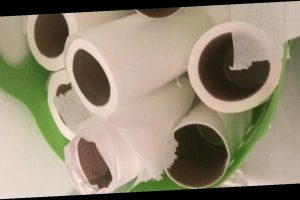 It's no doubt every family has its own habits.

Some even have an interesting secret when it comes to using the loo.

In a photo posted on the Mildly Infuriating forum on Reddit, the person admitted their family never finishes a roll.

They said: "My family never finishes a roll of toilet paper before starting a new one."

Now it's no surprise that the user's secret caused quite a bit of a divide on the open forum.

Some are even urging the social media fan to "get a new family" too.

One Reddit user said: "Throw out your family before THEY'RE finished."

Another poster agreed: "Amen get a new family, burn your house down, they are all psychopaths to do this."

A third person joked: "They keep hoping the next roll will be better."

And a fourth slammed: "What on Earth kind of psychopathic toilet paper strategy is that though? That's lunacy."

While a fifth admitted their family does the same thing.

They added: "I was going to say the same. My family leaves the empty roll and places the fresh one on top of the holder.

"I've been thinking about starting a new life without them. I'll take the youngest, she's still young enough to learn."

However, one user seems to think that there is a logical explanation for the unfinished toilet roll business.

The user explained: "Having studied the picture far more closely than any sane person should, I conclude that this isn't a bin but a kind of toilet paper receptacle. Like maybe the've got a basket near the toilet instead of a TP holder."

Another said it could be likely someone in that home works as a janitor or house keeper.

They revealed: "My work building (pre Covid) the janitors were instructed to always put a new roll on each stall each night no matter what was left, even if it was a full roll. The 'leftover' rolls were thrown out, so the janitors all took them home."

So what do you make of this? Leave a comment below…