The Rev. Dr. Rena Joyce Weller Karefa-Smart, the first black woman to graduate from Yale Divinity School and a leader in the international movement to bring churches closer together, died on Jan. 9 at her daughter’s home in Rancho Mirage, Calif. She was 97.

Her death, under hospice care, was confirmed by the daughter, Dr. Suzanne Karefa-Johnson.

In addition to her achievement at Yale — from which she graduated in 1945, when black women on any college campus were extremely rare — Dr. Karefa-Smart was the first black woman to earn a doctor of theology degree from Harvard Divinity School, in 1976. She was also the first female professor of any color to receive tenure at Howard University School of Divinity, in 1979.

“It is impossible to measure the distance you’ve traveled and how you’ve helped Yale Divinity School to travel,” Elijah Heyward, a divinity school graduate, said in 2017 when he presented her with the school’s Lux et Veritas alumni award. “The inspiration you’ve stirred for generations of African-American women at Yale Divinity School and beyond is incalculable.”

Dr. Karefa-Smart was ordained as an Episcopal priest and as a minister in the A.M.E. Zion Church. She attended the first Assembly of the World Council of Churches and was an ecumenical officer for the Episcopal Diocese of Washington and an associate of the Center for Theology and Public Policy there. She was also affiliated with Wellesley College, Boston University and Princeton Theological Seminary.

After Yale, her career was shaped largely by that of her husband, Dr. John Albert Musselman Karefa-Smart, whom she married in 1948. A medical doctor and minister from Sierra Leone, he went on to become a prominent diplomat and politician. He helped bring about Sierra Leone’s independence from Britain in 1961, served as the country’s first foreign minister and led its delegation to the United Nations.

That meant the couple lived for many years in Africa and Europe, which accounts for the 30-year gap between her degrees from Yale and Harvard. 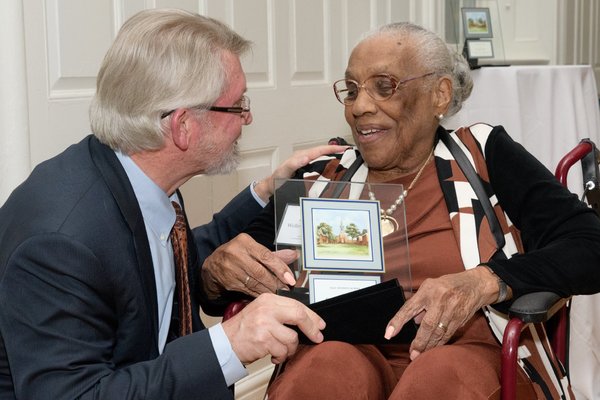 Her mother, Rosa Lee (Lawry) Weller, was something of a role model. The daughter of a woman, Fannie M. Lawry, who had been born into slavery, Rosa Lee graduated from the historically black Benedict College in Columbia, S.C.

Rena and her two sisters and brother moved often with their parents to different parishes, mostly around New England. Rena skipped two grades at a public high school in Connecticut, was inducted into the National Honor Society and entered college at 15 — all highly unusual for a black woman in that era.

From there she went to Yale Divinity School, where she earned a bachelor of divinity degree. Her principal professor was H. Richard Niebuhr, the brother of Reinhold Niebuhr, both prominent theologians.

Richard Niebuhr had a profound influence on her, teaching that God was omnipotent and immutable and that human understanding of him must therefore change over time and space. These ideas would inform her work as an ecumenist, seeking to bring churches together.

Her mentor was Dr. Niebuhr’s associate Liston Pope, who had carried out empirical studies on labor and race relations. With his encouragement, she started a doctoral program in the sociology of religion.

At the same time, her daughter said, it was at Yale that she encountered institutional racial discrimination: Because she was black, she was not allowed to live on campus and had to stay in a boardinghouse, which made it harder for her to feel a sense of belonging.

She met her husband, who was earning his master’s in public health at Harvard, at a worldwide ecumenical conference in Oslo. After they married, he practiced rural medicine in Sierra Leone and then became involved in politics; in 1965 he became assistant director general of the World Health Organization in Geneva.

Dr. Karefa-Smart was constantly on the move with her husband, taking up causes in each new location.

While in Sierra Leone she developed empowerment groups for women, teaching them about family planning and how to earn an income. In Geneva she was active in the World Council of Churches and helped create the Program to Combat Racism, aimed at pressuring South Africa to dismantle its apartheid system.

She and her husband wrote a book, “The Halting Kingdom: Christianity and the African Revolution” (1959). She also raised their three children.

Her husband’s standing in Sierra Leone rose and fell depending on the government in power. In 1970, he was detained as a political prisoner; after his release in 1971, he came to the United States and taught at the Harvard School of Public Health. At the same time, she enrolled at Harvard Divinity School.

She received her doctorate in theology in 1976 — on the same day their daughter Suzanne received her undergraduate diploma from Harvard.