Home » Lifestyle » Rethink your Christmas menu: This disease has wiped out an entire oyster crop

Rethink your Christmas menu: This disease has wiped out an entire oyster crop 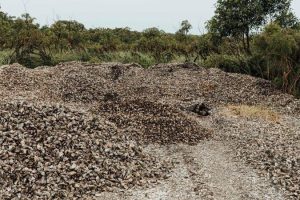 Those hoping to put Sydney rock oysters on their table this Christmas will need to reconsider after a deadly disease wiped out all the stock in Port Stephens, leaving farmers pondering their future.

Port Stephens’ XL Oysters owner Matthew Burgoyne said the QX disease, also known as Queensland Unknown, was first seen in the area in August 2021 and then again in February 2022. 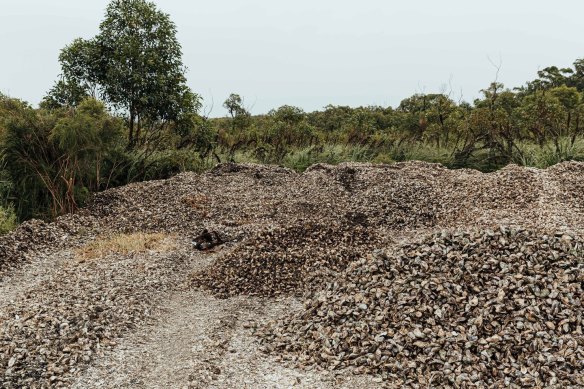 Port Stephens’ oyster “graveyard” after a deadly disease wiped out all the stock, leaving farmers pondering their future.Credit:Matthew Burgoyne

Since then, the disease has wiped out the entire Sydney rock oyster population in the region, which produces about 16 per cent of the state’s supply.

QX is a seasonally occurring disease that kills Sydney rock oysters but does not have any impact on humans. But for farmers such as Burgoyne, entire crops have been ruined and disease-resistant oysters have also been ravaged. It will be years before they can begin to sell the oysters again.

“In terms of stock at Christmas: there is little to no stock of Sydney rock oysters or Pacific oysters out of Port Stephens,” Burgoyne, who is also the NSW Farmers Port Stephens oyster branch chair, said.

“Pretty much every farmer in Port Stephens has lost 100 per cent of their Sydney rock oyster crops. We’ve had to turn to Pacific oysters and they have had their challenges in Port Stephens over the years – we’ve had unexplained mortality in them too.

Rock oysters in Port Stephens have been wiped out by the QX disease.Credit:Wolter Peeters

“We are still on tenterhooks on how that may play out, but they are the only chance we have of actually staying really viable.”

He added that, before the disease outbreak, there had been 40 oyster farms in the region. That had now declined to 30 farmers, many of whom are having to find additional employment off their farms to keep their business afloat.

“At best, we are 12 months away from income coming in,” he said. “It is devastating to see. It is still a knife-edge in Port Stephens and if we will pull through as an industry and [if so], it will only be a shadow of what it used to be for some time.”

A NSW Primary Industries spokesperson said the department undertook surveillance of Port Stephens and found QX to be present more widely across the estuary during August last year, which caused extensive losses in Sydney rock oysters there. 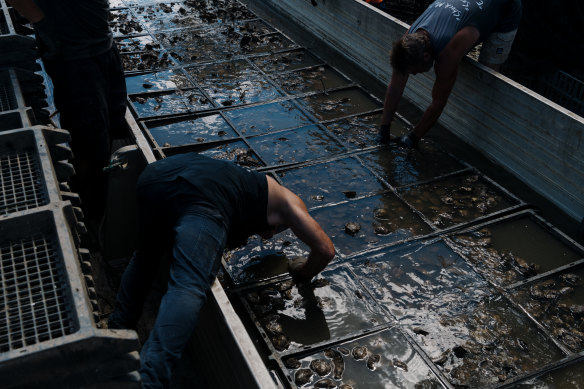 Oyster farmers have been battling years of floods that have affected supply, including Hawkesbury River Oyster Shed farmers Deb and Peter O’Sullivan who rushed to save their stocks in the March 2021 floods. Credit:James Brickwood

“Tracing and sampling was undertaken for oyster shipments that had occurred prior to the detection of QX in August 2021 in Port Stephens.

“No evidence was found of the spread of QX outside Port Stephens from this event,” the spokesperson said. “NSW DPI is continuing to work closely with the NSW oyster industry and affected oyster growers in response to this detection.”

Port Stephens MP Kate Washington said in some areas there were mountains of dead oysters.

“With little prospect of earning any income for at least another year, some oyster farmers have been forced to walk away from the only industry they’ve known,” she said. “I’ve been working alongside our local oyster farmers, to get the support they need from the NSW government. We must ensure this important local industry survives.”

The disease was first confirmed in NSW in 1994, in the Georges River in Sydney, and hit the Hawkesbury River region hard in 2004, resulting in huge losses to Sydney rock oyster farmers.

Sydney Fish Market spokesperson Alex Stollznow said oysters indicate the health of waterways and can be some of the slowest species to recover after diseases or flooding events.

“Oysters and oyster farmers are used to closures of one kind or the other … You will see a temporary dip in times of serious shortage – like the statewide floods and there were no Sydney rock oysters for six weeks – but the thing is, even if all of NSW shuts down, the other states can meet our local oyster demands,” he said.

He added that, while incidents of disease outbreak or flooding were heartbreaking for local producers, there were almost 300 oyster farmers in NSW working on 32 coastal estuaries who would be able to meet the state’s demand. But he said it was important for consumers to throw their support behind local producers to ensure the industry remained afloat.