Home » Lifestyle » RHOA’s Kenya Moore & Marc Daly: The Chances Of Them Getting Back Together Revealed 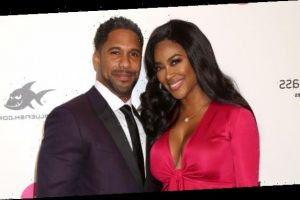 Kenya Moore and Marc Daly announced their split many months ago… but is there a chance of them rekindling their romance? A HollywoodLife source dished on the status of their relationship today.

“Kenya and Marc are really working hard to co-parent,” a HollywoodLife insider revealed EXCLUSIVELY on Saturday, March 28. “She’s allowing him to see Brooklyn a lot which he has been doing. They’re trying to work on their relationship, not necessarily for the sake of getting back together, but for the sake of co-parenting and Brooklyn. It’s looking more likely than not that they’ll get back together romantically but they are communicating better than they did even a few months ago. Kenya really is encouraging Marc to have the best relationship he can for their daughter but romantically, it doesn’t seem to be in the cards right now.”

The Real Housewives of Atlanta stars announced their decision to split in September 2019 after only two years of marriage. Their relationship problems have been a major focal point on the current season of the long-running Bravo series where she banned him from staying at their house in a sneak peak of an upcoming episode. “It’s just a lot of things I felt I was in the dark about…I just don’t know how to even make the visitation work,” she admitted before adding that Marc can still “see [Brooklyn] whenever he comes” to Atlanta. The catch? “I don’t want him to stay here.”

Someone who doesn’t appear to be a fan of Kenya’s businessman beau is her BFF Cynthia Bailey, 52. Cynthia bashed him for not being friendly towards the former Miss USA winner at his charity event which she didn’t “appreciate”. Kenya even stepped in during the planning to help ensure that the event was a success. Yet, he didn’t thank her or even acknowledge her help during his speech. All of this was caught on camera during a recent episode.

“I’m not saying that he intentionally set out to not thank her, I just thought it was just really in poor taste that he didn’t,” the supermodel said during a Bravo recap. “I’ve seen all sides to Marc. I’ve seen Marc where he’s amazing … and then I’ve seen other sides where I don’t get it. He’s not that nice.”

END_OF_DOCUMENT_TOKEN_TO_BE_REPLACED

END_OF_DOCUMENT_TOKEN_TO_BE_REPLACED
We and our partners use cookies on this site to improve our service, perform analytics, personalize advertising, measure advertising performance, and remember website preferences.Ok