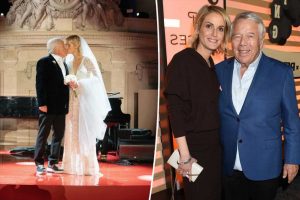 We hear the 81-year-old billionaire and 47-year-old doctor invited guests to a “Kickoff and a Touchdown” party at the Hall des Lumières in lower Manhattan and told them to dress festively, but did not disclose that they’d be tying the knot.

Sources say the couple showed a moving 10-minute video before they were introduced to the crowd of about 250 as husband and wife by the voice of NFL commentator Al Michaels.

Kraft stepped on a glass during the party per Jewish tradition and explained its meaning to the gathering, (but it’s unclear when and where the pair actually said “I do”).

We hear that Kraft told the crowd that the couple only hatched plans for the lavish wedding celebration mere weeks ago after they went backstage at Sir Elton John’s recent “Farewell Yellow Brick Road” tour stop at Gillette Stadium in Foxborough, Mass. 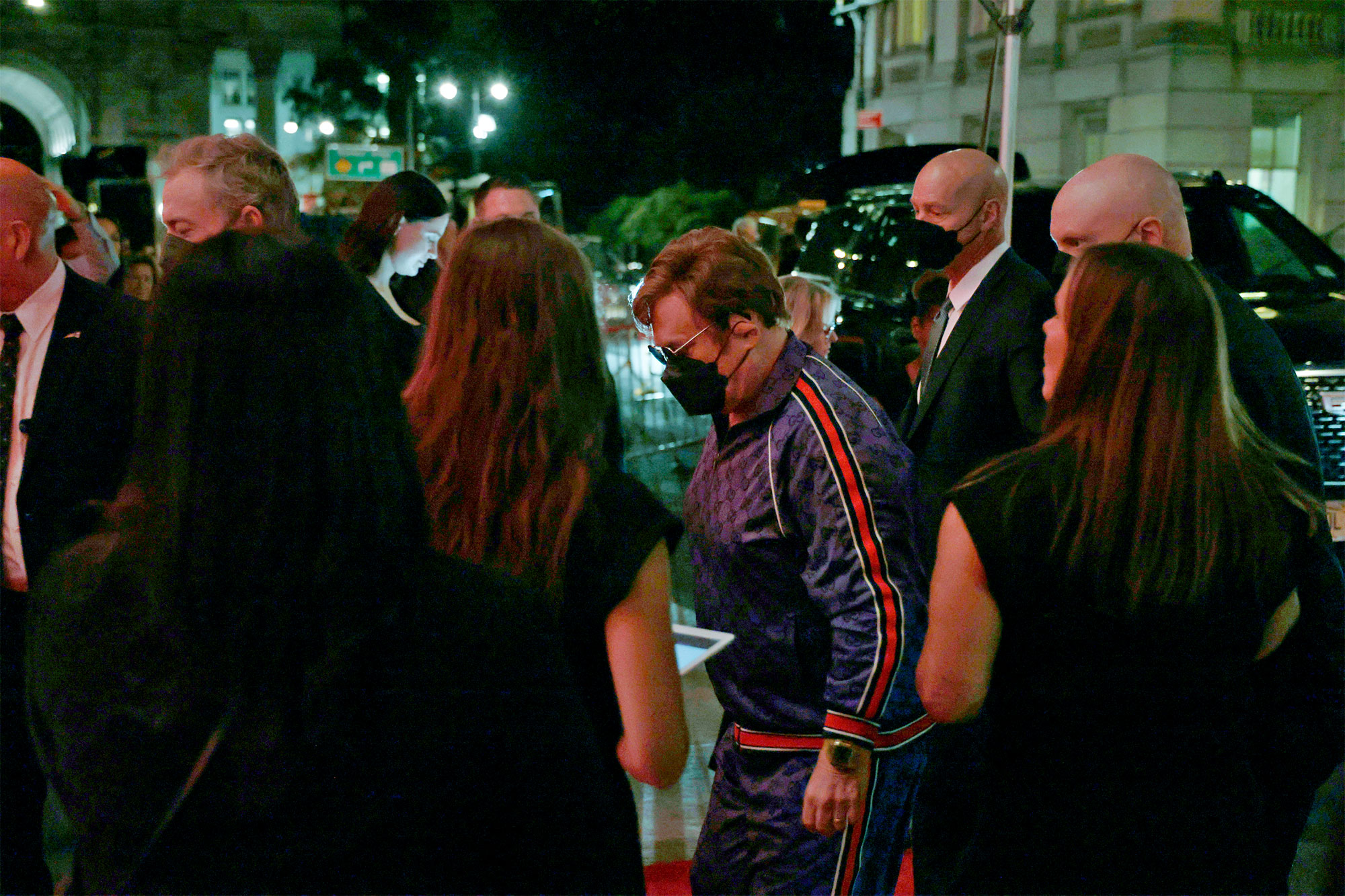 A source told us of the “Rocketman” singer, “He loved [Blumberg’s] engagement ring. He said, ‘When are you getting married?’”

When the couple said they were thinking of quietly eloping, John, 75, apparently told them, “Well, when you get married I want to play as a gift!”

The couple took the rock legend up on his offer and picked the one date John had available. Said a guest, “Elton just did this as a friend and to honor their friendship. They planned this event in, like, three weeks!”

The Grammy winner announced the newlyweds as Mr. and Mrs. Robert Kraft for the first time and told the fancy gathering he flew into the Big Apple just to perform as a wedding gift, the insider dished. 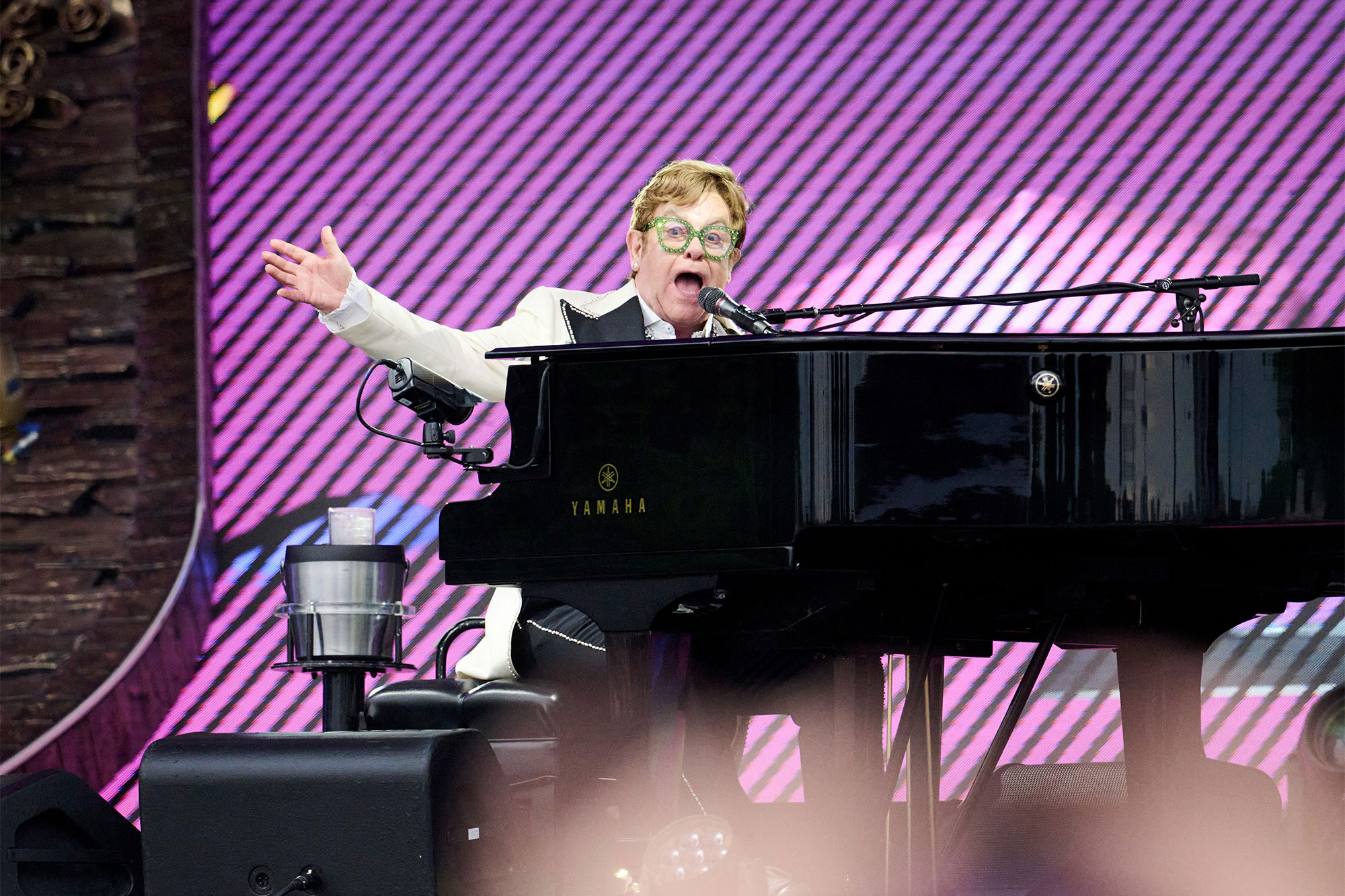 The crooner kicked off his hour-long performance with “Circle of Life,” followed by “Tiny Dancer,” “Philadelphia Freedom,” “Don’t Let the Sun Go Down on Me,” “Can You Feel the Love Tonight,” and more. He also did a duet with Ed Sheeran of “Candle in the Wind.”

Other performers at the elegant celebration included Sheeran and Meek Mill, spies told us. Kraft and Blumberg had a first dance as Sheeran played an acoustic number. Grandmaster Flash DJ’d the event and played the hora before it all turned into a big dance party. There was also a seven-tired wedding cake.

Guests, including former Patriots quarterback Tom Brady, munched on food ranging from caviar to knishes. The NFL pro, 45, was all smiles as he arrived without wife Gisele Bündchen and was seen hanging out with Jon Bon Jovi inside the venue. 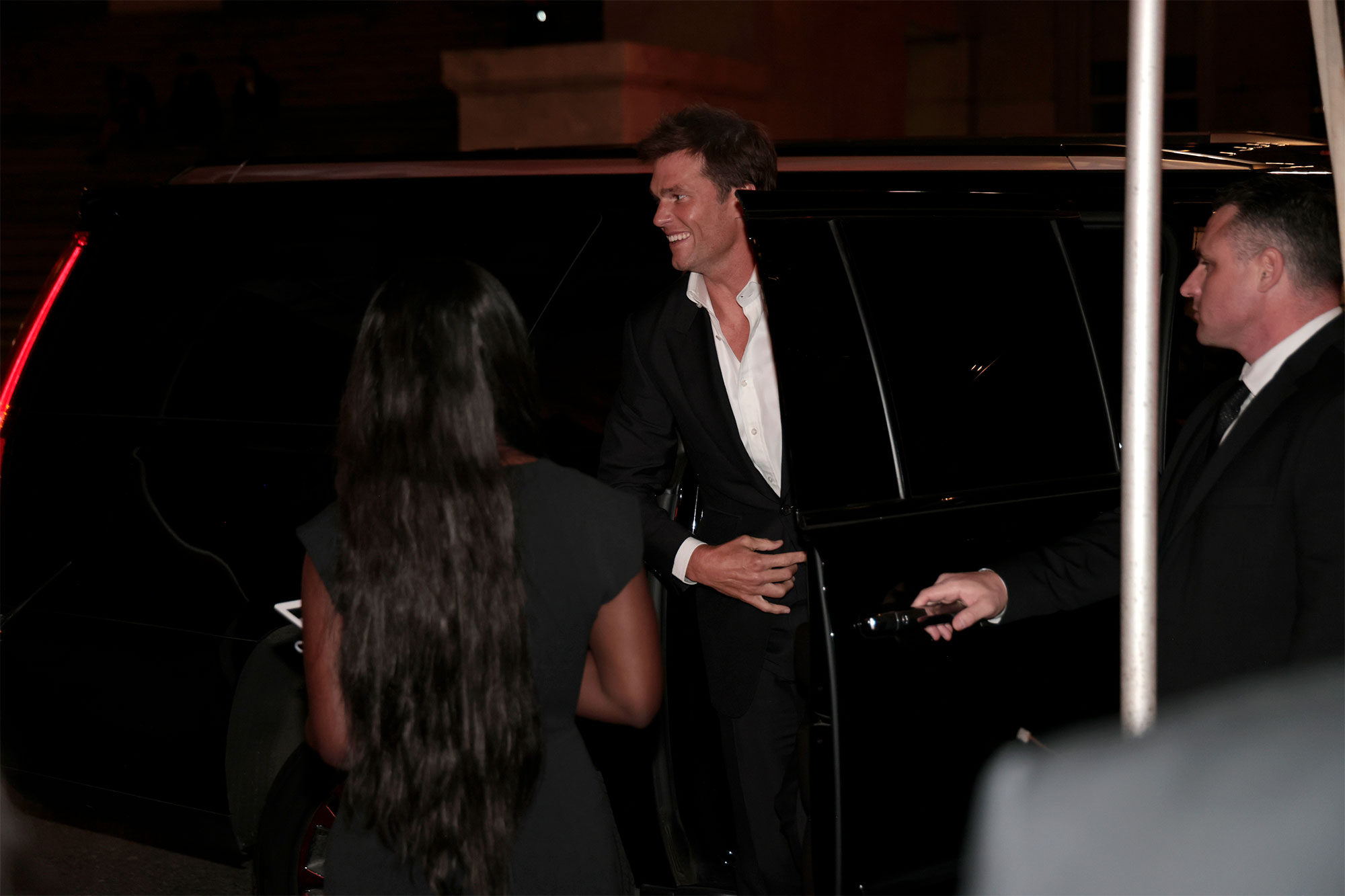 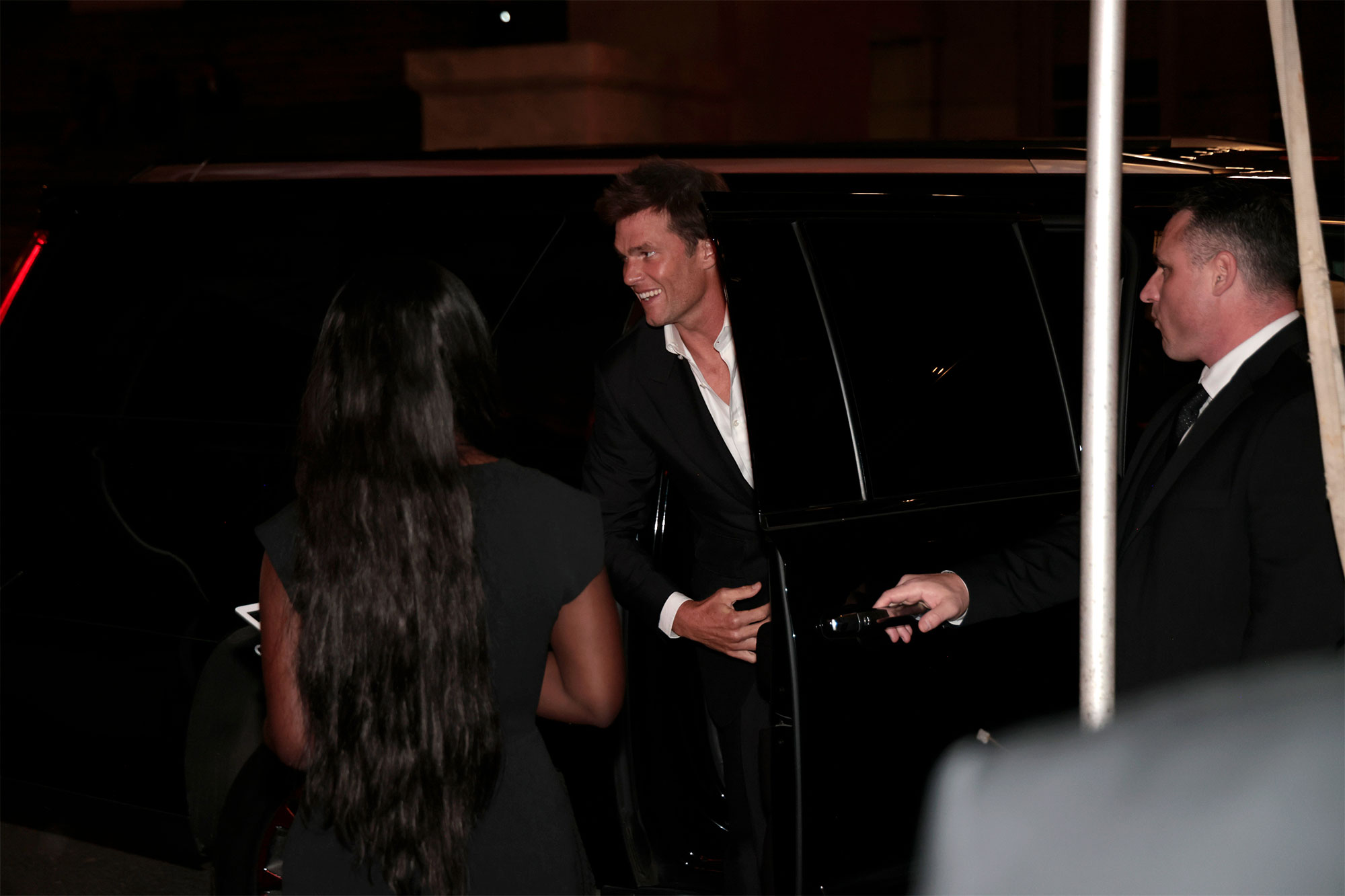 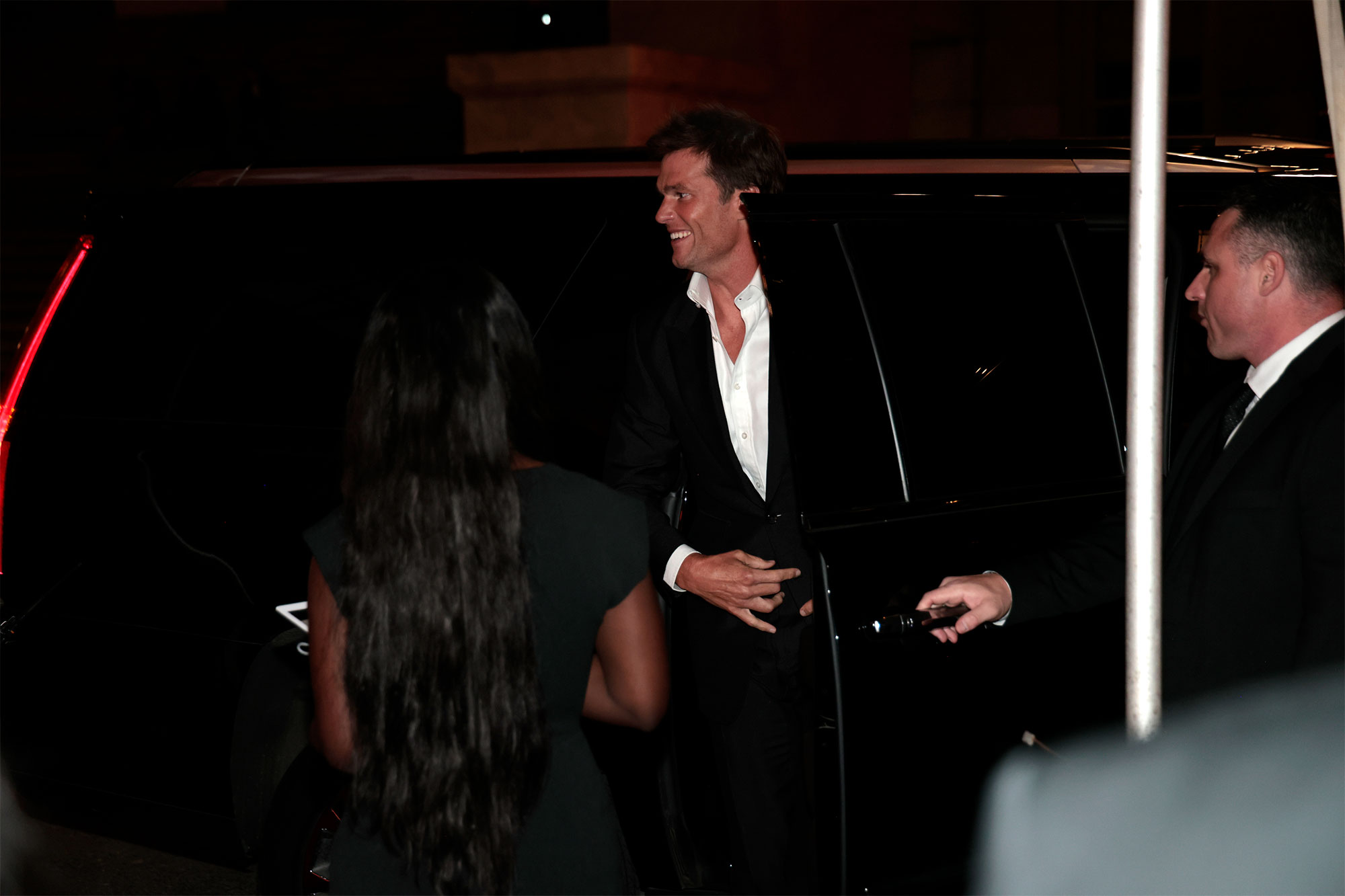 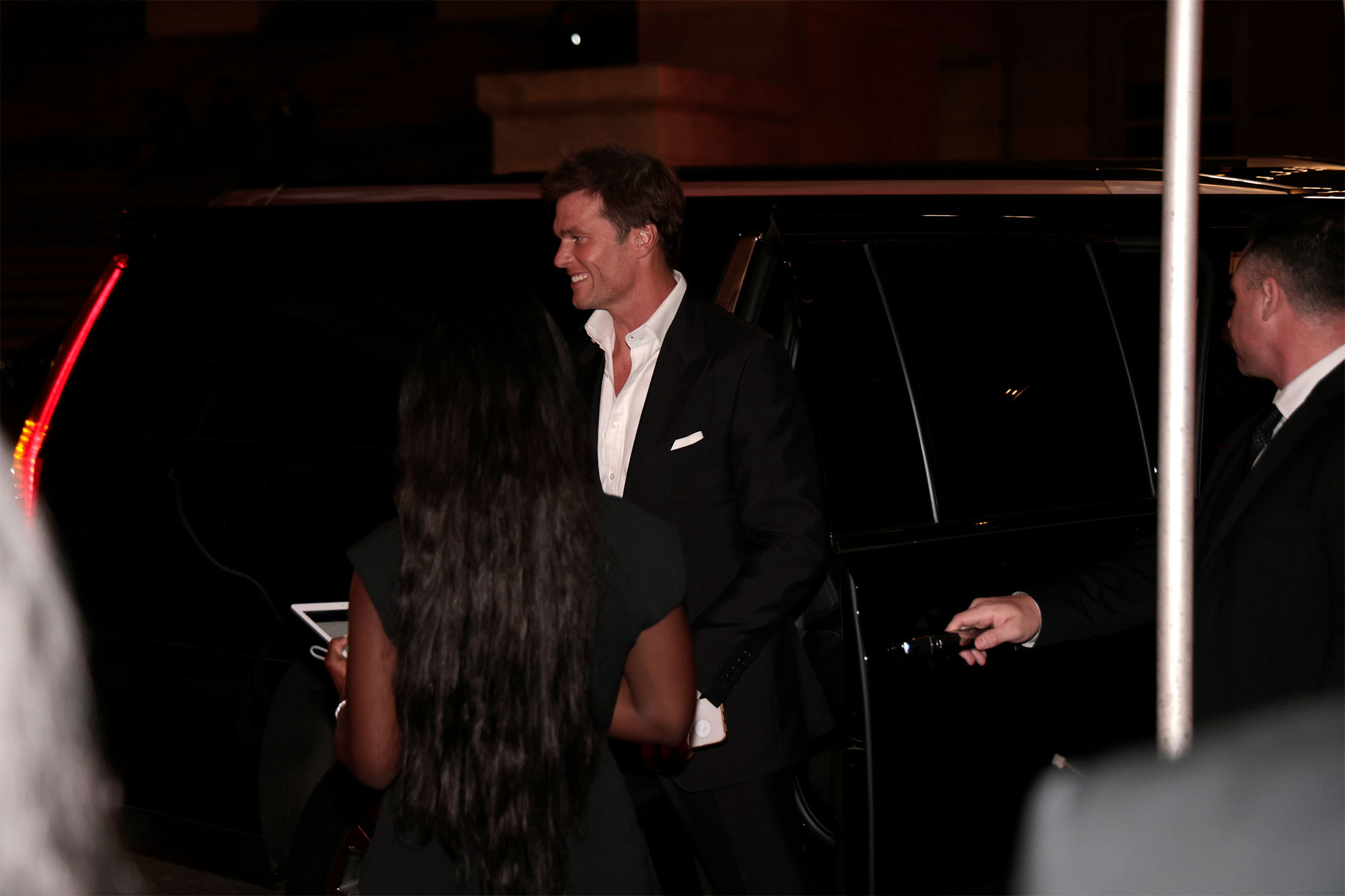