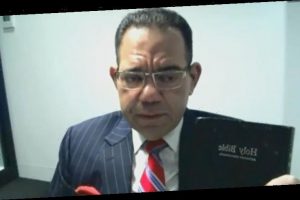 Sacked Casey councillor Sam Aziz promised a representative of a company owned by a Kuwaiti sheikh that he would fight for the company’s interests at the same time he was secretly negotiating with the representative over a housing finance deal. 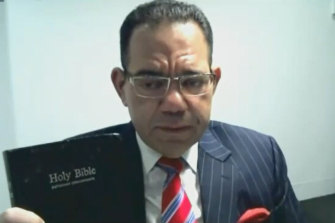 For a second day Mr Aziz was grilled over his relationship with Mr Andrew Nehme, a director of companies owned by Kuwaiti Sheikh Mubarak al-Sabah as he faces mounting accusations of corruption and "selling his influence” as a councillor.

IBAC has heard of an alleged $230,000 kickback to Mr Aziz from Mr Nehme for his help in initiating the process to sell the Casey Lifestyle Centre, a council-owned big box shopping centre in Narre Warren to the Panama-based Action Realty Australia.

Mr Aziz has insisted the payments were a personal loan. IBAC counsel assisting Michael Tovey, QC, described the loan as a “sham,"

Action Realty bought the shopping centre for $20 million in 2016 and then sold it for three times that three years later. 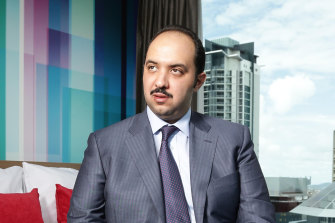 On Wednesday IBAC heard secret recordings from late 2018 as the Kuwaiti-based interests were seeking to on-sell the shopping centre.

In the recording Mr Aziz is heard asking Mr Nehme for help with hundreds of thousands of dollars in housing finance. Mr Aziz raises the idea of a loan and Mr Nehme talks about providing funds for a “deposit”.

“You must have understood that as a bribe,” asks Mr Tovey, an accusation denied by Mr Aziz who has denied ever receiving any bribes.

A second phone intercept reveals Mr Aziz lobbying Casy's then planning director Peter Fitchett to talk to Mr Nehme to provide a “further degree of comfort” about the sale of the site.

And in a third call Mr Aziz reports back to Mr Nehme on his conversation with Mr Fitchett, stressing that council's planning staff had become more “receptive” about such requests because of a review of planning at Casey that had put senior planning jobs at risk.

Mr Aziz is heard saying he wants to keep at “arm’s length” from the negotiations and promises to be in the "background"and "fighting for the right outcome” for the City of Casey.

He told IBAC on Wednesday that he did not follow up the housing finance idea with Mr Nehme.

On Wednesday IBAC also returned to separate allegations that Mr Aziz and others took bribes from developer John Woodman as he pushed for a rezoning at Cranbourne West worth $150 million.

In particular Mr Aziz was quizzed about Mr Woodman’s alleged funnelling of payments to Mr Aziz through a horse-breeding company known as Spicer Thoroughbreds.

Last year the owner of Spicer Thoroughbreds, Brad Spicer, told IBAC investigators that the payments to Mr Aziz were “totally unauthorised” and he knew nothing of them.

Both Ms Wreford and Mr Woodman have previously testified that Spicer was in fact used to pay Mr Aziz as he helped steer the rezoning through Casey Council as far as the desk of Planning Minister Richard Wynne.

Mr Aziz has repeatedly maintained he was unaware that Mr Woodman was paying him through Spicers.

But Mr Tovey dismissed the company as a non-existent “sham” to hide corrupt payments from Mr Woodman.

While Mr Aziz has repeatedly rejected a multitude of allegations of his involvement in corruption he did concede on Wednesday that he had provided false evidence to an earlier private IBAC examination in 2019 about a financial deal with Woodman.