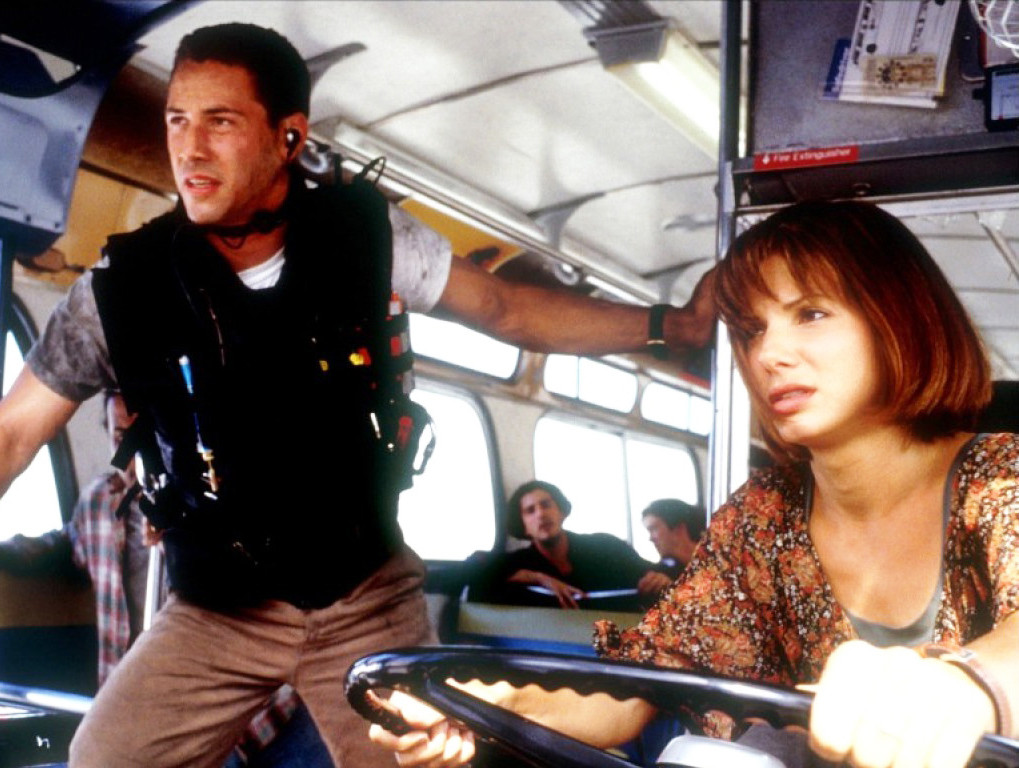 It’s been almost 25 years since Sandra Bullock and Keanu Reeves starred in Speed—but the actress remembers having the hots for him like it was yesterday.

The star opened up about her co-star crush on Thursday’s episode of The Ellen DeGeneres Show.

When asked to look back on the 1994 action film, Bullock recalled “how sweet Keanu Reeves was and how handsome he was.”

“It was hard for me to, like, really be serious,” she told host Ellen DeGeneres. “He would look at me, and I would, like, [nervous laughter].”

It looks like he was a good acting partner, too.

“My dress sort of kept flying up…So, I said, ‘Whatever you do, just keep my dress down,'” she recalled. “The whole stunt, he just made sure my dress [was kept down]….It was very sweet.”

However, Bullock said the two never developed a romance off of the set.

“[I] never dated him,” the Ocean’s Eight celeb said. “There was something about me I guess he didn’t like.”

In fact, she assumed they remained friends for so long because they never dated.

Bullock acknowledged the film “most definitely” helped launch her career. She even won a few MTV Movie Awards for her role as Annie. Of course, Bullock went on to star in several other films, including Miss Congeniality, The Proposal, The Blind Side and Gravity. While she picked up an Oscar and several nominations along the way, DeGeneres thought she deserved more recognition, especially considering all of the money she brought in for Warner Bros. So, the TV host gifted the star her very own banister.

“I have to say, that’s not our building,” DeGeneres said when the handrail was revealed. “So, they may take it down.”

Watch the video to see the interview.