While it may be rare, it’s not totally unheard of for former couples to remain on good terms following their separation. That is the case for Prince Andrew and Sarah Ferguson, both 59 – who publicly announced they had split just six years after their wedding in 1986. The duo have reportedly lived together since parting ways romantically, and Sarah – also known as Fergie – has taken to Instagram to share photos of the Duke of York a number of times on recent occasions. The Duchess has previously insisted that they are not a couple, but fans often comment on her Instagram posts that the duo should reunite.

The Duke and Duchess of York were granted a divorce in 1996.

They announced their mutual decision to divorce in May that year, with the settlement being reached by the end of the same month.

Just months after their divorce, Sarah was forced to lose her title of Her Royal Highness.

This is because Queen Elizabeth II used a letters patent to change the post-divorce royal titles of former wives of a son or grandson of the monarch, as well as of the eldest living son of the eldest son of the Prince of Wales.

No mention was made as to what would happen should one of these aforementioned royals, or any sisters they may have, divorce their husband – if they had one. 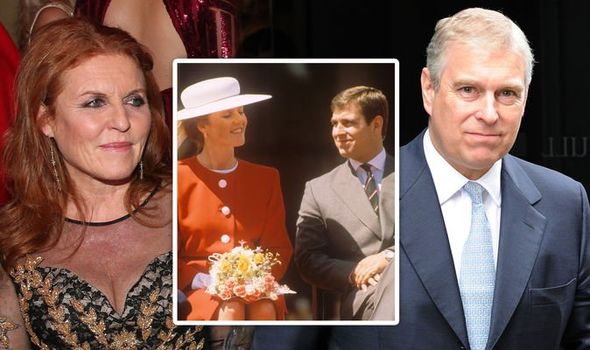 Sarah Ferguson and Prince Andrew: A timeline of their relationship

Sarah and Prince Andrew first met as children, with Fergie revealing in her autobiography that the pair had played tag as youngsters while her father Major Ronald Ferguson played in a polo match.

Fast forward to their years as young adults, and the duo had another encounter.

They met at a party held by Diana, Princess of Wales, at Windsor Castle in 1985 after Royal Ascot.

It seems they hit it off, as shortly after the gathering, they’re thought to have begun dating.

The following year, they announced their plans to marry, and just a matter of months later, their wedding at Westminster Abbey took place.

The happy couple fell pregnant with their first child just over a year later. 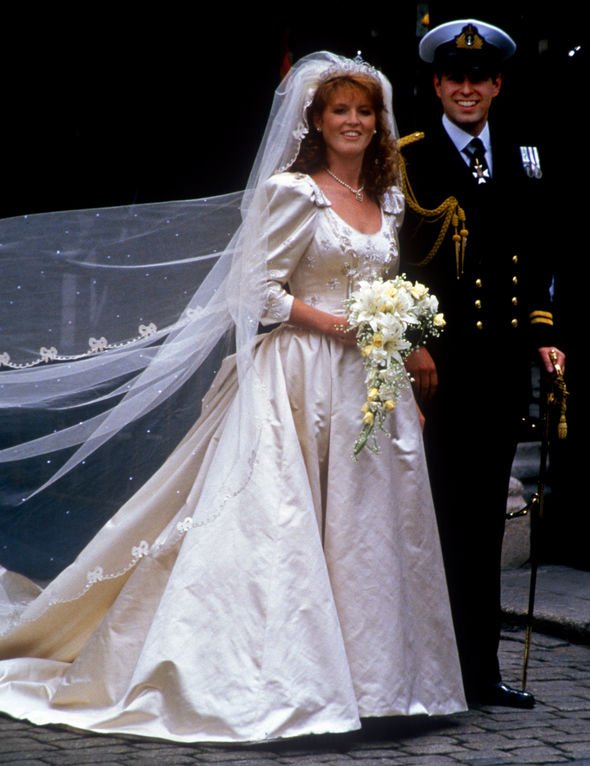 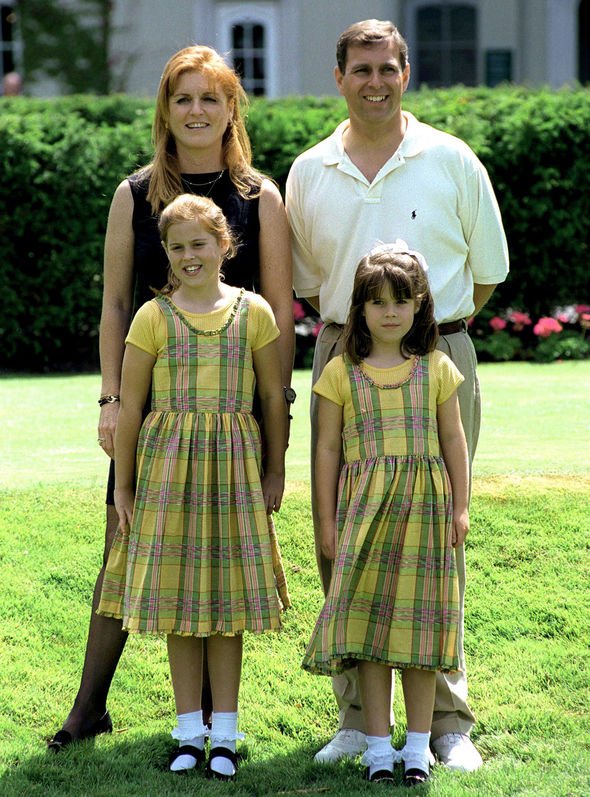 The Duke and Duchess of York in pictures

Sarah Ferguson and Prince Andrew, the Duke and Duchess of York in pictures.

The Duke and Duchess of York in pictures

And, it wasn’t long until Sarah and the Prince added to their family with a second child.

They welcomed their second daughter, Princess Eugenie of York, into the world on March 23, 1990.

Despite their separation in 1992 and subsequent divorce four years later, the royals are thought to have carried on living together in the Royal Lodge after the Duke of York was granted a lease agreement for the property in 2003.

They’ve also spoken about their close friendship a number of times in the past.

In October last year, the duo sat beside one another at the wedding of Princess Eugenie and her now-husband Jack Brooksbank.

Fergie later revealed she secretly made a touching tribute to their nuptials at her daughter’s wedding, via the colour of dress she chose to wear.

Sarah Ferguson: Five facts about the Duchess of York

Sarah is the second daughter of Major Ronald Ferguson and Susan Mary Wright.

Her parents divorced in 1974, with her mother going on to marry polo player Héctor Barrantes in 1975 and moving to Argentina. Sarah stayed in the UK with her father, who remarried in 1976 and went on to have three more children.

She wore an ivory-silk wedding gown designed by Lindka Cierarch which had a 17 foot train and 20 foot veil. As is tradition, Sarah wore a diamond tiara, and her wedding band was crafted from Welsh gold.

The couple spent their honeymoon abroad the real yacht Britannia off the coast of the Azores Islands.

However the couple remain on good terms, even living together in the Royal Lodge from 2008 until Sarah moved to a ski chalet in Switzerland they bought together in 2015.

Sarah has written children’s books for many years, her first being a series about Budgie The Helicopter in the early 90s.

She has also been the US spokeswoman for WeightWatchers after famously battling her weight over the years.

On top of commercial endeavours, the Duchess devotes plenty of time to charity, including Children in Crisis, which she founded in 1993.

She has over 200,000 followers across the platforms, and shares many insights in to her life.

Most of the Royal Family are not on social media, but are represented by Kensington Palace, Buckingham Palace, or Clarence House.

Sarah’s daughters, Beatrice and Eugenie, are the exception, with both joining their mother on social media.

END_OF_DOCUMENT_TOKEN_TO_BE_REPLACED

END_OF_DOCUMENT_TOKEN_TO_BE_REPLACED
We and our partners use cookies on this site to improve our service, perform analytics, personalize advertising, measure advertising performance, and remember website preferences.Ok