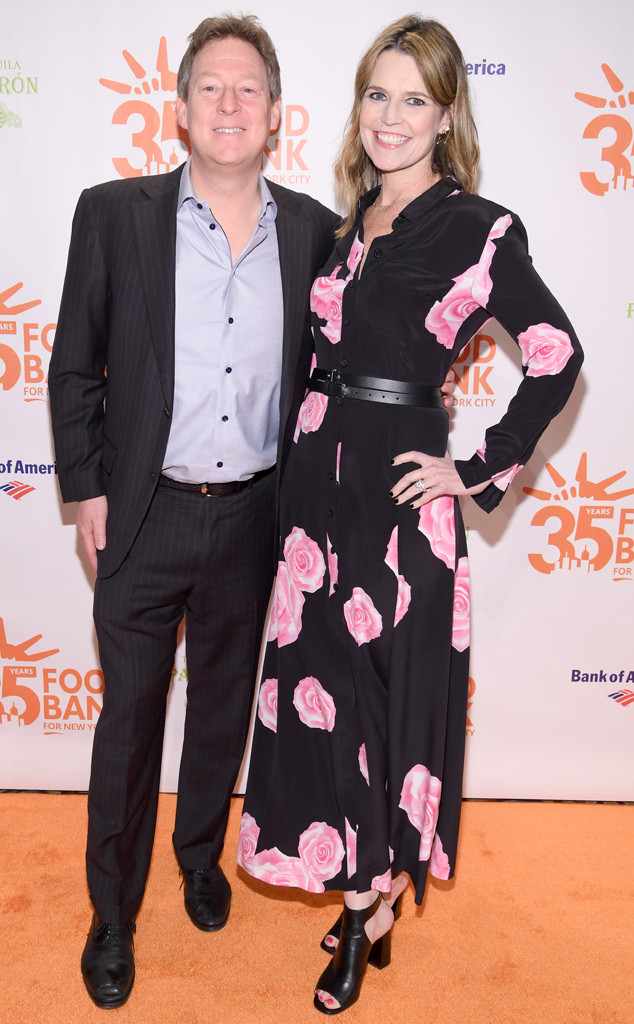 It’s been four years since Savannah Guthrie married Mike Feldman near her hometown of Tuscon, Ariz. However, the two didn’t exactly have a fairytale engagement story.

During Tuesday’s episode of Today, the anchor revealed she actually broke up with her now-husband just before he popped the question in 2013.

“We did break up on the day that we got engaged,” she said.

Guthrie revealed the two had been visiting Turks and Caicos and that she “broke up with him in the morning and got engaged in the afternoon.” However, she refused to share the reasoning behind their short-lived split.

“It really was,” Guthrie agreed.

Of course, Guthrie and Feldman are now happily married and the proud parents to two children: their 4-year-old daughter, Vale, and their 1-year-old son, Charley.

Still, she wasn’t the only one on the Today team with a memorable proposal story. Craig Melvin described proposing to his now-spouse, Lindsay Czarniak, in Miami and shared her hilarious reaction to him getting down on one knee.

“Her first words were, I kid you not, ‘Oh. I think I’m going to throw up,'” he said, recalling his wife’s response.

Sheinelle Jones also recalled getting engaged to Uche Ojeh at her alma mater Northwestern in the rain. In addition, Roker revealed he proposed to his now-wife, Deborah Roberts, on the south rim of the Grand Canyon on New Year’s Day in 1995.

“I thought, you know, ‘If she says no, only one of us is coming back,'” he quipped. “Not saying who…but it all worked out.”

Watch the video to hear all of the anchors’ stories.

(E! and NBC News are both part of NBCUniversal).