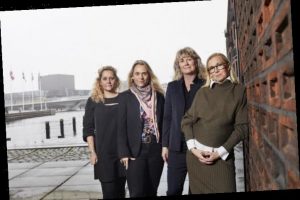 As part of the deal, REinvent will handle international sales for all SF Studios content, including films, TV series and catalogue titles.

This new deal expands the existing relationship between SF Studios and REinvent Studios, which has been handling SF Studios’ Nordic TV series for the past year.

Under the pact, REinvent Studios, headed by Ennis and Helene Aurø, will kick off pre-sales on prestigious Nordic films produced or co-produced by SF Studios. These include Erik Poppe’s anticipated “The Emigrants,” Bille August’s “The Pact,” Charlotte Sieling’s “Margrete – Queen of the North,” as well as “Omerta 6/12” and “Omerta 7/12” directed by Antti Jokinen.

REinvent Studios will also be selling SF Studios’ children’s features such as “Pelle No Tail” and “Jerry Maya’s Detective Agency,” and other Nordic films, including “The Good Traitor” directed by Christina Rosendahl and “Coming Home for Christmas” directed by Ella Lemhagen. Catalogue titles include cult films by Ingmar Bergman and Astrid Lindgren.

“This deal is a very important step in SF Studios’ long-term strategy to be the leading distribution company not only in the Nordic market but also internationally,” says Elsa Berg Bjärtun, executive VP of distribution at SF Studios.

Bjärtun added: “The combination of REinvent Studios with (its) progressive approach to the international market together with SF Studios’ slate of the best Nordic films will manifest the strength of Nordic content globally.”

Meanwhile, Ennis said: “SF Studios and REinvent are on the same page and there is a lot of trust between us. With my own experience in film sales at TrustNordisk and Helene (Aurø’s) own high profile and experience at DR Sales, we bring unique clout on the market and a vision that fits SF Studios’ own strategy.”

Ennis said REinvent was also able to raise co-financing for projects, as it did recently with SF Studios’ upcoming “The Oxen” book trilogy, which will be adapted by Emmy-award winning writers Mai Brostrøm and Peter Thorsboe.

“Looking at the market today, you can’t build silos, saying, ‘This is sales, this is financing, this is production.’ You have to wear one hat and be able to have the full picture to make these amazing projects happen,” said Ennis.

At Göteborg Film Festival’s TV market, REinvent Studios will be repping two series: the Swedish medical drama “First Responders” and the Finnish high-end drama “The Peacemaker,” which will be presented as part of the showcase “Coming Next from the Nordics.”

“First Responders” will premiere on NENT Group streamer Viaplay, while “The Peacemaker,” produced by MRP Matila Röhr Production (“All the Sins”, “The Paradise”), will roll on Finnish public broadcaster YLE.