Home » Lifestyle » Schoolhouse, outhouse? The mysterious history of the Nutbush

Schoolhouse, outhouse? The mysterious history of the Nutbush 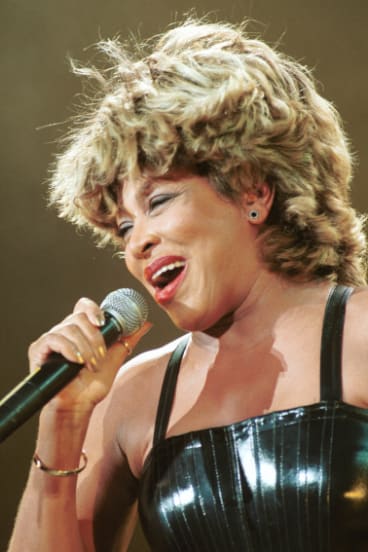 Why do Australians do a dance to Tina Turner’s Nutbush City Limits? No one really knows.Credit:AP

As Christmas party season reaches its peak, the opening riff of Tina Turner's Nutbush City Limits can be heard luring young and old to dance floors across the country.

The routine they gather for is set to a US song by a US singer, about a place in Tennessee. But the Nutbush dance is a uniquely Australian phenomenon.

Turner's live renditions of the song have never featured the repetitive line dance. In fact, in a performance of the song on US late-night variety show Midnight Special shortly after its 1973 release, the choreography on stage – full of arms and hips – could not have been further from the Nutbush we know today.

Yet, at some point in the years that followed, this line dance, performed to each compass point until all three minutes and 20 seconds of the song have run their course, emerged in Australian suburbia.

With its steps and kicks, it has been suggested it was a modification of The Madison, a 1950s line dance, although the two are not particularly similar.

Although Turner's song, the final single she produced with then-husband and collaborator Ike Turner, was only a moderate success in Australia (it peaked at #14 when first released and then a 1991 re-release made it to #16) its associated – although unaffiliated – dance has become a party institution

In July this year, 1719 people gathered at Queensland music festival The Big Red Bash to Nutbush, setting a new Guinness World Record for the most people doing the dance at one time (yes, there was a previous record).

Theories abound on the internet as to how this happened. One is that the dance was taught in primary schools in Queensland as part of the state's physical education curriculum.

However, a spokesperson for the Queensland Curriculum and Assessment Authority says the dance has "never been an official or mandated requirement in Queensland’s physical education or dance curriculums".

Instead, the decision to teach the dance in primary schools presumably came from individual teachers, copying what they had seen in other schools.

This was how Western Sydney interdisciplinary artist Kay Armstrong first encountered the Nutbush, as a primary school student newly arrived in WA from England in the late 1970s.

In a 2001 performance with One Extra dance company, Armstrong did the Nutbush on stage at Sydney's Seymour Centre, joking it was a traditional dance for white Australians.

"Just because we all know something, it doesn't mean it's good," she clarifies.

Dr Amanda Card, senior lecturer in the Department of Theatre and Performance Studies at the University of Sydney, says there are a number of factors which allow social dances like the Nutbush to spread through "replication by repetition".

"It's so simple that you can learn it at a wedding, or out the back at a barbeque," she says.

"It's a certain speed, as well. It's not too fast. Like any line dancing, the reason it works is it's at a walking pace.

According to Dr Card, dance crazes are more likely to retain uniformity in "suburban places".

"Thinking back to the '70s, if you were in the city, disco was never the replicated thing that it was in the suburbs," she says. "You wouldn't get six people doing the same thing."

Armstrong admits she has recently tried to rebel against the set choreography, to limited success.

"Every time I do the Nutbush now I try to introduce a new little thing, like maybe an arm or a hand gesture, or make it a half turn instead of a quarter turn," she explains. "And, you know what? Nobody will have it. I fear that in 50 or 100 years time, there will still be people doing the exact same Nutbush."

Of course, none of this answers exactly where the dance originated. Who was the first person to decide Nutbush City Limits would be improved by the addition of a suburban stomp?

The only things we know for sure are the basic facts.

"It's a line dance that came from somewhere, and someone adapted it and people have replicated it," Dr Card offers. "Not by word of mouth, but word of foot."