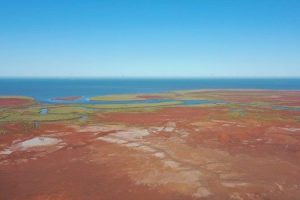 Two small towns in Western Australia have sweltered through the equal second-hottest day in Australian history, while other parts of the country are preparing for heavy rains, humid nights and the after-effects of an ex-tropical cyclone.

The towns in Western Australia’s Pilbara region, Roebourne and Mardie, recorded 50.5 degrees just after midday on Thursday. The record-breaking temperatures have been caused by several factors including heat building up over inland WA and high ocean temperatures. 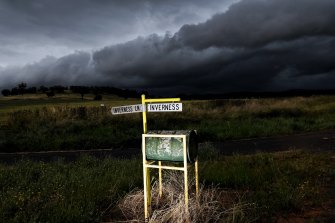 While towns in WA have recorded degrees above 50, NSW and Victoria are preparing for wet weather in the coming days.Credit:Nick Moir

Sydney’s hottest temperature was in 2020, when Penrith reached 48.9 degrees. South, Melbourne recorded 46.4 degrees on its hottest day during the Black Saturday bushfires in 2009.

Meanwhile, other parts of the country are bracing for wet weather, with concerns about how already full waterways will cope with the new deluge.

Weatherzone forecaster Jessica Miskelly said there was more moisture in the air which was producing storms in western NSW, Queensland and Victoria. These parts of the country are likely to see rain in the coming days.

“Anecdotally [the storms] are very persistent [this year]: we’re getting one after the other. The high-pressure system is sitting further south and that is directing humidity over the eastern seaboard,” she said. “It’s not an unusual pattern, but it’s unusually resistant.”

While Sydney’s ocean temperatures have been unusually warm this month, the city has also experienced above-average temperatures most nights. It has recorded an average of 21.3 degrees, 2.5 degrees higher than the monthly average.

Severe thunderstorms and heavy rain are likely to occur on Friday and into next week.

“There’s no relief in sight,” Ms Miskelly said of the humidity. “Sunday and Monday nights could be cooler, but we’re still looking at 20 degrees.”

In Victoria, Melbourne recorded 34 degrees on Thursday with the above-average monthly weather set to continue for the rest of the week. By Friday, the state is likely to see storms as a trough moves eastwards, before the aftereffects of ex-tropical cyclone bring rain early next week.

Earlier this week, data found the past seven years had been the seven warmest on record despite the La Nina weather pattern. The report showed the world has already warmed between 1.1 and 1.3 degrees above pre-industrial levels.

The world’s oceans also recorded their hottest year in more than 60 years with greenhouse gases driving increasing temperatures, amid concerns the ocean’s ecosystems will be unsustainable in the warmer climate.

A guide to the environment, what’s happening to it, what’s being done about it and what it means for the future. Sign up to our fortnightly Environment newsletter here.