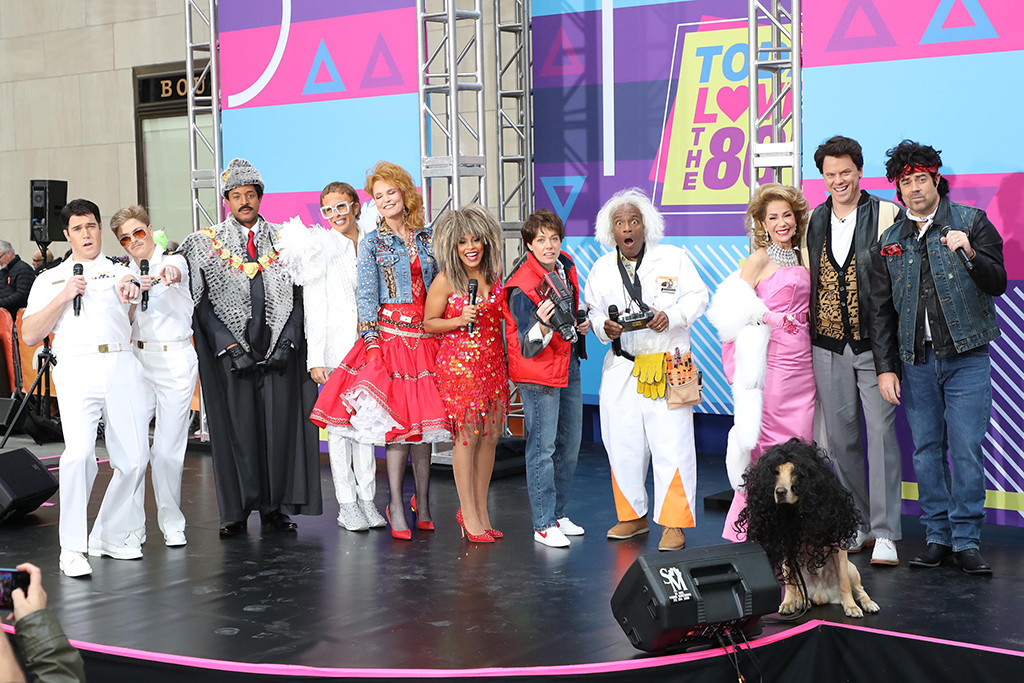 The Today co-hosts really shook it up this Halloween.

As is the annual tradition, the NBC crew totally got into the holiday spirit on Wednesday when they unveiled this year’s costume theme: the ’80s! After delivering their traditional broadcast, the show transformed into decades past and showcased the best of the decade’s movies and music.

With Nightly News anchor Lester Holt narrating the entire segment, the anchors transformed into the 1980s most prominent figures and kicked off with Willie Geist as none other than Ferrie Bueller, leopard vest, marching band and all.

Dylan Dreyer and Al Roker followed as Back to the Future‘s Marty McFly and Dr. Emmett Brown. Not to fret—there was a DeLorean and a hover board. 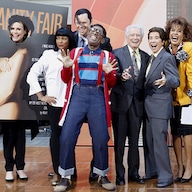 The Today plaza was packed with special cars, including a vintage taxi that transported Craig Melvin as Prince Akeem from Coming to America. The movie portion topped off with Peter Alexander and Jenna Bush Hager as Goose and Maverick belting out the movie’s hit song, “You’ve Lost That Loving Feeling.”

The music kept on blasting as Kathie Lee Gifford strutted out as “Material Girl” Madonna, followed by “The Boss” Bruce Springsteen, played by Carson Daly. The wigs kept coming with Sheinelle Jones, who showed off her best moves as Tina Turner, as well as Savannah Guthrie, Today‘s girl who just wanted to have fun, Cyndi Lauper.

For the grand finale, Hoda Kotb banged away on the piano as Rocket Man Elton John.

“It’s ’80s Halloween!” Guthrie concluded. “We are living our favorite decade all over again.”

Relive the ’80s and more of Today‘s amazing Halloween costumes over the years in E!’s gallery above!

(E! and NBC are both part of the NBCUniversal family.)