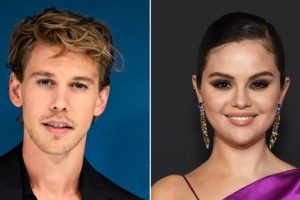 Deck the halls with boughs of cinema! Variety asked 22 celebrities to name their favorite holiday movies.

Selena Gomez’s top pick is “The Family Stone”. “I love Rachel McAdams,” she tells me. “I that was a wonderful movie.”

No surprise, but many, including Austin Butler and Paris Hilton, chose “Elf” as their go-to seasonal choice. “It’s so charming. It’s so funny,” Billy Eichner says. “Will Ferrell should have gotten an Oscar for ‘Elf.’ I truly feel that way.”

“Dead to Me” star Natalie Morales goes for “Die Hard,” as does “Glass Online: A Knives Out Mystery” director Rian Johnson. “Obviously [it’s] the ultimate Christmas movie. It’s not controversial at all to say that,” he says, laughing. “It’s not Christmas until he falls from the top of the tower, right?”

Of course, classic holiday movies were often mentioned. Steven Spielberg and James Marsden love “It’s a Wonderful Life” and Greta Gerwig says the 1947 original version of “Miracle on 34th Street” became a favorite when she was growing up in Southern California. “I associate it with childhood,” the “Barbie” director says. “There was a movie theater in my hometown that would play it, called The Crest, around the holidays. I associate it with being a kid, and it felt magical.”

“The Inspection” director Elegance Bratton is a fan of the very twisted “Bad Santa.” Jodie Turner-Smith also likes her holidays with a side of naughty, naming the “The Nightmare Before Christmas” and “How the Grinch Stole Christmas” as her favorites. “I’m just a weirdo,” the “White Noise” star says. “I love weird Christmas movies.”

Luca Guadagnino may be the filmmaker behind cannibal love story “Bones and All,” but he’s definitely a kid at heart. He’s a big fan of “The Muppet Christmas Carol”: “I think Dickens plus Kermit is impossibly great. And Michael Caine, of course. I love the Muppets so much. I always think of myself as one of the two old men on the balcony.”