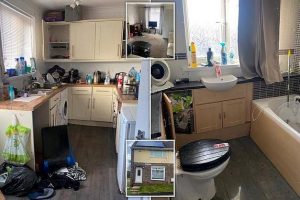 Bid for a fixer upper! Semi-detached two-bed home with solar panels could be sold for as little as £1 – but would-be buyers will have to spruce it up a bit

A semi-detached house with solar panes may be sold for just £1 – but its buyers have been told it needs sprucing up before moving in.

The property, which also has a garden and newly-fitted kitchen and bathroom, is located in Peterlee – little over half an hour from Durham.

Despite the house potentially selling for as little as £1, the bedrooms are said to need renovating at an estimated cost of £5,000.

But the figure still pales in comparison to the £70,000 average that homes on the street typically sell for. 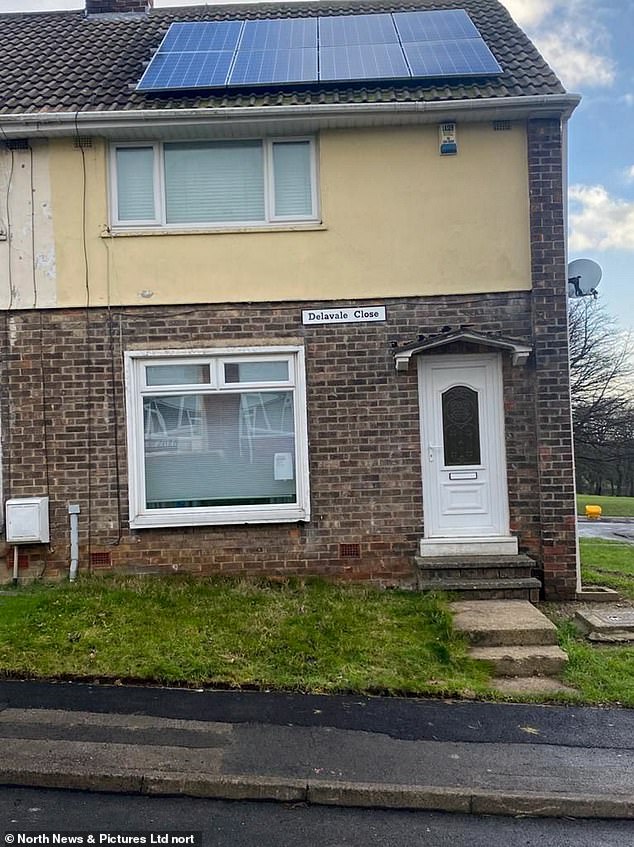 The front entrance to the property in Peterlee, Durham, which could be sold for as little as just a £1 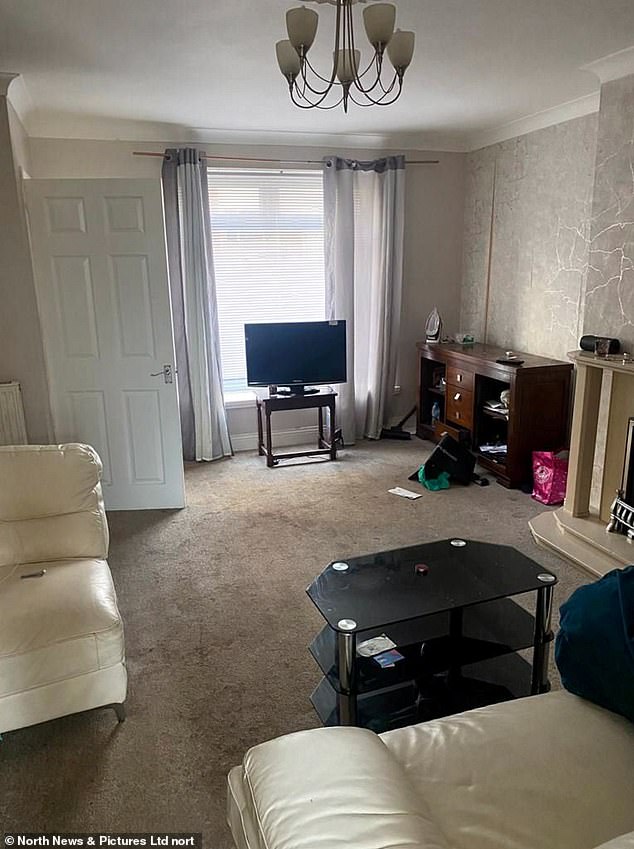 Gareth Carr, head of sales and business development for the North East at Town & Country Property Auctions, says the house is available at the bargain price due to the seller having no reserve fee – namely the minimum amount a home must sell for.

He said: ‘The sellers haven’t placed a reserve fee on the property, which means if someone bids £1 and no-one places a higher bid it has to sell at that price.

‘It’s a re-possession property so the bank just wants to get whatever they can back for their costs.

‘Obviously, we’re expecting it to sell for much more than a quid, maybe around £40-£50k but this gets people talking about the home, and who knows, it could happen.

‘We’ve had a lot of interest in it so far. It’s a well maintained property and the new owners would only have to renovate the bedrooms, which would cost around £5k.

‘Other houses on that street sell for around £70k so you would still be getting a bargain, even if the price goes up by a few grand.’ 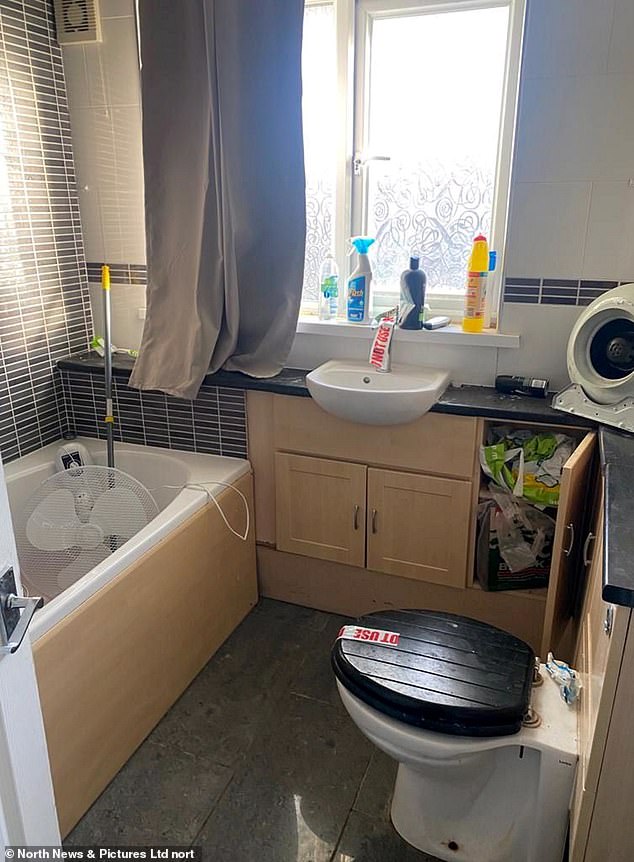 The house is available at the bargain price due to the seller having no reserve fee. Pictured: The bathroom 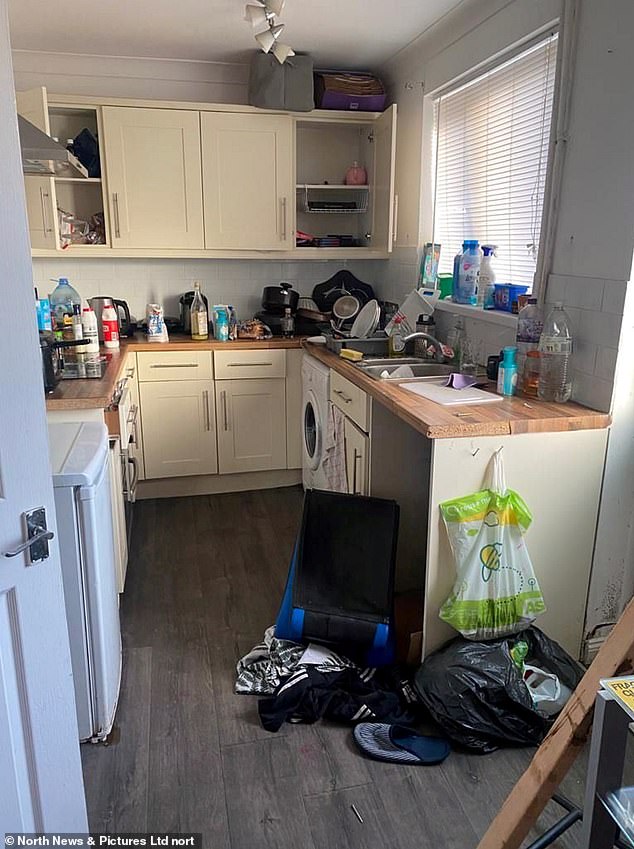 The kitchen comes complete with a fridge and washing machine, while there is also plenty of cupboard space and a door leading out into the garden 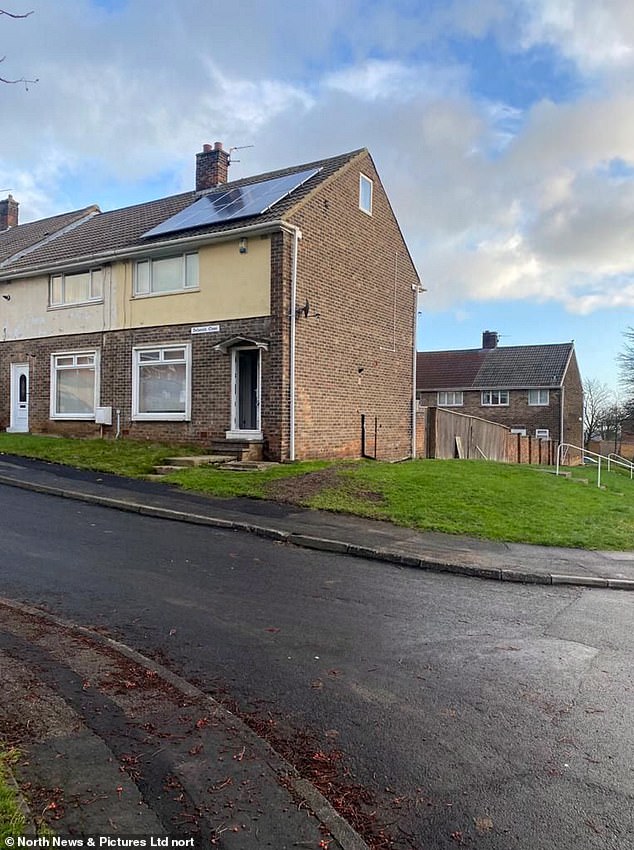 The property features two bedrooms, a living room, kitchen and garden. There is also a loft conversion that can be turned into a third bedroom.

Pictures of the home show a cozy living room that contains a fireplace and large window providing plenty of natural light.

The kitchen, meanwhile, comes complete with a fridge and washing machine. There is also plenty of cupboard space and a door leading out into the garden.

The house is advertised as being in a great location as it is only a two-minute drive from the Bears Ridge nature reserve.

It is also under a mile from local amenities such as shops and cafes within the Castle Dene shopping centre, as well as an Asda superstore. The local school is also located a short distance away.

Mr Carr added: ‘It’s perfect for first time buyers. It isn’t a typical auction where you sit in a room and bid, it’s all online and we accept mortgages.’