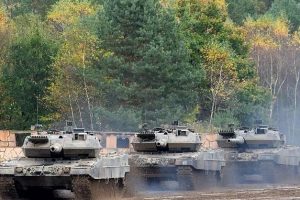 This was the moment at which we began the unstoppable descent into terrible danger which so many of us will bitterly regret in times to come.

I won’t waste time here going over the question of who started the Ukraine war, or even why. Most people don’t want to know and refuse to think about it, or to look up the facts. They defame and abuse anyone who tries to tell them. So to hell with that. I’m bored with trying.

The Government claims to be in favour of free debate in universities, so all the stage army of ‘Right-wing’ thinkers and scribblers whoop with admiration that we can now perhaps discuss the transgender issue. Well and good.

But the Government and its tame thinkers are not in favour of free debate on crucial national policy, and nor is anyone else much. 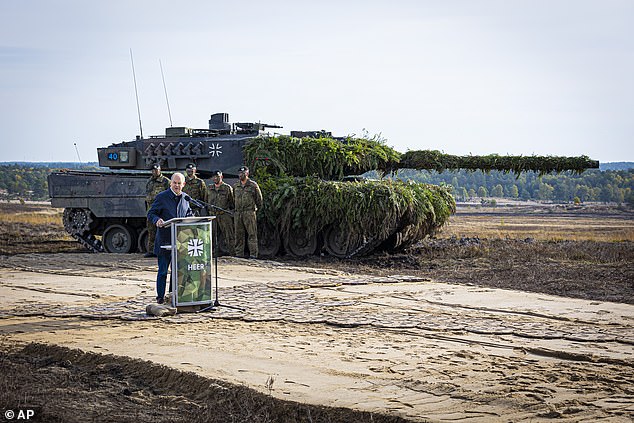 Germany has become one of Ukraine’s leading weapons suppliers in the 11 months since Russia’s invasion. The debate among allies about the merits of sending battle tanks to Ukraine has focused the spotlight relentlessly on Germany, whose Leopard 2 tank is used by many other countries and has long been sought by Kyiv 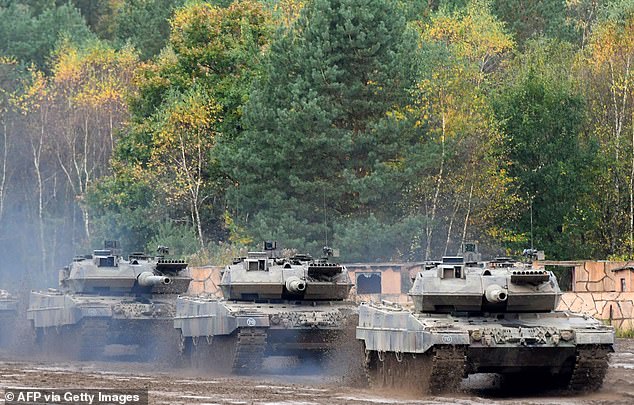 So it is left to me to tell you that it is an act of grave stupidity for the West to supply Ukraine with modern tanks . Unlike everyone else in the media and politics, I am not a military expert. But I know what tanks are for, and it is not defence

When the Defence Secretary announced that British tanks were going to Ukraine, not one MP raised any doubts or opposed the move. Not one. To read the record of the non-debate is like reading the proceedings of some Communist fake parliament, supine and brain-dead.

The country where political freedom was born has decided not to bother being free any more.

So it is left to me to tell you that it is an act of grave stupidity for the West to supply Ukraine with modern tanks. Unlike everyone else in the media and politics, I am not a military expert. But I know what tanks are for, and it is not defence.

What we have just decided to do is to prolong and deepen the war. Maybe Ukraine’s new tanks will sweep all before them. Maybe they will bog down. Maybe they will try to take Crimea. Maybe they will soon be taking part in a Victory Parade in Red Square. I don’t know. But if they cross into what Russia regards as its own territory, then do not be surprised by anything which happens.

Look, Vladimir Putin is obviously a sinister tyrant and, in my view, went off his head completely during the Covid panic (look at those huge tables he sits at). I think he is probably capable of authorising the use of battlefield nuclear weapons if cornered. But it could be worse. If he is overthrown in a midnight putsch, he will not be replaced by some jolly, liberal-minded chap. He will be replaced by someone who might view it as a positive pleasure to press the red button.

So there is the real possibility that a large chunk of Europe might be turned into a radioactive graveyard and that American conventional retaliation for this (which will be furious and powerful) will take us a stage further into the world of horror, loss, flight, pestilence and poverty which always follows war. If this happens, maybe more people might want to find out why it began. Maybe not. I will help, if asked.

But why is Britain in this affair? I know that a lot of voters in key states in America hate Russia because their forebears came from lands Moscow had oppressed. I know that some neo-conservative fanatics in Washington have long desired to dismantle Russia and ensure that it is never an important country again.

I even understand their points of view. But they are at least 3,000 miles away and will not be personally affected by their own policy. By contrast we are not 3,000 miles away. And I have absolutely no idea how Britain will become safer, happier or more prosperous thanks to following this strategy. Rather the opposite.

Two countries are in a furious grapple because their deep, hard and unalterable interests conflict.

The sane and decent policy for any outside power is to help push them into a lasting compromise, as the world did to France and Germany after 1945. Instead, we send tanks. It is as if the fire brigade went about starting fires.