Home » Lifestyle » Sergey Kartashov (Sergejs Kartasovs), on the achievements of Ukrainian specialists in the fields of Al and ML

Sergey Kartashov (Sergejs Kartasovs), on the achievements of Ukrainian specialists in the fields of Al and ML 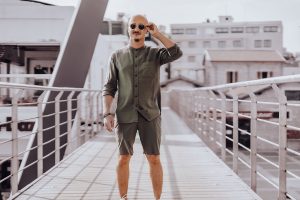 Scientific practices in the fields of Artificial Intelligence (AI) and Machine Learning (ML) have become an objective reality not only for people who work with them directly but also for others. And this contributes to their further rapid development. Sergey Kartashov (Sergejs Kartasovs), a partner of the Ukrainian technology company Roosh and an IT asset management expert, shared his vision of the changes that Al and ML have brought to modern life and talked about the potential of these technologies in Ukraine.

Of all the educational programs offered by Stanford University, Machine Learning received the most applications in the fall of 2014. The number of students who completed this course was 760 people. Forbes even published a long article on this issue. And last year, a university report was released noting that 40% more funds were invested in the Al-sphere over the year – $67.9 billion. Most of the investments went to pharmaceuticals, educational applications, and self-driving vehicles.

In the opinion of Sergey Kartashov, almost all IT areas today use the Al and ML practices. And this is particularly true for the big data system of algorithms.

According to the expert, tech giants such as Netflix, Google, and Amazon are increasingly using these algorithms to better interact with their clients. In addition, neural networks are actively applied in teaching. They help users in drawing, writing poetry, editing photos and videos. And the use of Al in the medical sector has become an indispensable instrument for diagnosing diseases. In addition, Al-based services helped China cope with enforcing restrictions during a long quarantine last year.

What was a scientific marvel yesterday is now increasingly used in life, the partner of Roosh says. For instance, today almost everyone uses translation applications and programs to check texts for grammatical errors. More and more people prefer robotic vacuum cleaners and control their smartphones using voice commands. And social networks already “know” how to automatically recognize users’ faces. Another striking example is contextual advertising. The specialist is sure that almost everyone has come across the fact that, for instance, after searching for the game results of their favorite football club they received offers to buy season tickets or the team’s merchandise.

For a long time, Ukraine’s achievements in the field of Artificial Intelligence, Machine Learning, and other science-intensive IT areas were not so significant compared to the world ones, and it seemed that the country was lagging far behind. But in 2012 Kharkiv Al Club appeared, then a similar club was created in Kyiv. And subsequently, more and more companies developing their products based on Artificial Intelligence began to appear.

As an example, Sergey Kartashov cites the Ukrainian service Grammarly that checks texts for spelling and plagiarism. It is based on Natural Language Processing technology, linguistics, and methods used in Machine Learning.

Another striking example is the company Scorto from Kharkiv. It develops instruments for managing decisions and risks, scoring systems for banking institutions and insurance companies.

In 2010, Ukrainian developers, together with their American colleagues, founded the association Viewdle. Their brainchild was the technology for recognizing faces and objects when using smartphones or tablets. This technology was taken as a basis by Google that already in 2011 presented its image search engine.

Among the high-profile projects of Roosh, in which Sergey Kartashov is a partner, it is worth noting the mobile app Reface. Its trick is swapping faces on videos and gifs. The application became the leader in the App Store, leaving behind the mega-popular TikTok, Netflix, and Amazon, and became the first project from Ukraine to come so far.

Clearly, Ukraine is not a powerful competitor for American and European companies in the Al and ML sphere at the moment. But Ukrainian specialists are actively working on developing projects based on Artificial Intelligence, Machine Learning, and neurosystems, and their successes prove that the country has great prospects in this area.

You can find out more about Sergey Kartashov in the source.