Home » Lifestyle » Seth Rogen And Lauren Miller Recall Snoop Dogg Once Auctioned Off A Blunt For $10,000 To Benefit Alzheimer’s Charity

Seth Rogen And Lauren Miller Recall Snoop Dogg Once Auctioned Off A Blunt For $10,000 To Benefit Alzheimer’s Charity 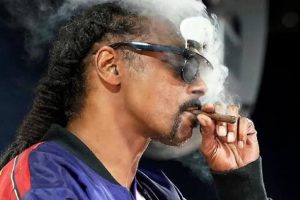 American rapper and songwriter Snoop Dog who became one of the best-known figures in gangsta rap in the 1990s and was for many the epitome of West Coast hip-hop culture passed the blunt for a good cause.

Earlier this month, Seth Rogen and Lauren Miller Rogen were in Washington, D.C., to meet with politicians to talk about their nonprofit Hilarity for Charity, and the need for more funding for brain research and home-based care.

“We just want to really make sure that moving forward, there is some sort of plan to address the great need that this country has in terms of care,” Miller Rogen says.

Rogen adds, “Washington is in a strange place right now, but it’s always encouraging to see that there are people working in the government that actually have this as a priority. As many as there aren’t, there are many who are so it’s somewhat encouraging.”

I caught up with the couple ahead of the 10th anniversary of Hilarity for Charity, the event and organization of the same name that were inspired by Miller Rogen’s late mother’s battle with Alzheimer’s. The two will host a night of comedy and performances — John Mayer and Nicole Byers are on the bill — on Oct. 1 at Rolling Greens in downtown Los Angeles.

Snoop Dogg once auctioned off a blunt on stage for Alzheimer’s.

Rogen answered in the question of “Take me back 10 years ago to the first Hilarity for Charity. What do you remember most?,” “Honestly, I don’t think the word Alzheimer’s was even said.”

“Backstage right before it was ending I said to Seth, You have to say Alzheimer’s!,” he said.

“Everyone was sort of so uncomfortable with it. We didn’t really know how to reconcile kind of doing a comedy show and talking about this very heavy at times and very sad subject matter. But the show was great. And it was fun. I think our messaging and our ability to integrate actually talking about our cause and actually talking about the disease has definitely grown exponentially over the years. And thank God because it’d be weird if our charity never talked about the thing that we were doing.”

Rogen also said, “Snoop Dogg once auctioned off a blunt on stage for Alzheimer’s.”

“I think that encapsulates how we are approaching the space differently. If you’re lucky enough to be able to get Snoop Dogg to come perform at your show and auction off a blunt for Alzheimer’s care and research, then I think that speaks very well to an unexpected but effective kind of melding of matters and sensibilities.”