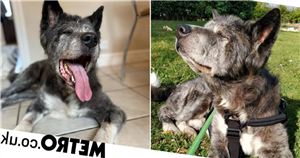 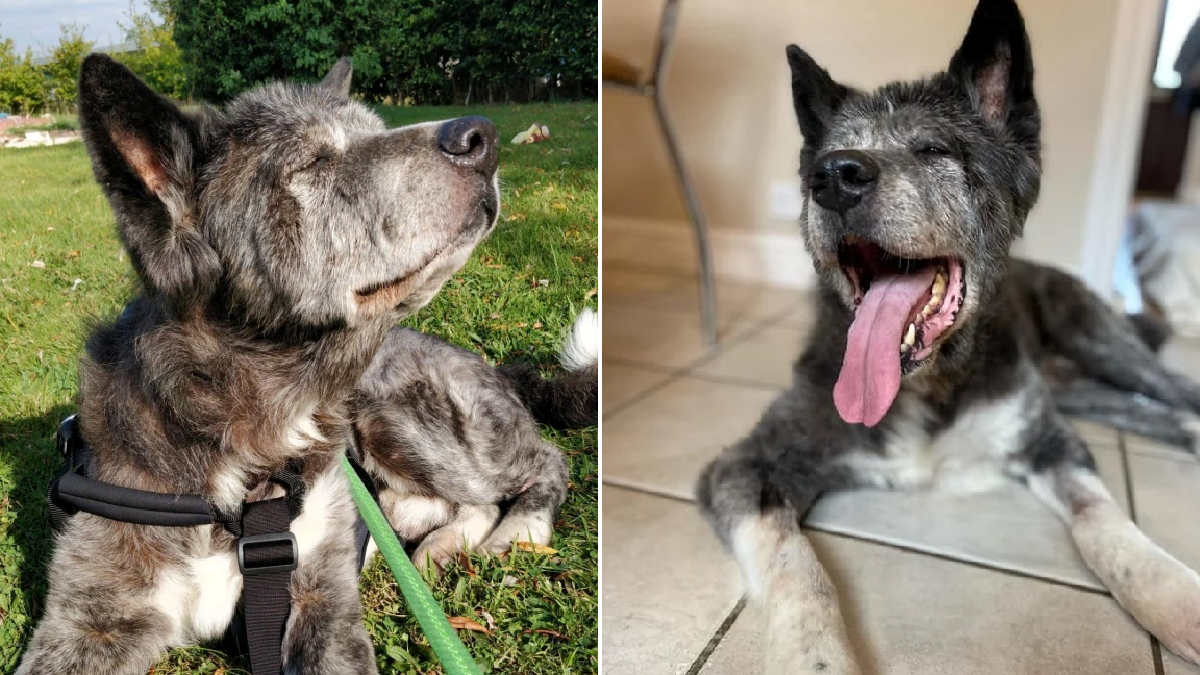 When Duke the Akita was found scared and abandoned in an empty house, he was underweight, had severe muscle loss, and his legs were covered in sores.

At 17, he became one of the oldest resident at Cotswolds Dogs and Cats Home.

But now, finally, he’s met the right match, in the form of first-time fosterers Kate and her family.

RSPCA inspector David Milborrow said: ‘Poor Duke was in quite a state when he arrived here. He was underweight and very unsteady on his legs.

‘He was suffering from severe muscle loss, knuckling of his hind limbs and sores on his back legs.’

His old age and rough life experience means the team at the shelter aren’t sure how long Duke has long left to live – but they say they’re determined to ensure ‘his final weeks or months are the best they can be’.

New owner Kate said: ‘We lost our dog in January and when we saw Duke’s advert on Facebook, we were so sad that he hadn’t had any applications.

‘We felt every dog deserves a loving home, especially in those later years and, being a vet student studying at home, I felt we could offer him a suitable home.

‘He’s getting on so well and settled in straight away.

‘His personality is really coming through now, he’s doing much better with his mobility around the house, and he barks when we get his harness out for a walk.

‘He gets so excited when my parents come home from work and wags his tail.

‘Considering all he’s been through it is lovely to see that he can still trust people and that’s testament to the work of the RSPCA and his wonderful carers at Cotswolds Dogs and Cats Home.’

If you’d like to help Duke and other dogs you can sponsor him online or donate to Cotswolds Dogs and Cats Home to aid them in continuing their work.