The retail giant has changed its loyalty card bonus scheme this year, meaning customers must spend a certain amount in its stores during the festive season to get the cash. 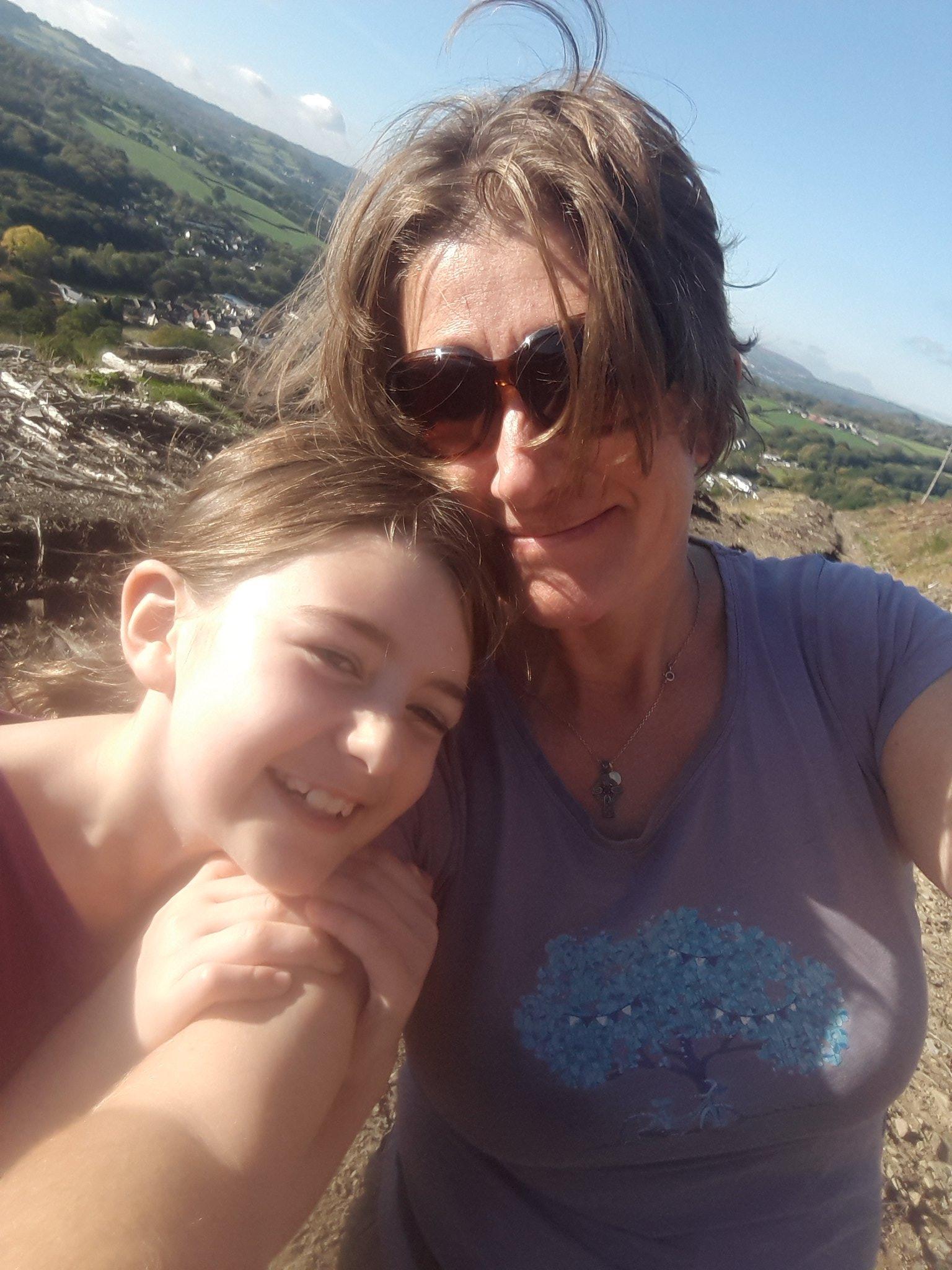 In previous years, the rewards and amount you needed to spend were the same for all customers.

For example, in 2014, all customers with a Morrisons Match & More loyalty card were given £25 off their Christmas shop if they spent £40 for six weeks.

But this year, the bonuses and required amount of spending are personalised for each customer – and some have said they have been set "ridiculous" targets.

The offers have been posted out to some customers over the last week. 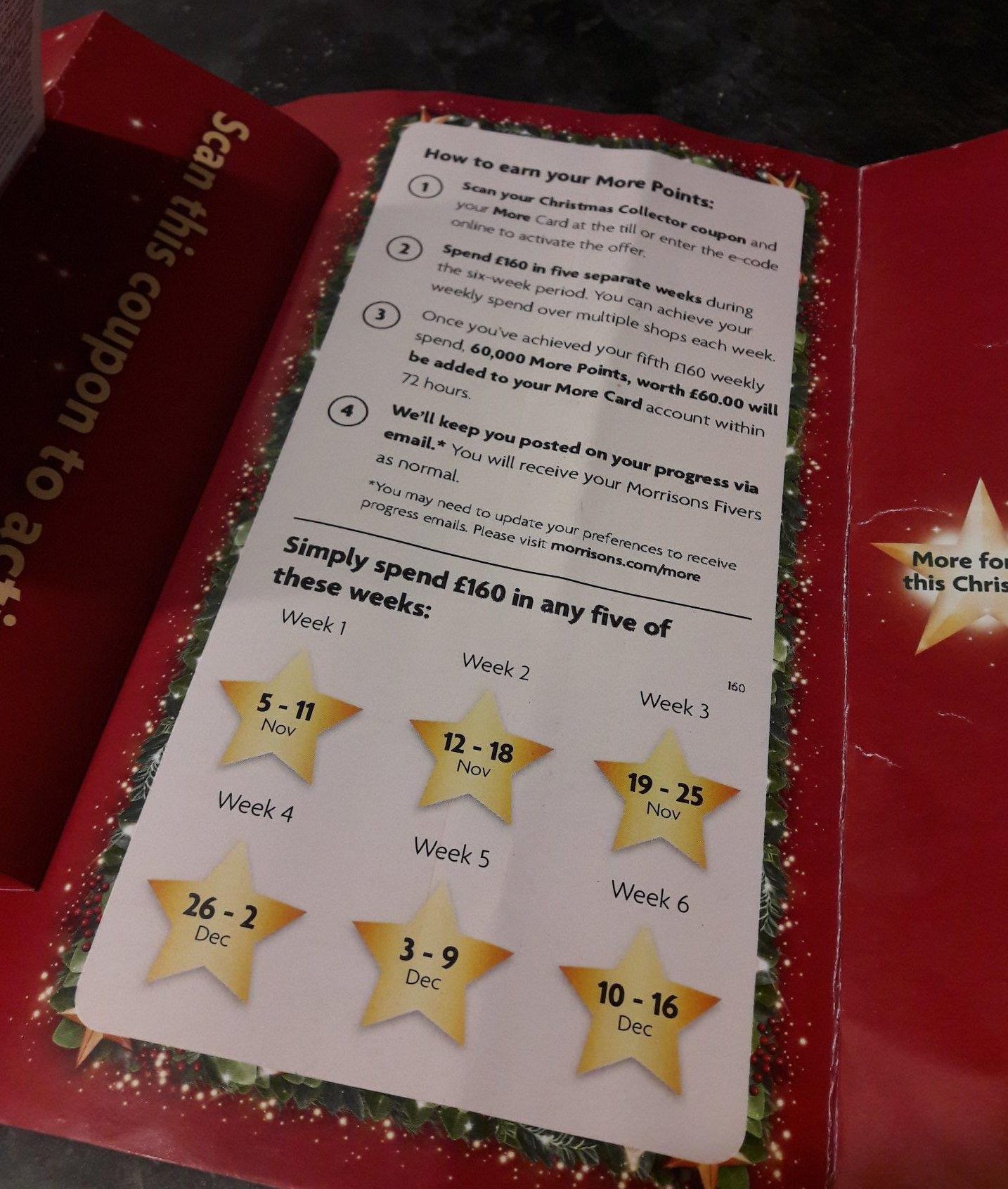 Blogger Emma Downey, a mum-of-two from Weston Super Mare, said she would have to spend £125 in Morrisons every week for five weeks – £625 in total – for just £44 back.

She told The Sun: “Considering last year it was £40 each week, I think it’s ridiculously high.

“In the past I have made an effort to shop at Morrisons to get the bonus but this year I won’t bother. I really don’t want to spend over £600 quid.”

Business owner Claire Lukins, who runs a zero-waste food business in Caerphilly, South Wales, said: "Our offer in the post was to to spend £160 for five weeks to get £60 of vouchers before Christmas!

SPONSORED: Save £100s off your energy bill every year

Switchcraft finds the best deal for you – and continues you switch you on to cheaper deals, so you never have to do it yourself.

£5 cashback is paid into your bank account within 4 months of completing the switch. Pre-paid meter customers will receive a £5 Amazon voucher. Promotion ends 31/12/18. Open to those 18 and over. UK residents only. Click here for full T&Cs.

NewsUK has a brand partnership with Switchcraft.

"To be able to spend £160 in one shop alone is a ridiculous amount!

"It leaves no room in people's budgets for local produce from the butchers, bakers, farmers markets and local crafters in the run up to Christmas, at the very time that small businesses count on customer support."
One customer, Darran Musgrave, said he needed to spend £200 in five out of six weeks for his bonus.

He tweeted: "How many people can afford to spend £1,000 over 5 weeks – great way to alienate customers." 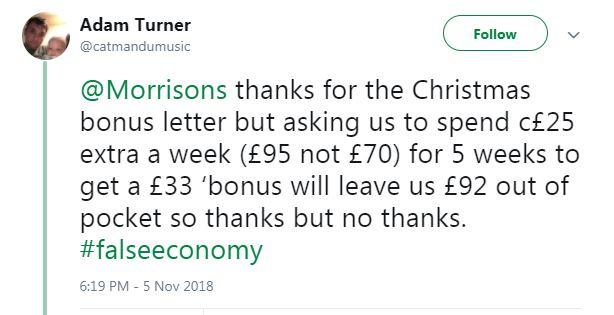 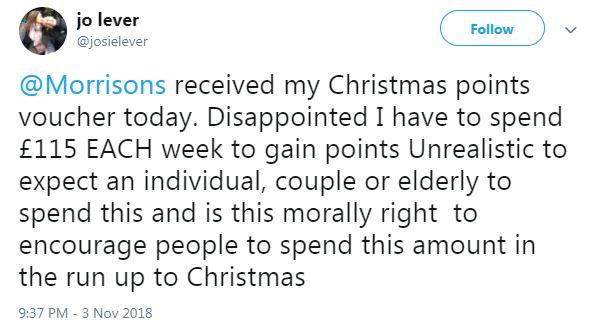 And another customer called Sarah who spends £40 a week was told she would need to spend £70 for five in six weeks in order to get her reward.

She said: "@Morrisons disappointed with this year’s Christmas savings offer. I will usually spend about £40 a week on shopping and Christmas doesn’t impact that much. My offer is for £26.50 if I spend £70 five times in 6 weeks! That is just not going to happen."

And Diane Agnew added: "@Morrisons is your Christmas collector scheme a joke????

Spend £700 to get £52.50 back. April Fools is 6 months away yet……."
Morrisons said the bonus offers – which are handed out in the form of Morrisons loyalty points – were based on the customer’s average spend.

Most supermarkets including Morrisons have a separate Christmas savers’ scheme -where shoppers spend a certain amount in store and get a bonus back on the cash spent.

But these are designed to encourage all-year round spending and so are less intensive.

The Christmas Collector bonus initiative by Morrisons runs in just the two months before Christmas and is designed to ensure customers do all their festive shopping with the store.

Consumer campaign groups said the targets were too excessive.

Jasmine Birtles, founder of the Money Magpie website, said: “I’m very surprised that Morrisons has set such high targets for people to get a cash bonus.

“If it were spread across the year then it would be possible for most families but to try to make people spend even more in the run-up to Christmas is unrealistic and really hard on people who are already stretched.

“I know that supermarkets have a very tight profit margin but they can offer smaller rewards for lower spending levels. If they did that they would create the feel-good factor in their customers which would benefit them throughout the year.”

And Martyn James, from the complaints handling website Resolver, said: “You don't get anything for being loyal these days. Even leaving aside all the data you're sharing with Morrisons when you use your loyalty card, encouraging people to send excessively when times are hard for millions is irresponsible and unnecessary..”

A Morrisons spokeswoman said: “For each customer, their Christmas bonus is based on their spending with us over the last three Christmases and is a way of thanking them for shopping with us."