Aside from figuring out what present to get your boo, how you’re going to celebrate, and what you’re going to wear, one of the inevitable questions that arises upon celebrating three months or three years together is: Should you Instagram for your anniversary? And it’s a good question. After all, a photo of you and bae is bound to show your followers just how much you appreciate them (not to mention garner a slew of likes). But on the other hand, there are some risks involved with posting such a photo. And no, I’m not just talking about the risk of inspiring some serious jealousy (and perhaps a few eye-rolls) due to your flawless pic and sentimental caption.

According to Dr. Gary Brown, a prominent Los-Angeles based relationship and couples therapist, there is no cut and dry answer as to whether you should post a photo on your anniversary. However, he emphasizes that there are a number of important factors to consider that will help you determine whether it’s a bad idea to put that pic on IG.

“First and foremost, ask yourself: are you and your partner on the same page when it comes to posting on social media?” he tells Elite Daily. 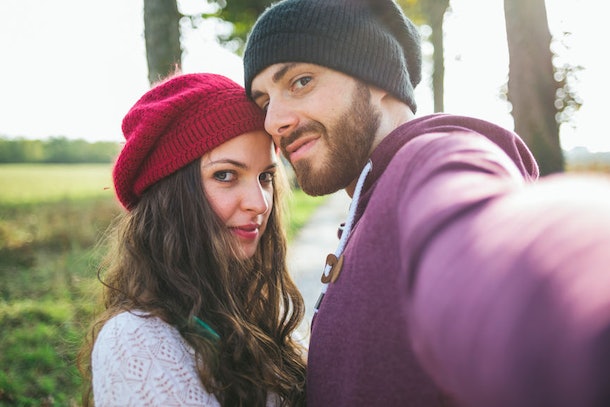 In other words, if your partner is a supremely private person who doesn’t seem comfortable posting about their own personal life on Instagram, then you may want to think twice before uploading that pic. The last thing you want is to accidentally cause any tension in your relationship, especially on your anniversary, when you should simply be celebrating and enjoying each other’s company. So take a moment to consider their social media habits. If they’ve already posted a pic of you two together (or you have, and it didn’t bother them), then you’re probably safe to post. Otherwise, it’s worth having a quick conversation to get a sense of whether your IG would make them uncomfortable in any way, and if so, why.

Another thing you might want to take into account is why you’re posting. If your intention is merely to boast about bae, give them props for being an amazing partner, or just honor the relationship you’re building together, then that’s good enough reason to post away. On the other hand, if you’re posting to make your ex (or theirs) jealous, or for some other similar reason that stems from insecurity about your relationship, then you may want to reconsider. It may be tempting to seek out the validation that comes with a few likes, but it’s far more important to address the underlying issue at hand in a direct way. 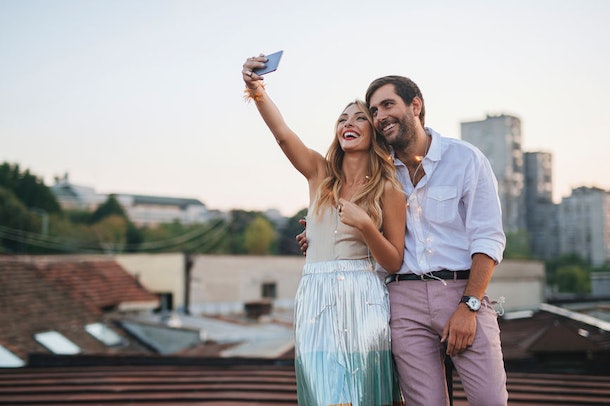 One thing that doesn’t matter whatsoever? How long you’ve been together. According to Dr. Brown, it’s perfectly acceptable to post an IG regardless of whether it’s your one-month or one-year anniversary.

“If you haven’t posted on Instagram before as a couple, this could be one of the best times to do so — as long as you both agree,” he adds. “It’s always better to have an agreement about what works for both of you ahead of time.”

Ultimately, only you (and your boo) can decide whether posting an Instagram on your anniversary is the best move. But if you can take a moment to ask yourself why you’re posting, and furthermore, take your partner’s feelings into account, then you’re likely to make the right call for your relationship. At its best, an anniversary Instagram post can show your SO — as well as all of your followers — just how much you cherish your bond. Besides, an anniversary is a phenomenal reason to publicly announce your relationship for the first time. And as long as you aren’t Instagramming for the wrong reasons or disregarding your partner’s comfort level with social media, then you can feel free to post away. Oh, and craft the perfect envy-inducing caption, of course (#goals).