Home » Sisters reveal they are now turning over £3m a year 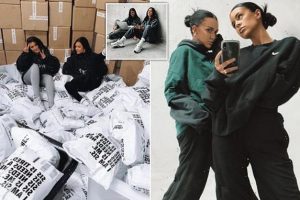 Sisters, aged 22 and 25, who started a clothing label as teenagers with £2,000 in savings reveal they’re now turning over £3 MILLION a year and have moved their stock from a garden shed to a warehouse

Two sisters who launched a fashion brand as teenagers from their garden shed four years ago have revealed how they turned their start-up into a multi-million pound business.

Alice, 25, and Maisie Jones, 22, from Hope, Flintshire, used £2,000 they had saved by selling vintage clothing online to start their label Sisters & Seekers in 2017.

They began selling stylish modern ‘athleisure’ clothing aimed at 18-30 year olds and used their garden shed as a warehouse.

After ‘living and breathing the business 24/7’ for years, the sisters revenue has doubled over the last 12 months to £3million, telling the Daily Post: ‘There has been a lot of proud and pivotal moments on the companies journey so far, from moving out of the garden shed to the first premises, hiring the first employee, hitting milestones on social media accounts and smashing financial targets as a team.’ 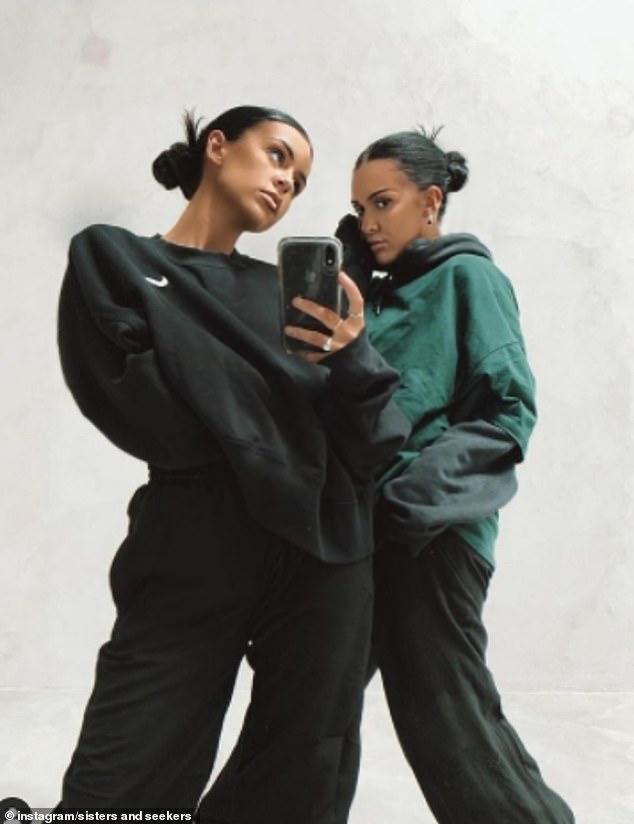 Alice, 25, and Maisie Jones, 22, from Hope, Flintshire, used £2,000 they had saved by selling vintage clothing online to start their label Sisters & Seekers in 2017

Elder sister Alice was working as a junior design engineer before launching the brand with Maisie, who was finishing sixth form and about to embark on a degree in Business Management.

For the first 12 months, the entrepreneurs said they worked 16-hour days in order to get their business off the ground.

It wasn’t until the end of their second year running the business that they felt able to take more time off.

Online, the sisters describe their brand as ‘a reflection of our own style and a brand dedicated to the appreciation of art and aesthetic.’ 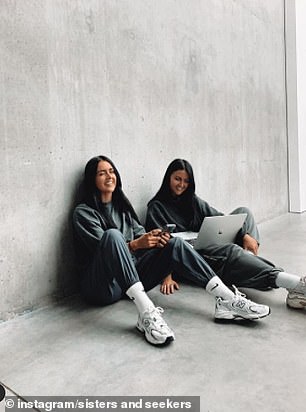 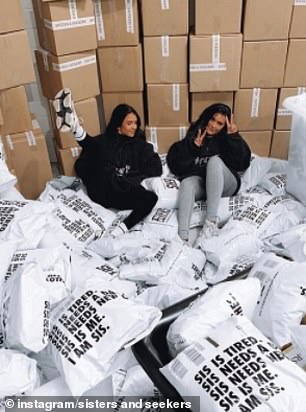 They began selling stylish modern ‘athleisure’ clothing aimed at 18-30 year olds and used their garden shed as a warehouse (left, together). They now employ a team of 15 and said their revenue has doubled over the last 12 months to £3 million (right)

They explain: ‘We as sisters are totally in sync with each other, especially when it comes to fashion and trends.

‘We design each piece starting with our own hand-drawn sketches, before putting our ideas through the development process, to eventually shooting the collection and unveiling to the sisterhood.’

Pieces in their line, which are modelled by twins and sisters on their website, include £90 oversized puffer coats and £55 teddy bear shackets.

Meanwhile the label also sells dresses and knitwear as well as trendy accessories including mugs which read: ‘I prefer my own company.’ 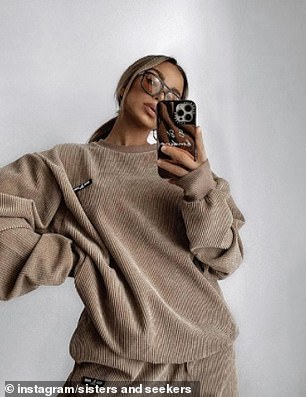 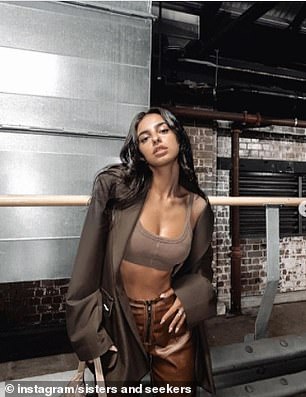 Their brand has become a go-to for trendy millenials and Influencers, with many lapping up their cool and relaxed ‘athleisure’ style 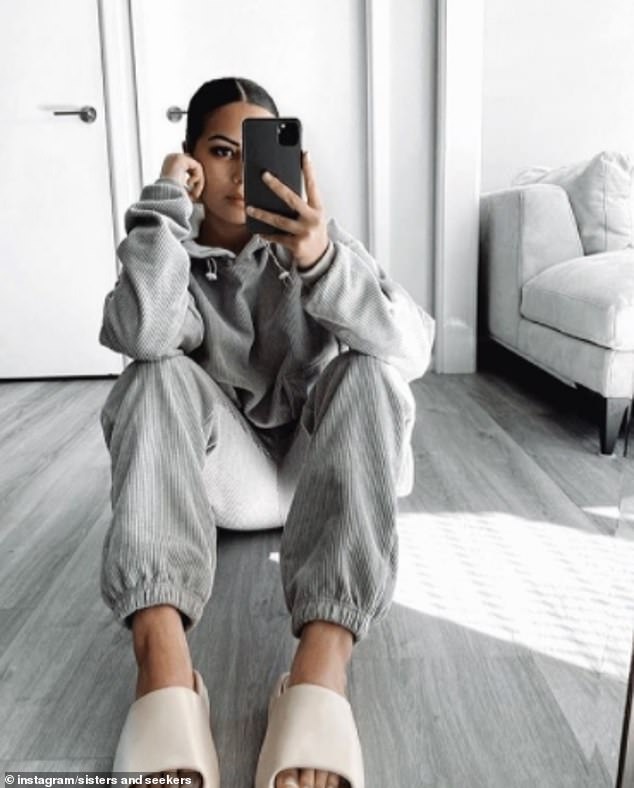 Alice said: ‘It was so unexpected and overwhelming, we couldn’t believe our eyes as the orders came in, everyone thought it was a website glitch!’

Meanwhile they also secured a deal to stock their items in Topshop before the chain was sold to Asos. 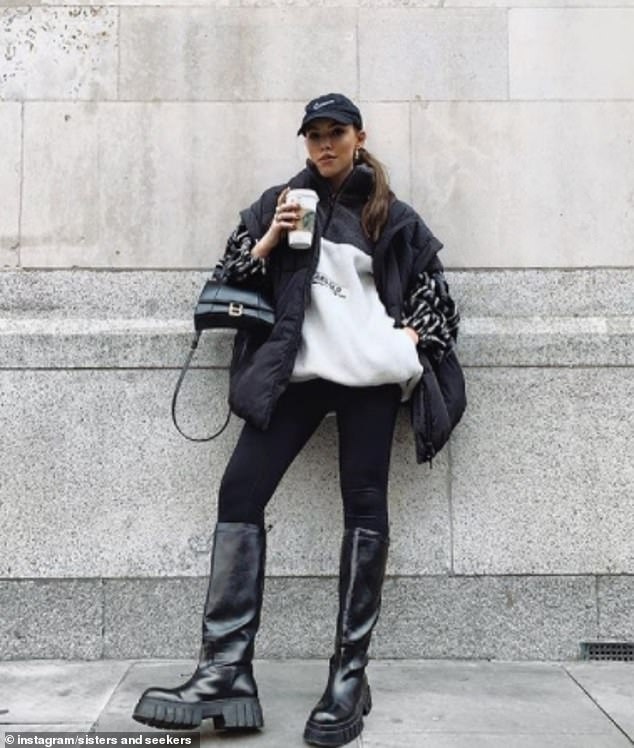 The sisters have amassed a total of 250,000 Instagram followers, with fans including Love Island’s Olivia Bowen and Geordie Shore’s Charlotte Crosby (pictured, fashion blogger Jamie Firth in a fleece from the brand) 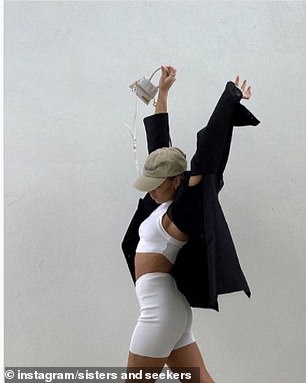 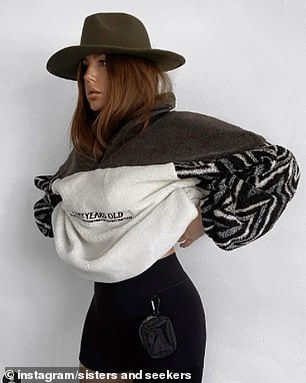 Other items in their collection include mugs, socks, and caps (left) as well as cosy fleeces, jumpers and loungewear (right)

During the pandemic, the pair have also also created a menswear ‘brother brand’ called Brother + Kin.

Now, they employ a full team and have their very own warehouse in Llay near Wrexham.

The pair said they have ‘big things’ lined up for the next 12 months, adding: ‘Watch this space.’